The NOCS NS800 v2 is Q-Jay size, no doubt helped along by the micro single BA at the heart of the system. Now I am unsure at the time of writing if this is one of the Knowles driver variants such as you find in the Rock-IT R50 or the DBA MK-2 but the certainly the build quality and size is super tiny and very well made. The NS800 shell is crafted from aluminum and feels pretty solid and well built with good finish. Nocs are aiming more for the minimalist bullet design over the more bulbous dual-BAQ designs from FA or Rock-It. They do feel better made than the q-jays also which have a relatively similar design.

The NS800 thankfully has, in relation to it’s tiny size, a relatively large cable relief strip at the base of the shell which is comforting but in going for thin and white or black (perhaps a nod to the igadget crowd) I felt the cable to be somewhat cheap and average looking in relation to the unit itself. RHA set the standards in terms of tough cabling with well made IEM units for me personally and, for the price, I would love these to have a nylon cloth finish if anything just to try combat the memory retention that creeps into the NS800 a little. 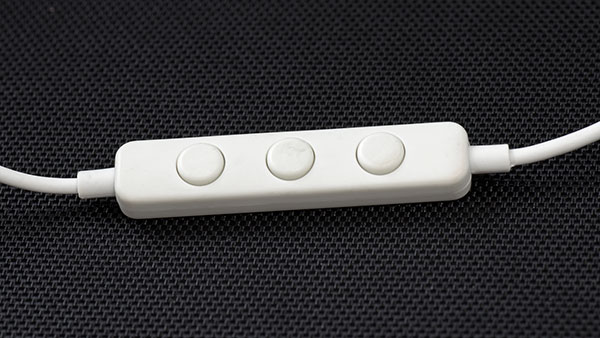 The termination is a standard 3.5mm gold plated jack with a slightly understated mic and remote control 3 button panel (much like the A-Jay’s) on the right y-split and an airplane adapter plug all neatly tucked away in a rather nice little suede squared off soft zipper case. The tips come in mainly clear silicone and a set of black tips in small medium and large in a clear plastic bag along with a shirt clip. It pretty much feels about right for this price although Westone and FA do throw in some flange and cleaning tools which would have been nice but overall no complaints. 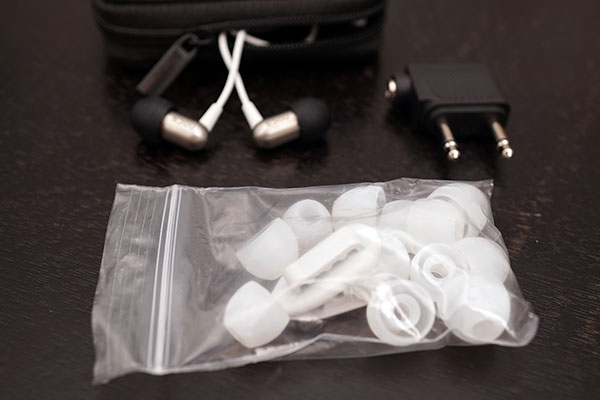 Just to mention the NS800 does suffer a bit from microphonics but you can lesson the effect and seal by throwing the NS800 overear rather than straight down. For me personally they fitted better over than straight but again your mileage may vary. The seal itself worked pretty fine with the stock tips and as I write once again I cannot find any other tips that officially will fit the NOCS NS800 from the likes of Comply so this review is done entirely with the stock line-up.

Once fitted the NS800 physical presence quickly gets lost due to its small size and weight and better than average seal. It really is nice for once to have a tiny and light universal IEM with little or no ear manipulation. I hardly felt it there after a while.