And it they could talk what would they say about these headphones because the last thing I expected in this crazy world of cans was a tribute to Pirate Bay. The Ironic thing is though, and you really have to laugh at this, is the fact they don’t need copyright permission to use the name Pirate Bay on the merchandise. So this is not officially endorsed but then nothing can be officially endorsed as far as I am aware regarding this infamous site so lets just gaze at this wondrous incarnation with a wry smile and try them out. 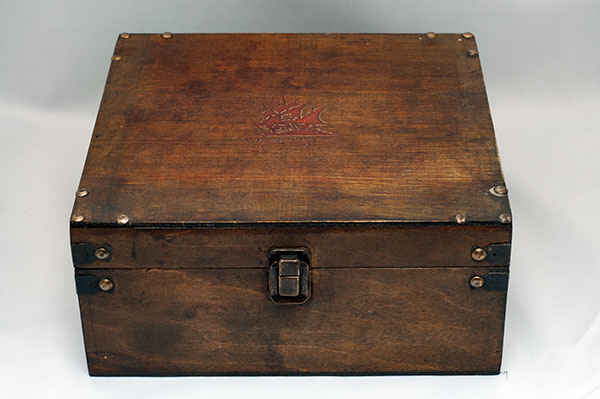 Let’s start with the box because to be frank the box is outstanding quality and one wonder’s if a substantial chunk of the pricing goes into the box itself. I wish all headphone manufacturers could think of a cool box like this. The box is made of real wood with nicely aged joints and the all-too familiar Pirate Bay logo branding on the top. Yup it is a treasure chest of sorts – kind of cheesy but I actually really liked it. One of the better presentations out there and something usually reserved for mid-fi upwards headphones so kudos for Whydah for churning this out. 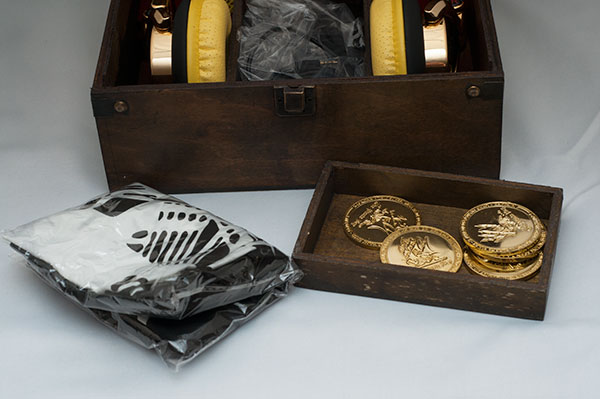 Inside gets even better with the ton of accessories that come with the headphones. Let’s see now we have a box of fake gold coins, a Pirate Bay flag, a red branded Pirate Bay pouch and of course detachable 3.5mm terminated coiled and straight cables and the headphone itself. This is a complete theme guys, nothing half-assed here, this is pure cheese all the way and the inner cheese eater in me chuckled at the whole ensemble. Some are going to love it, some will hate – I just found the whole thing delightful but then I am perverse like that.

Ok now whats left of your 170 euro purchase is the headphone. Now you can get these in different colors including black, pink, blue and white. I choose the black one but honestly its really quite loud and garish even with the black outer with a non too subtle yellow inner and cup padding and gold plastic gimbles and hinging. It it not for the conservative or faint of heart and has a somewhat feminine or hipster appeal especially in the pink. For an older guy like me I think I could wear it indoors ok but I might get a tad shy going outdoors with it to be honest. Other’s with less shame will enjoy the bling factor immensely though so I do understand this just comes down to personal taste. 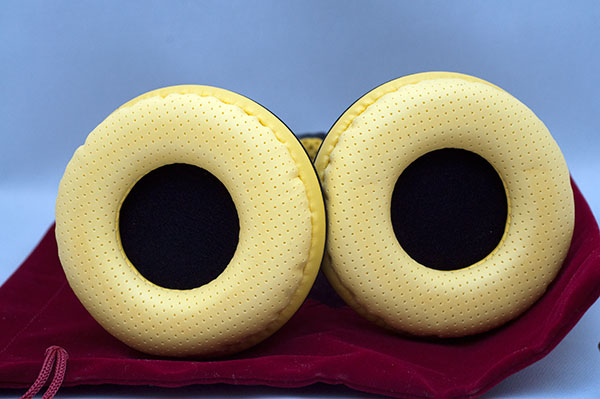 When it comes down to it the headphone is of average build, consisting of mostly hard plastics and man-made fibers for the headphone band and stiff pleather for the cups. The clamping is pretty strong and the cups can do a 180 swivel and collapse in on itself giving it a nice bit of flexibility that could work well for those on the move. I can’t say it is the most robust headphone I have ever tested but it wont fall apart easily like some other brands I have tested. Comfort-wise it can get a bit hot and sweaty after sustained use and the stiffness of the earpads make it slightly uncomfortable but this eases slightly after repeated use. I would have preferred some softer pads to be honest but the size of the cups and pads give some breathing space. Being a closed headphone the isolation is not too bad but softer cup materials would have been better to allow it to work itself closer to the shape of your ear. 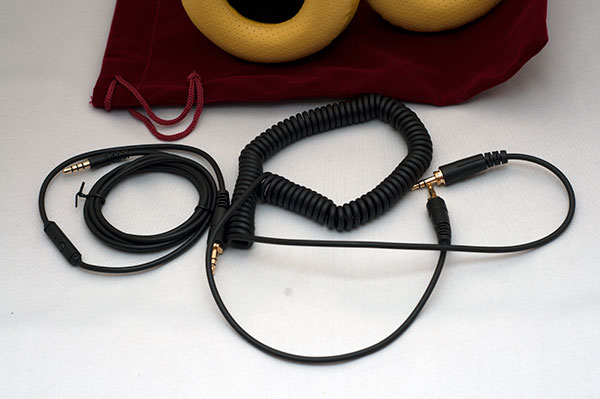 The headphones cables are detachable and you get two – a straight and coiled cable and both are relatively short at 1m though the coiled can be stretched a bit more than that and the straight cable has a iphone functionality remote/mic for talking and remote control. You also get a quarter jack for expansion into dedicated desktop setups though the length of the cable suggests the intention is for DAP usage primarily.

In short they are a lot of bass and recessed mids and smooth out highs to be honest. Bassheads will love this headphone though for not always for audiophile reasons. It has a slight v-shape curve – with no sharp spikes but the lack of definition does not make it suitable for more complicated sonic presentations. I found it initially quite dark but it opened up a touch after a few hours. I would match this with a neutral amp rather than anything that will amplify the bass and perhaps a touch of EQ to flatten the bass which tends to overpower the presentation. The mids can get a big congested with non beat orientated music so genre wise it does better when matched with more modern genres such as dance and hip-hop. With complicated tracks it can get messy and the vocals tend to get lost very quickly. 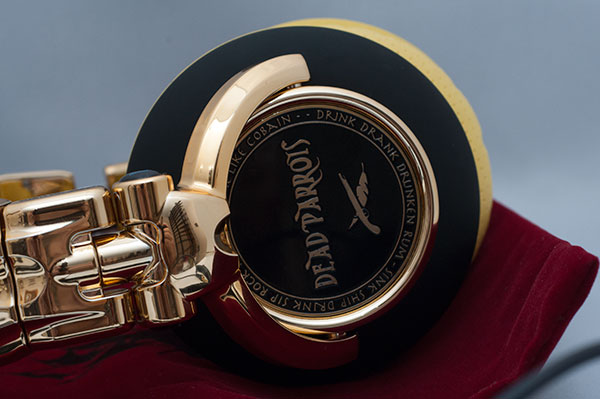 Those who lust after big booming bass will love it and it does not shy away from pounding the ears on anything beat centric. Dont be fussy on the type of bass, its not tight and can get a bit flabby in parts but certainly not the worst I have heard. I did enjoy it more on the likes of Benny Benassi or David Guetta more than say the Inception soundtrack simply because the bass demands extension and a richness and complexity that the Dead Parrots headphone is not designed to deliver. 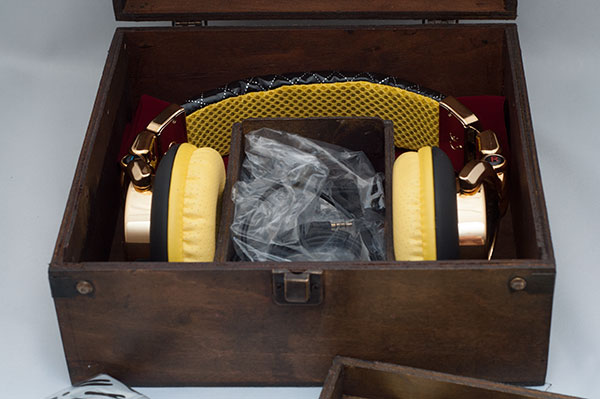 Amp matching I preferred the tube experience over the solid state just to ease back on the bass a touch using the Pan Am from ALO Audio, but the Burson HA-160 gave it a huge dose of slam and meatier aggressive presentation. It is fairly easy to drive though so even a FiiO E17 will work well with it and perhaps better to allow you to EQ for fine tuning the sound reproduction. out of a strong amp’ed DAOP such as the Cowon X7 no such driving problems.

The headphone is about slam and tons of it and I can see why that might appeal to many. If your after a relaxed and detailed listening experience I am afraid the Dead Parrot wont cooperate. These are meant to worn loud and listened to loud by those who like a bit of fun and a talking point to their audio gear. It’s not an audiophile product, the emphasis is on beats and they hit hard if a little messy at times. I loved the presentation though, the box is real quality and the accessories showed some good effort and of course the brand is real underground and still quite hip.