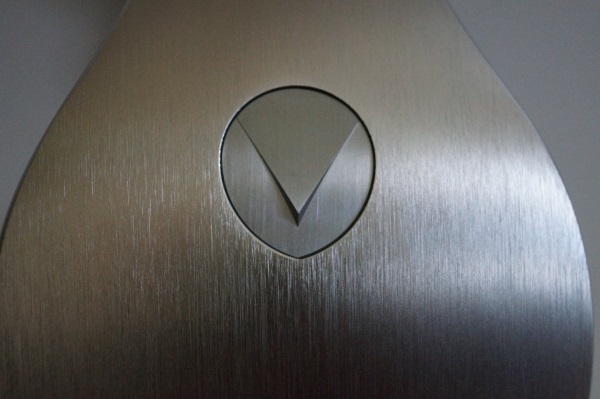 One of the perks of having two pairs of a headphone is being able to compare the two. Since I fixed the first pair of vTrue’s, I was able to see if burn-in played a factor, since my first pair was used for about 100 hours (I liked them at first then I started to dislike them, which led me to think the sound changed). The result was a little unexpected. The older pair sounded worse. The new pair had noticeably more midrange. It wasn’t expectation bias; anyone that tried them both could tell the difference. I have serious doubts that burn-in could have changed the sound for the worse to that magnitude, so I’m chalking the differences up to manufacturing variances. Normally, variances would be acceptable. But for $399, it causes some pause. (Then again, if Beyerdynamic seems to have variances with their Tesla range…) After burning it in for the same amount of time as the old pair, the new pair still sounds much better than the old pair.

With that out of the way, I’ll finally get to talking about how the vTrue’s sound. The marketing speak says that the vTrue’s “bring a true sound experience to the most discerning of music lovers.” Yeah…no. Real life does not sound like the vTrue’s; I’ll get this out of the way. These are not neutral by any means. In fact, there are only like…three genres with which I’d even consider using the vTrue’s. The vTrues are dark and bassy, with a bit of a dip in the midrange. There is absolutely no way to escape this description. Does this make this a bad headphone? Not, not at all. There are people that love this type of sound, and more power to them. However, these are priced at $399, and they don’t sound like $399. They barely sound like they’re worth $199, especially with the various Fostex T50RP mods that are available at this time.

But for those of you that are still interested, thank you for holding on while I got through…whatever that was. You will be rewarded with words about a headphone I really wanted to like, but couldn’t.

The bass is quite obviously the focal point of this headphone—it should be, coming from Velodyne. I just wish Velodyne was more upfront about this. These are not remotely accurate; the bass is definitely at least 3dB louder than everything else. If these were cheaper and more comfortable, this review would have a significantly more positive view. And…it wouldn’t have killed Velodyne to add damping. The bass is nice and textured, as expected from a subwoofer company, but there are at times where it just bled through the midrange and made it cloudier than it already was. Timbre is decent, as is decay, but again, damping would have helped to make these actually sound like they’re $399. There are times where the bass is just one-noted, which I find plain unacceptable for the price the vTrue commands. The sloppiness is much more prominent when used unamped, so please use an amp with these.

The midrange is south of neutral, but when given sufficient power (ie. Used with a somewhat powerful amp), the recession isn’t unpleasant. Even though the mids are recessed, they’re still pretty unnatural. Pure vocals aren’t the most pleasant to listen to with the vTrues, but the coloration is actually nice with pop music (an example is Skylar Grey’s new album Don’t Look Down). But with anything that’s not electronic of pop (or some hip hop), the vTrue fails to impress.

Treble is rather veiled; as I said earlier, the vTrue is a dark headphone. Its treble is really just….unspectacular. It doesn’t extend, it isn’t sparkly, really the only part I like about it is that it creates zero sibilance.

Soundstage is a bit larger than normal for closed headphones, but still not very large. Placement is kind of mushy too, which kind of negates the soundstage.

The sound portion has been a bit short, but to be honest, that’s really all I can say about them. I’m just really unimpressed with the vTrue. I was initially enthusiastic about the vTrue in my correspondence with Velodyne, but as time went on, I realized my enthusiasm was probably due to it having more body than the headphones I was used to (SA5000 and K702).

As it stands, I really just wish Velodyne put more effort into making the vTrues sound as good as the materials they used. If I were to put a price on the sound, I’d put them about on par with the Audio Technica M50, which costs, at the time of this review, $159 (wow, that’s definitely way too high for those). That leaves about $240 to justify. The aluminum cups are beautiful in person, but adjusters are dreadfully made, and the headband is painful. To be completely honest, these are overpriced on the same level as Beats…

…which I have and can directly compare to the vTrue. The Beats Pro in fact, which, like the vTrue, is priced at $399. It’s universally known that the Beats Pro is quite overpriced. 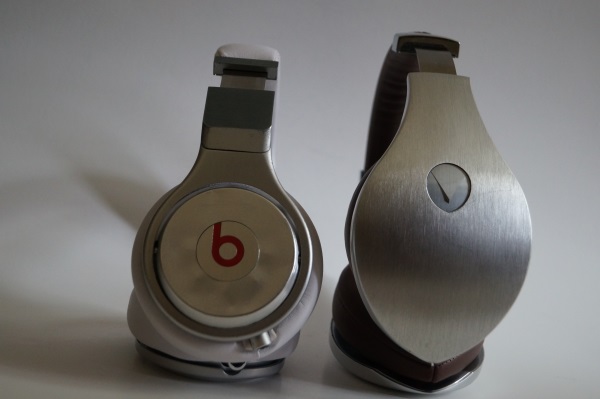 The Beats’ headband is wider, so they don’t cause pain in the same amount of time. It takes about an hour to get uncomfortable. The pads are also softer, but that could just be because they’ve had more time to break in (these are still Monster branded, so they’re a couple of years old).

The Beats aren’t nearly as bassy as the vTrue. Seriously, this particular pair of Beats really isn’t all that bassy; they’re less bassy than any of the three pairs of Fostex T50RP I have at the moment. The vTrues also have more bass detail. vTrue wins here.

The midrange of the Beats Pro is much more prominent than the vTrue, but there’s also a really annoying peak at about 4kHz that makes vocals sound really nasal. vTrue wins again in the technical sense.

Treble is also more present in the Beats than the vTrue. It’s much more extended and more detailed than the vTrue’s treble. Beats win here.

The vTrue has much more soundstage than the Beats, but the Beats have the edge on positional cues. The vTrue’s presentation is kind of hazy, while the clearer sound of the Beats gives a firmer idea of position.

The Beats also win on build. As maligned as the Beats are, they definitely got the build right here. I feel like I could toss these in a backpack and not worry about them, which I’m pretty sure the former owner did to these; they are pretty dinged up. It’s a nice testament to the build of these, which contrasts beautifully from the infamous snapping of the Beats Solos. Even though the vTrues are made of aluminum, the thinness and looseness of the adjusters make me a bit nervous.

Which of the two would I pick? Based on sound, the vTrues are slightly better, especially if you put some damping foam behind the drivers, which tightens the bass a good deal (but also probably voids your warranty). But the build of the Beats Pro is greatly superior. Though, buying either at full price isn’t the best of ideas.

This review doesn’t exactly put Velodyne in the most favorable of lights, and I’m not going to try to defend it because honestly, I know Velodyne can do better than this. The vTrues are a beautiful pair of headphones with some glaring faults. At $299, it would be slightly forgivable because of the materials used, but $399 is almost greedy. I know that these headphones are likely not as cheap to build as the other $299 headphones, but I can’t recommend these in good conscience. They’re low-fi headphones at a mid-fi price. $399 can buy a lot in the closed headphone world, like the headphones that are currently on my head: the ZMF Modded Fostex T50RP (there are two versions, “classic” and “bass enhanced”). For half the price, the bass enhanced ZMF T50RP absolutely destroys these in every aspect.

If Velodyne can make a vTrue2 and fix the headband and make these sound either more accurate as their name says or fix the bass and midrange (there’s clearly a market for dark headphones, as shown by the success of the HD650 and LCD2), they’d be easier to recommend. But as it stands, look elsewhere.