The Talos By Cascadia Audio 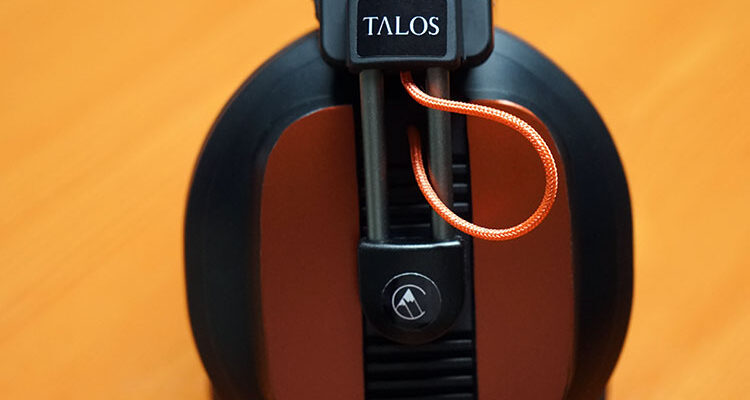 The Talos is a planar and all being said and done it is still a fairly inefficient old school planar driver despite the modifications. You can get a modicum of volume with a standard smartphone or even a low-grade DAP but it will sound muted and fairly one dimensional and lacking in enjoyable dynamics. The Talos really needs some quality amping to sing, not HE6 levels of power, but certainly something that will drive enough juice to produce the accurate imaging, the better staging, and enhanced dynamics that it is capable of producing.

If you have the moolah and want to stay relatively portable with the Talos I cannot recommend the Bakoon HPA-01M current mode analog amp highly enough. The pairing with the Talos was the best portable combination I tested, besting out the iBasso P5, Duet and even the Mojo for clarity and dynamics. The Bakoon makes listening to planars a special experience with a flatter, faster,  and very controlled tonal presentation on current mode and a slightly warmer and bassier sound on voltage mode.

Your only dilemma with the Bakoon is the source you will attach to the Bakoon and to be honest it can be any DAP with a quality line-out signal. Stand out favorites, for me, include the Paw Gold from Lotoo and the new Cayin i5 DAPs for their warm to neutral and very smooth tonal qualities as well as their excellent levels of detail.

On their own, they do a pretty good job also with the Talos though to be fair the volume steps are considerably higher than the average headphone and even the newer generation of planars such as the Oppo PM3 or HE400s. The FiiO X7 with the AM3 balanced module only made sense in balanced mode with single ended requiring over 100 steps and pretty much in the final 20% of power sounding a little hollower than the i5. The AM5 reduced the power requirements and added a little bit more bass grunt and contrast than the smoother AM3 with the Talos. 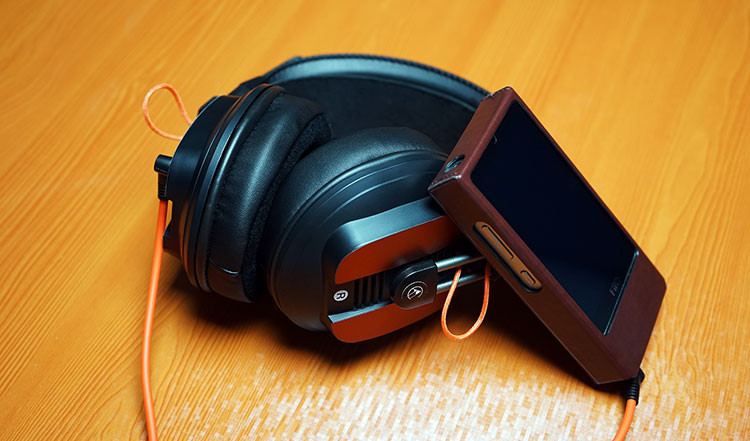 The FiiO X7 with the AM3 balanced module only made sense in balanced mode with single ended requiring over 100 steps and pretty much in the final 20% of power sounding a little hollower than the i5. The AM5 reduced the power requirements over the AM3 and added a little bit more bass grunt and contrast than the smoother AM3 with the Talos. If you are rocking an X7 the AM5 is going to be the only realistic choice if your jacking right out of an amp module.

If you are rocking a desktop solution or working off a smartphone the Mojo might be a wiser choice for its flexibility to connect with both as well as produce superb levels of power, detail and tonality with plenty of different headphones and earphones. It does, of course, have that analog amp hook up limitation so connecting to the likes of the Bakoon will not work with this pairing but it is not a deal breaker with the Mojo more than capable of powering the Talos to decent levels.

The Mojo takes a slightly different path to the Bakoon current mode amp in terms of presentation. Instead of injecting a little speed and neutrality into the Talos the Mojo instead offered a little bit more meat and depth into the bass performance. The Mojo has the impact with EDM over the Bakoon but it sounds a touch slower in return. It also sounds a touch warmer than the Bakoon. 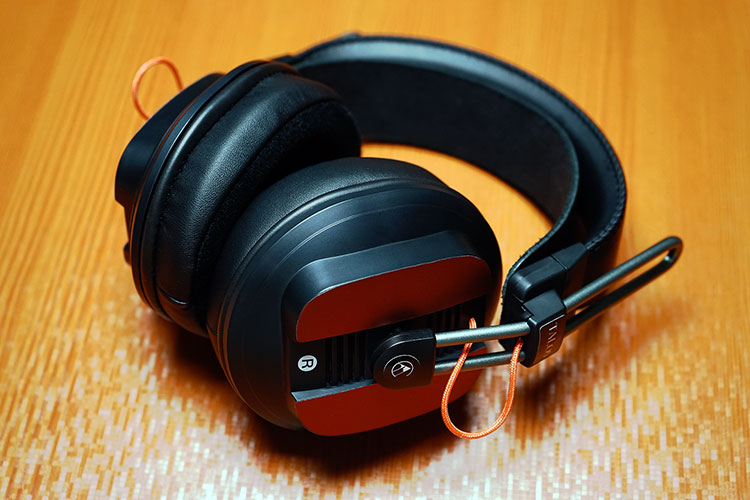 A modern efficient planar costing $150 more, the PM-3 is an on-ear smaller and lighter planar headphone than the Talos and also built from the ground up rather than modded from an existing headphone. Comfort is excellent and in comparison to the Talos seal might be slightly superior given the all leather cushion of the pads rather than the more porous nature of the hybrids pads of the Talos. It also folds flat and easier to take out and about than the bigger and bulkier Talos. Both have detachable long and short cables to use with portable or desktop amps. Efficiency wise the PM-3 is the one you want to grab if you are using a smartphone or your amping is not that great, the Talos needs more juice than the PM-3 to shine.

Tonally the Talos v-shape is very much the ying to the PM-3 thickish yet very neutral and balanced signature. The PM-3 has a musical strain in it but compared to the Talos its much more reference sounding with a linear bass response, clean and neutral mids with excellent vocals and a natural sounding but somewhat muted treble response. The Talos is a whole different ball game with that very musical and emphasized heavier hitting mid-bass, recessed but smooth mids, distant vocals and a more forward and brilliant treble. It is as simple as that really for this type of comparison. Buy the PM-3 as an all-rounder where you need a good vocal performance and something more balanced, buy the Talos for EDM and arena rock and just a generally fun sound.

A slightly darker and smoother performance than its predecessor the Alpha Dogs, the Prime was perhaps the best iteration of the MrSpeakers old Fostex adaptation with regard to musicality and engagement. They no longer make it now but at the time it was 4 times the price of the Talos which, comparing them now side to side, is a bit hard to believe. You do have to take into the account the physical work Dan put into the Primes though with the 3D cups, the leather pads, and Hirose connectors plus the commercial packaging so a lot of additional costs there over the Talos.

The Primes sport a very different tonal presentation to the Talos. Gone is the V-shape and in comes a greater focus on the midrange. The Prime bass is full sounding but higher up around 120Hz on the Primes but still more linear sounding in comparison to the mid-bass hump and heft of the Talos bass signature. The Primes bass though does feel a touch quicker in comparison but it is not the focus.

Instead, the Primes main strength is the fast, tight and detailed midrange which is more forward and spacious sounding than the recessed smoothed out midrange of the Talos. To be fair both have good detail and clarity but the Primes midrange is more engaging with an elevated vocal presence. Treble on the Primes is smoothed out a bit more than the Talos forward and sparkling response. I like how the Talos managed to get the treble brilliance just right without any sibilance and whilst I think the Primes treble might just be the most natural sounding, the Talos has a little bit more extension in the mid to upper treble.

They are sporting very different tonal shapes that make each one stand out differently and to be honest, there are some genres I really prefer the Talos with such as metal or EDM just as vocal work seems to lend itself much better with the Primes. The two could easily sit side by side for different purposes.

The HE400S at $299 is probably the closest in price to the Talos ($250) and is also a circumaural full-size headphone. It an efficient headphone with a modern planar single magnet design and open back compared to the closed design of the Talos. Whilst the pads on the HE400S are changeable the stock pads that come with it are entirely velour and much more porous than the hybrid Talos Pads. Both are pretty comfy though the HE400S perhaps breathes a little better compared to the superior seal of the Talos. Both have relatively similar power requirements with the HE400S perhaps just a tiny bit more efficient but its close.

Tonally and once again a really contrasting presentation by both headphones. The star of the HE400s is that spacious and smooth midrange with a slightly forward and natural sounding vocal presence which sounds fantastic with rock and male vocals. Not as full-blooded as say the PM-1 or HE400i but pretty darn good at this price range and knocks the Talos’s recessed midrange out of the park. Bass roll-off on the HE400s though is more drastic compared to the Talos which is really where the Talos outperforms the HE400s in terms of weight and slam. The HE400S sub-bass roll off is also more drastic than the Talos so if you are looking for something with plenty of depth the Talos is superior.

Bass roll-off on the HE400s though is more drastic compared to the Talos which is really where the Talos outperforms the HE400s in terms of weight and slam. The HE400S sub-bass roll off is also more drastic than the Talos so if you are looking for something with plenty of depth the Talos is superior.

Treble on the HE400S is just right for me for non-critical and fun listening. It doesn’t have the biggest extension but clarity levels are good and certainly airier than the PM-3. Treble brilliance and extension are better on the Talos than the HE400s. Both have a bit more sparkle in the mid to upper treble but the Talos treble sounds a bit more realistic for me. Both have ok soundstages but the HE400S open headphone design does give it an airier feel which shouldn’t be too surprising. 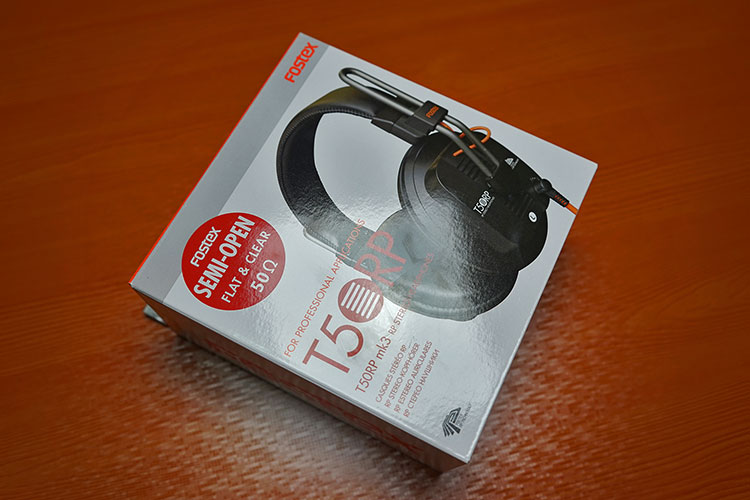 The Cascadia Audio Talos is really good value for money at $250. The tuning is unique to my ears for a T50RP and frankly among just about any modern planar out there today. Is it just me or is a V-shape going out of fashion as a musical fun tonal tuning for a headphone? I know Denon and some Fostex fans might agree with me on that point. Yes, there are planars that are more efficient such as the PM-3 and open back planars such as the HE400S whose midrange far outperforms the recessed midrange of the Talos but none of them seem as fun, none of them seem to have the bass chops to compete with the Talos when you start spinning some serious dance/EDM or even heavy arena rock.

I admired the Prime for being a complete physical metamorphosis of an old headphone and for pushing the limit of the T50RP driver and to some extent that remains true today but I have to give equal props to Cascadia Audio for some more modest tweaking to produce a sound signature that I haven’t really encountered in a long time and certainly didn’t think I would be listening to out of a T50RP, regardless of version. Also, I love orange and black color combinations, everyone knows that!