Ever ask yourselves what a headphone would sound like if you combined an Electrostatic, Planar and a Dynamic headphone and furled it into a ball?  Well, this R1 could be that headphone.  The Flare Audio R1 uses a one of a kind Dynamic headphone that was specifically designed to house a “truly open driver”.   According to Davies Roberts, Flare Audio’s head honcho and an all around awesome guy, the R1’s driver offers no enclosure standing wave interference.  The primary selling point to try to wrap your head around is that this headphone tried to eliminate all sound pressure ( enclosure residual pressure interference or ERPI for short ).

At a titanic 350g and for such a modest housing design, my experience with the R1 started out as easily one of the most troublesome headphones I have ever worn.  Out of the box, I’d thought this was a prototype sent to me, missing padding on the underside of the headphone and offering the most severe clamping pressures I’ve experienced in years.  It was so intense, that I’d thought it was a result of the cold weather that the headphone had been subjected to for the duration of its travels to me.  It was delivered in 10F degree weather, sitting on the back of a DHL truck for what I assume to be the majority of an entire day.  I’d thought that the excessive cold had caused the metal headband to stiffen up and increase clamping pressure to the high level I was experiencing.  Thankfully, the headphone uses a solid, thick cut metal headband and it could be gently bent to a more humane clamping tolerance.

This R1 has rigid foam pads adorning the underbelly of the headband; the ear pads are also firm and lack plushness. Actually, I am able to fit the Audio Technica ESW9 series velours and leather pads on this R1 and despite these Audio Technica pads being much smaller than Flare’s pads.  I’ve also had good success with Koss’s 540iBT pads, which are fully circumaural but are just a bit too large for the R1’s metal housing.  Regardless of that, the R1’s slot that circles the edge of each ear cup is brilliantly designed.  Major points added to the R1 for allowing most ear pads to easily slip on and off.  The cable is also oddly thick and bulky for such a small headphone and radiates a very DIY flavor with so much shrink wrap around it.  It is great to see a nice, tough paracord actually used on an upper midtier headphone though. 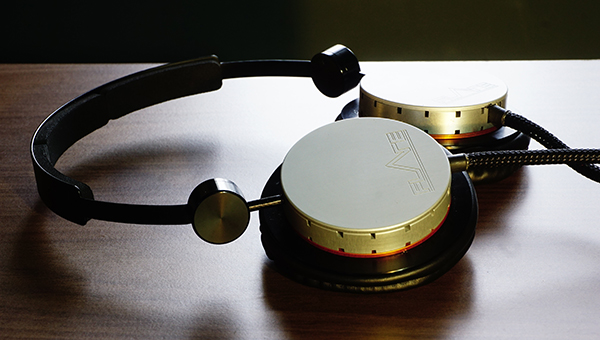 On a subjective level, it feels clunky and very out of place with girth and has serious microphonics issues.  The texturing of the paracording cable sleeve is rough and will grind on your shirt often, which causes excessive noise that travels into the ear cups.  This cable should have been thinner and also offer a much smaller Y joint where the stereo left and right cables intersect and form the end of the cable that plugs into the source.

This headphone isn’t really hyped at all on Head Fi and I couldn’t find anyone else who had one to compare notes with.  This saddens me a lot, because the headphone has a great deal of potential.  Imagine for a second that the Fostex T50RP were never modded by anyone due to patent restriction.  Kind of pains your stomach in a good way, doesn’t it?  Well, that is how I feel about this R1 and what it would be capable of if the company did not patent the driver design.  If they hadn’t, everyone would discontinue all dynamic designs for drivers, hell even Planar would end in my opinion as well and ultimately become a novelty or gimmick since they are more expensive to build than Dynamic drivers.

Before moving on, I briefly want to touch on the overall clarity of this headphone, which is only midtier at best. More on this later.

The King of Solidity

This headphone summed up sounds like a mid tier Electrostatic in smoothness factor and effortlessness, combined with an Hifiman series headphone in sound signature solidity and the weight the entire sonic spectrum carries.  It sounds like the world’s first somewhat portable Planar and nothing like a Dynamic driver headphone normally would.  This headphone is so close to being that one mythical headphone everyone wants, but has never been invented.  Take that with a grain of salt and only with regards to solidity factor and not with clarity or price to performance ratio.  The R1 uses a Dynamic design at its core, however it sounds vastly superior to all dynamic headphones that currently exist in regards to solidity ( that realistic weight and firmness factor ) that it makes my Audio Technica W3000ANV and every other normal dynamic driver sound overly thin, lacking substance and authority on the low end and treble.  This R1 is the prime example of how all headphones should sound and how much we’ve all been cheated with dynamic designs in the past.  The HD800 sounds like a megaphone in setup and firmness compared to the R1, as do every single Dynamic headphone I have available for comparison.

This “solidity” quality is one that is severely overlooked in Dynamic headphones.  Side by side with some great Dynamic headphones, lets pick my HD800 from Sennheiser and W3000ANV from Audio Technica, the Flare R1 dishes out luster without equal: that sparkled and weighted feeling to the entire sonic void, top to bottom and back again.  I raise a happy eyebrow to what this company may produce in the near future that utilizes this new driver technology.  Audiophiles should be well aware of the weight most Planar headphones pipe out and that it is generally very superior to Dynamic headphones with regard to that yummy solidity factor, the entire spectrum of audio seems to carry a more realistic tonality and substance in Planar designs, where as Dynamics exude a thinner, more crisp experience for the most part.  If you have heard the Hifiman or Audeze’s, imagine the physical weight of the sonic qualities of those headphones in a smaller, portable-ish headphone…that is what the R1 sounds like in its physical tonality. 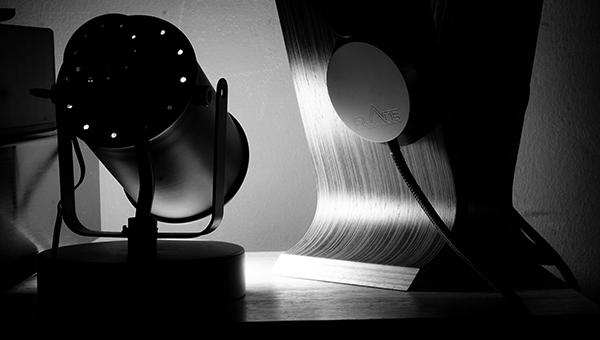 Unfortunately, clarity is not a strong point of the headphone and at $777US or so, the headphone seems just okay with regard to price to performance of clarity.  Measurements boded negatively…the headphone has a massive climb from the lowest lows to the mid range, then drops off again between the mids and treble.  Despite the feeling of a heavy veil, the Flare R1 is addictive even though I’d consider a midtier headphone at best.  I yearn for that authoritative sound signature when I swap from Planars to Dynamics, baffles me each time I put this R1 on and remember that it is using a Dynamic driver.

I feel like this headphone has been released too early and I would consider it a prototype on a subjective level, although I am sure the company would disagree with me.  Within a few hours of obtaining the headphone, I couldn’t shake this feeling of a super-veil over the entire experience, something that cried out “this needs to be properly dampened”.  I’d felt like the headphone was pulling far too much air, so naturally I did what most audio nutcases would do and attempted to open the housing, drop some felt or Dynamat in there and see what the end result was.  It turned out that this headphone’s driver is attached to a metal plate below the ear pads…and that you cannot get at the innards of the headphone to view the driver without permanent destruction of the metal housing. 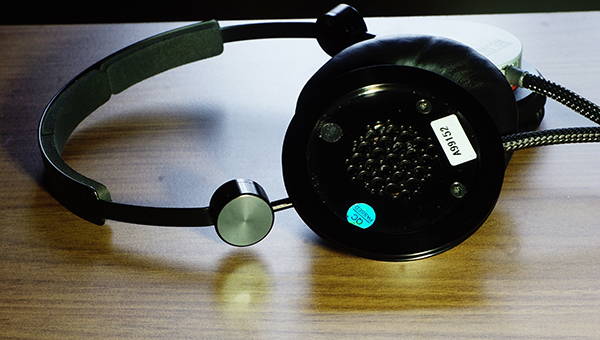 Mr. Roberts and I had a discussion about his headphone and what it offered, as well as what it didn’t, some design elements and lastly that I’d found a way to improve the sound quality of the headphone with a simple tape mod around the exterior vent ports.  This simple covering of half of the vent ports had only confirmed my suspicions that this headphone was immensely more powerful than I’d previously thought, also that it was indeed pulling far too much air into the driver housing.  Mr. Roberts explained to me that this headphone is the only truly open design in a Dynamic headphone and that covering up the vents would basically render the technology inept, adding sound pressure inside the ear cups where this technology’s core trait was to make sure there was no sound pressure to begin with.  I both agree and disagree with him: on an objective level I feel this technology to be at the forefront of headphone design and something that everyone would want to copy, however and subjectively, the headphone simply sounds more clean and clear with tape covering the rear vent ports.  Sound pressure level is something almost nobody shops for and I believe this technology housed in the R1’s driver is capable of good sound quality with proper dampening.  Mr. Roberts disagreed…and funnily enough I also agree with his disagreement if that makes any sense.  Trying to see this from both points of view wasn’t hard at all and I am sure most people who experience this headphone and the simple tape mod will understand what I am trying to say: Whatever this technology has done, it is a positive thing for Dynamic drivers and I wouldn’t want to negate its core value system with its truly open design, but I also want to experience the headphone at its very best.  I feel the materials used inside the headphone are restricting its full potential and this is something that can easily be changed in a redesign.

The headphone’s driver base plate is 75% solid and has some small holes near their centers, the metal ear cups also have about a dozen tiny vent ports…so it is a mystery as to why the driver’s sound pressure, or lack thereof, is actually important.  True, the driver may be “truly open” but is that important or does that become negated by the fact that there is an almost solid metal wall covering both the rear and front of the driver itself?  I am not sure what to think about this beyond this moment right now, all I can say is that without the tape/Dynamat covering some of the vents, as well as different ear pads, the R1 sounds less clean and clear.  Too veiled, overly thick…however with tape applied the headphone lifts that veil a bit and becomes noticeably cleaner overall.  As a consumer, you will have to decide what to do with the headphone when you get it, which I certainly recommend you at least demo if the chance arises.