Tonally the Q1 is warm to neutral with a relatively natural sound that is cleaner and slightly brighter than the D-Zero MK2 from iBasso and a step up from the E11k. It has a very nice pace and musicality to it with decent detail retrieval and a little sparkle in the top end that is relatively extended but never feels strident or terribly sibilant.

The timbre on the Q1 is actually quite pleasing and relatively realistic and easily outmaneuvers the Creative E range which sounds positively unnatural in comparison. Bass (non-boosted) is snappy and full sounding, vocals are smooth, sibilant free and easy to listen to though slightly lacking in detail and texture.

I did not find the Q1 as neutral as the E18 or the FiiO X3/5ii, nor do I find it as expansive or resolving but I do find it to sound rather non-digital and almost analog/organic in many respects which I rather enjoy in many my amps at no matter what the level is.

The Q1 pot balance is excellent with only the merest hint of channel imbalance typical of most analog pots when on next to zero volume and a highly commendable black background at this price range. This is a mature sounding portable amplifier that pairs really well with hard rock, pop, plenty of EDM genres (Benny Benassi sounded great actually).

You can strap the Q1 to most DAPs and Smartphones either via the Line out or the OTG if you happen to have a compatible Android smartphone or a camera connector setup for iGadgets such as the iPhone or iPad. The smaller 3.5mm IC is fairly flexible and I had no issues with connecting to the DX90, the FiiO X3ii, and FiiO X5ii despite their different line-in/aux input positions.

Powerwise the Q1 does just fine with both sensitive IEMs, portable headphones around 32ohms and gleefully does a decent job of driving the HE400s. That bass boost of the Q1 fattens out nicely on the HE400s giving an added touch of fullness on a headphone not really known for its slamming bass. It won’t command the full potential of the HE400s in terms of imaging and soundstage but it more than adequate for driving capability.

There are very few (non-FiiO) portable amp/DACs in this price range but perhaps the closest both in look and feel and the price is the iBasso D-Zero, especially the MK2 released at the end of 2014. 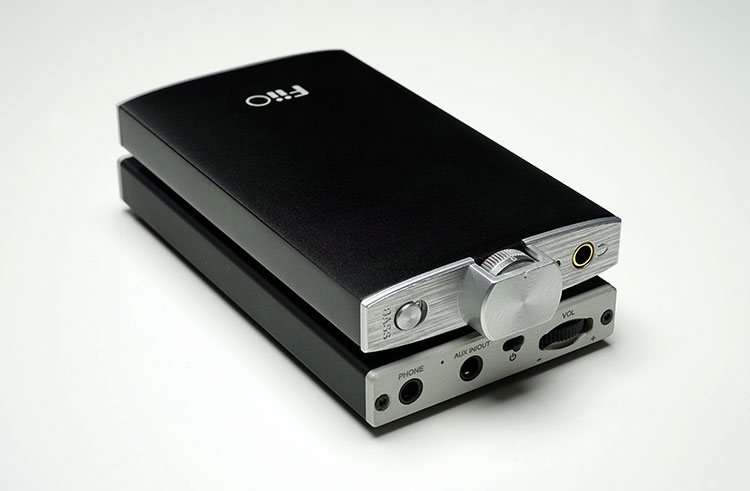 Both have very similar physical dimensions with the D-Zero sporting a more regular rectangular box form factor than the hip flask shape of the Q1 and coming in slightly thinner and more compact also.

The battery life of both is impressive but the Q1 beats out the D Zero during DAC use by 15 to 10 hours total playback time though the D-Zero MK2 has a bewildering 120 hours playback as an amp only compared to the Q1 with just 30 hours rated.

I still can’t get over that quoted iBasso figure and whilst I have not been actively counting the D-Zero MK2 can go on for days and days without the need to charge. Both can charge during playback also.

Both are amp/DACs and work just fine on plug and play with both MAC’s and PCs. OTG is supported by both though iBasso is more upfront about their support and has thrown in an OTG cable whereas FiiO has declined with the Q1.

Both have the functionality to the back and front with clean flush button-free left and right panels. I do prefer the more physical volume pot of the Q1 to the protruding volume dial of the D-Zero.

Both are relatively easy to manipulate but I found the Q1 volume control just that bit more accurate and smoother whereas the D-Zero MK2 felt a bit too jumpy in comparison. 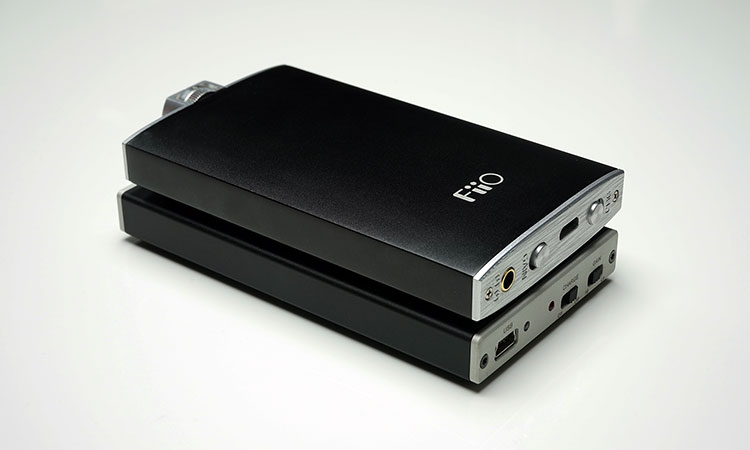 Sound wise I found the Q1 to be brighter sounding than the D-Zero MK2 which sounded warmer by comparison though I would not term the Q1 as really that neutral or bright. Both have warmth, just the D-Zero MK2 sounded that bit warmer.

The Q1 has a bit more sparkle and clarity in the top end, a cleaner and slightly more forward vocal presence and a blacker background when compared to the D-Zero MK2. Some people might prefer the MK2’s slightly softer lower treble reproduction, especially for synth and percussion but for my tastes, the Q1 edged it in terms of upper midrange and treble performance.

In stock mode, the D-Zero MK2 perhaps edged the Q1 in terms of bass quantity and slam but I preferred the tighter snappier and cleaner bass of the Q1 in terms of quality and coherence. Throw on the bass boost though of the Q1 and it’s a much more even competition with the Q1 bass quantity and body considerably raised and thickened. I am not a fan of bass boosting in most circumstances but it’s an option if you want it and it does help thicken things up considerably with thinner sounding IEM’s and headphones.

The Q1 had lower noise levels and blacker background between the two with sensitive IEM’s performing slightly better on the Q1, especially in high gain mode. BA designs such as my trusty Westone W4 suffered from a higher level of background hiss than the Q1 and channel imbalance was just slightly more obvious at low volumes also.

Of course, the Q1 is not the only FiiO portable DAC/Amp in existence and the Q1 itself replaces the older E07k and sits right behind the E17k and the E18 and slightly ahead of the desktop-based E10. That’s a complicated matrix of options right there and doubtless will give pause when selecting which one is the right one for you.

Pricewise the E18 is the most expensive of all the options, followed by the E17k with the Q1 right at the bottom so if you are on a really tight budget the Q1 makes a lot of sense. 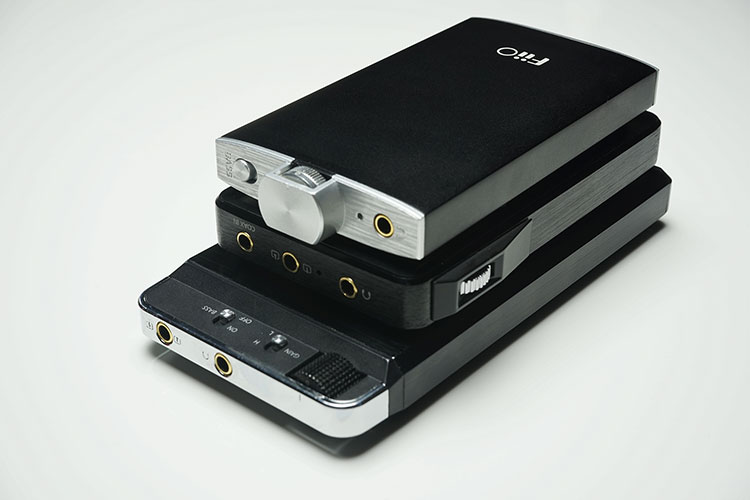 The E17k and E18 have a few extra features also such as the digital display on the E17k, the official OTG iOS and Android support on the E18 and coaxial/SPDIF support on both. DAC wise the E18 and the Q1 top out at 24/96 using USB with the E17k going that bit higher at 32/96 but sharing the exact same DAC chip as the Q1, the PCM 5102.

The E17k and E18 can go up to 24/192 PCM via their coaxial outputs which the Q1 does not share. The E17k goes one bit further than either the Q1 or the E18 by supporting DSD decoding using ASIO plugins which the older E18 and Q1 do not.

Battery wise the Q1 is the longest performing unit of the three with 15 hours using the DAC and 30 hours on amp only. The E17k comes in at just half of that longevity at 15 hours but the E18 is very competitive at 25 hours amp and 12 hours using the DAC, albeit with a much larger battery than both of them at 3500mAh compared to 1400 and 1500 respectively for the Q1 and E17k.

Don’t forget also the E18 can double up as a power bank for your mobile device which the other 2 cannot. 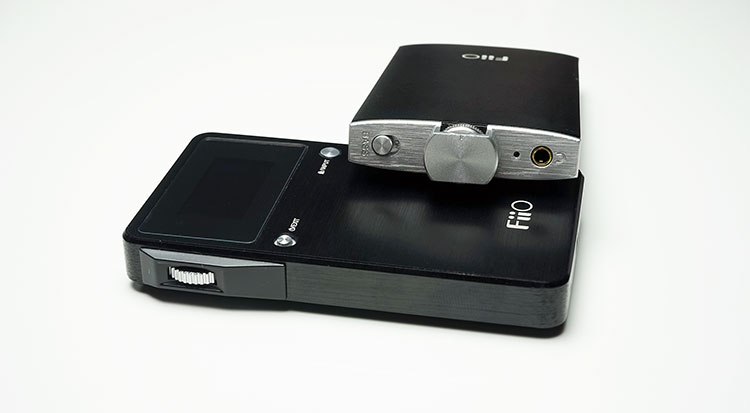 On flat EQ and without any adjustments the Q1 is very competitive indeed in comparison to the E17k. The E17k still edges ahead with a slightly smoother and more resolving treble performance and superior imaging and once you start adjusting that treble and bass EQ in the E17k it starts pulling away in terms of flexibility over the Q1 which retains only a bass boost option. Still, it’s an impressive performance from the Q1 given the price difference.

The E18, out of the 3, is probably the most neutral by a shade and projects a slightly bigger soundstage and better dynamics of the three. However, without the boost options, the E18 bass performance is slightly flatter than the Q1 which has a bit more slam than the E18.

The E18 vocal performance was also a bit more refined and smoother than the Q1. For me, the trade-off is a slightly flatter bass signature for an airier grander sound stage, a slightly more refined and expansive midrange and a more neutral signature with the E18 over the Q1. Given the E18 still sells for $160 the Q1 still presents a very interesting value proposition if OTG compatibility is fine for your smartphone and you are on a tight budget.

If it is the highest resolving FiiO you want then the E17k has the edge over the other two. You want the widest possible support for OTG and mobility with the most powerful amp and a more neutral signature then the E18 might just be the right choice though it is starting to show its age in terms of codec capability.

If the budget is key and you want the longest possible battery life with a competitive sound that’s really not that far behind either the E17k or E18 then the Q1 should provide an excellent option. 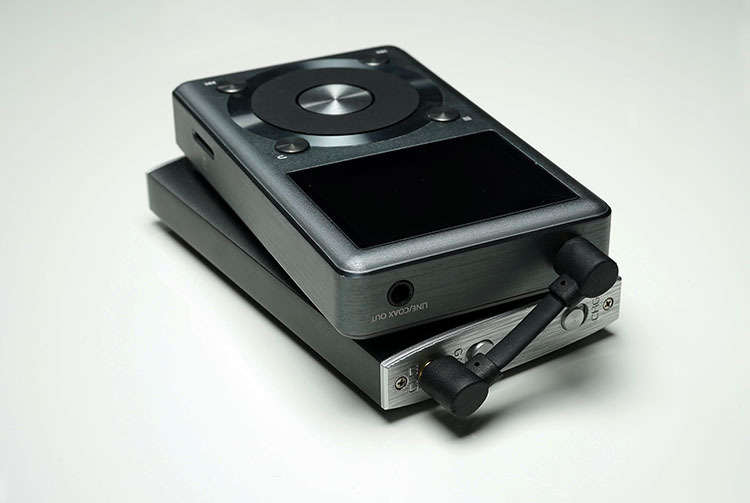 So the Q1 replaces the E07k. I get that, the E07k just looks like a lesser E17k and it’s not unique enough from the E17k to stand out as a serious option. The E17k just does most things better.

The Q1, on the other hand, gets it just right for me at the price. Gone are unnecessary extras such as the LED screen and in comes a better sounding more robust pocketable unit that competes very well indeed with the E17k and E18.

Those strapping an E11k might want to consider upgrading to the Q1 also. It just feels that bit more evolved and mature sounding as well as having a good DAC thrown in for a few bucks more.

The build quality is excellent, the features are just right and the stackability with the FiiO DAP range, DX90, and the AP100 is perfect. Throw on a few apps on Android and you have OTG for just about any Android device and if you are a Sony guy then good news it works natively also. That is a very flexible solution indeed for $69.99.

There are very few weaknesses that I can think off for the Q1. Yes, it’s only 24/96 and won’t do any sort of DSD decoding and yes OTG is not officially supported. However, this is a starter upgrade and for the ‘on the go’ guy looking for a really long battery life cycle and natural and snappy sound signature the Q1 will fit the bill.