Lightning in a bottle

Ray’s newest amplifier is the size of a credit card in length and height, but closer to the Astell and Kern portable players and overall thickness. The amp feels solid in hand and identical to all of Ray’s prior models like the Protector, SR71B and Intruder. Pocket friendly, sleek and sexy, the F-35 is a mini Titan of a portable amplifier that seems to be able to drive almost everything I own. Outside of the Hifiman HE-6 and 600ohm headphones, there isn’t much this little portable amplifier can’t power with authority.

The unit offers three gain settings: low, medium and high. All of them are dead silent with almost no detectable background noise at all. It is, by far, the most quiet portable amplifier I’ve ever used. Oddly enough, this amplifier only has a balanced output, which makes it impossible to use standard headphone cables. This kind of upsets me. For $500, I would much rather have the unit be a bit larger in size simply to allocate extra space for a standard headphone output. The rear side of the unit offers a selectable toggle switch between standard input and balanced input, which really makes no sense at all considering this amplifier only has a balanced output. 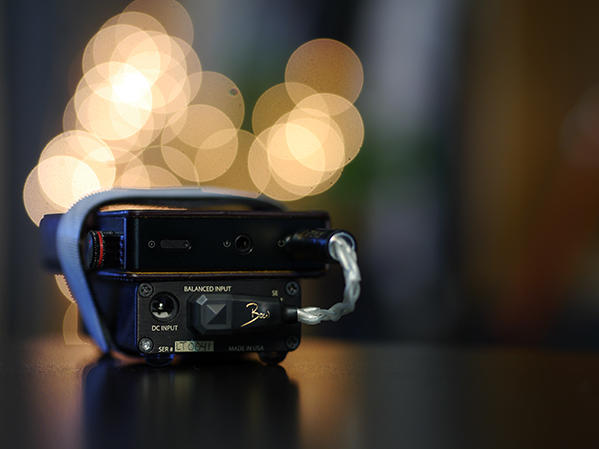 I had Artemis cables craft me a gorgeous 3.5 mm standard to balance interconnect to be used to bridge my Red Wine Astell and Kern AK120 to Ray’s F-35. With this semi-balanced bridging of the two, I detect no difference in bass weight or heft over simply connecting my JH16 directly to the RWAK120. In fact, there is a noticeable downgrading in audio quality when shifting from only using the RWAK120 with a standard stock JH16 cable. The difference is nominally inferior. The clarity award goes to the RWAK120 by itself. In this case it seems those who need a bit more power are going to actively downgrade clarity and tone when combining this F-35 with any of the higher tier portable music players. With that in mind, the difference isn’t that significant.

Recommendation bonus: IEM enthusiasts who own the AK120/240 should avoid amplifiers in general. You don’t need it. It would make more sense to invest the extra $500 you were originally going to spend on this F-35 and send your portable player over to Red Wine for upgrades. However, those using the Fiio X5, iBasso DX50/90 or the Astell and Kern AK100 are going to find that Ray’s F-35 is a godsend and is able to boost your overall clarity and driving authority to stellar levels. Pair the Lightning with upper mid tier portable music players and avoid using it with higher tier players.

I feel like the Mid-gain switch is totally useless, as is the singled ended input option. I am glad the single ended was included because I really don’t own a balanced portable mid tier player that will combo nicely with the Lightning. Astell and Kerns new AK120 mark II and AK240 both have balanced TRSS outputs now, so having someone fashion you a TRSS balanced to RSA male balanced interconnect is pretty much the only balanced solution available right now. Therein lay a huge problem: The AK120 stock by itself is more clear than the RSA F-35 Lightning, the RedWine AK120 is much more clear and the AK240 is significantly more clear. It would make no sense to pair a mid tier amp with these players and since there really are no mid tier portable music players with a balanced output, what are you left with? The answer: A semi balanced input option with a balanced only output, which totally defeats the purpose of using a balanced rig. 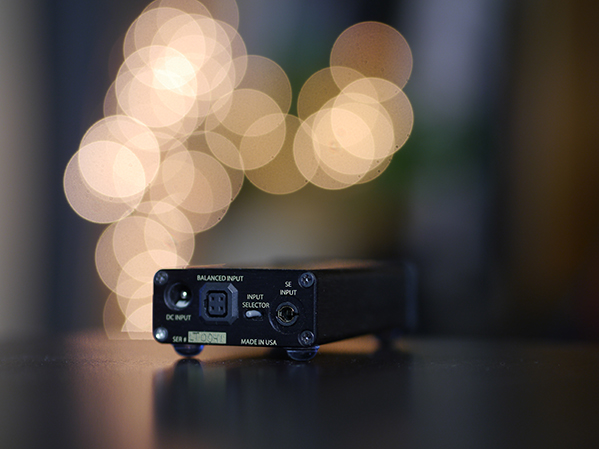 If it isn’t fully balanced, why bother? Now, that is not to say the experience is bad because it certainly isn’t. Balanced input or single ended input both sound fantastic, but there is certainly a few added bonuses to fully balanced system rigs. Bass weight and body weight to the presentation tend to bump up a few notches in awesomeness.

From a physical exterior standpoint, Ray’s amps are nothing short of stunning and beauteous, sleek and mind numbingly satisfying to hold. I find myself constantly wanting to hold it in my hands when I am using it, I enjoy the texture of the case and the overall solid high quality feel the amplifier exudes. Not much can be said about the included charger, but who cares? It is just a charger. The battery life on this unit seems to last at least 8 hours of non stop usage before my audio cut out. Solid battery life for such a tiny powerhouse of an amplifier.

WARNING: DO NOT USE BALANCED OUTPUT TO STANDARD 3.5mm INTERCONNECTS OR ADAPTERS WITH THE LIGHTNING.

You will apparently fry the pins if you go from a balanced output to a standard headphone adapter. Read that carefully again, this is really important. If you slap a single ended output converter cable or adapter on your balanced headphone cable, you will probably wreck your gear. Singled ended to Balanced is perfectly fine, a 3.5mm male to RSA balanced male is safe when bridging a sources headphone out that is then connected to the amplifiers balanced input. The reverse is not safe. Balanced to 3.5mm output is a no no.

My portable rig was always semi balanced, going from a portable sources standard 3.5mm headphone jack and into the balanced input on the my SR71B and ALO International. Do I recommend it? Nope. Just get a 3.5mm to 3.5mm if you aren’t using a balanced source but still want to use your balanced amplifier that happens to have a single ended option. Here is a message from Ray’s website about this:

Summed up: An interconnect or adapter that goes from 3.5mm into the balanced input is just fine.

An interconnect or adapter converting the balanced output to something else is not fine.