Sadly, I am not fond of the overall tone of Ray’s F-35, but don’t let that stop you from purchasing. This is purely subjective: I simply prefer a softer, more rounded on the edges sound that has a nice sheen on the treble with an almost non existent background. The F-35 Lightning seems to exude more of a sharpened experience all around, something not as shimmering or beautiful to bask in, but rather something more crisp and a bit snappy. As mentioned above, there is a noticeable downgrade over the F-35+RWAK120 combo over just using the RWAK120 by itself.

The Lightning seems to toss raw sound, I know a lot of audio enthusiasts who love this type of sound, but I also know a lot that don’t. Not for a second do I think the sound type is bad or at all negative, it is just unfiltered and noticeably more sharp than most of the higher end portable daps out there. If you have heard the Hifiman HM901, you will know what I mean. That is a Dap that has a more sharpened approach to the sound, whereas the Astell and Kern AK120 and AK240 tend to have a softer sheen to everything with much less snap.

The low end is moderate in quantity and certainly not at all lacking, the midrange is a bit too sharp on the upper end which results in a crisp and even a bit harsh vocal experience, and finally the treble seems to be fairly dull to my ears and offering very little in the way of engaging qualities. I found the treble experience to lack sheen and sparkle, opting instead for a more neutral approach with a hint of dryness and reservation. Soundstaging is the amps downfall and there are a few other amplifiers out there that certainly trump it in the overall width and separation departments, but depth of field and dynamics are pretty good. Certainly good enough to handle the LCD2 and do them justice.

Boiled down, the Lightning adapted well to my Oppo PM-1 via a balanced cable. Fed off the RWAK120 and Burson Conductor SL USB Dac ( neither of which are fully balanced sources ) the low end of this amplifier piped out some diamond-hard bass with plenty of weight to satisfy bass heads. Semi-balanced setups like this tended to offer a shoulder shrug worthy experience on the low end for me. I didn’t find it amazing or at all interesting with texture, in fact I found it almost void of any texture at all. Just raw, unbridled bass in a purist sense of the word. With no bass booster, the Lightning is going to rely on the general added bass weight that tends to come with a fully balanced rig before things can get really interesting.

On a fully balanced rig, something like the Oppo HA-1 outed via balanced XLR outputs, Ray’s little powerhouse transformed into something that really blew my mind. Now, of course the HA-1 from Oppo by itself sounded better by itself with every balanced headphone I own, but consider that unit is $1100 and Ray’s amp is only $500. The combination of the two was highly satisfying with roughly half of the balanced headphones I own, the other half didn’t really play nicely with the Lightning. 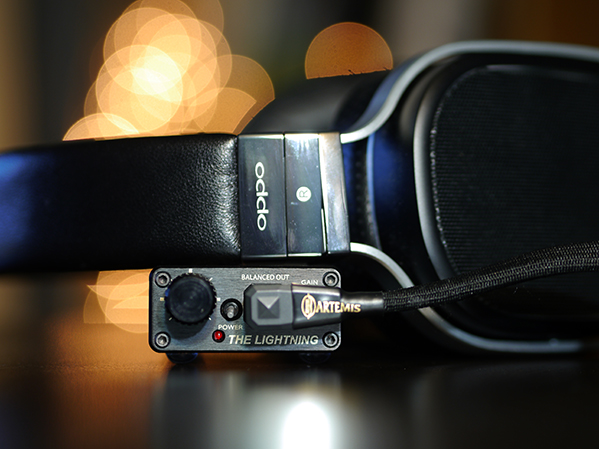 The Sennheiser HD800 in balanced mode was underwhelming with regard to the sound staging and the bass, both of which I found to be highly boring and something I don’t at all care to listen to again with the Lightning as the final link in the chain. However, the treble was surprising. I found it to have actually tamed the HD800’s more finicky upper end experience and driving the bite factor down to enjoyable levels. Odd, but I am not at all complaining. 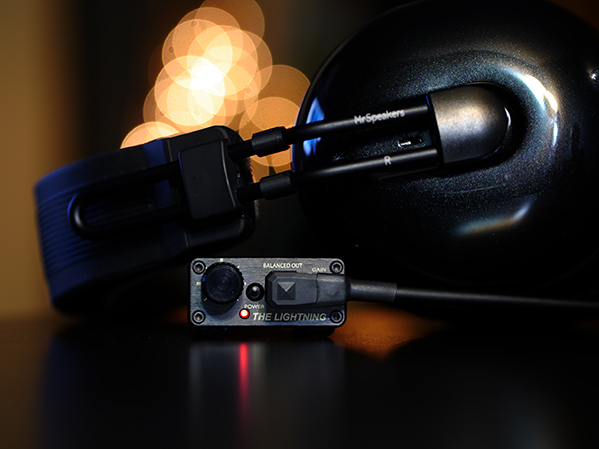 The AlphaDog from MrSpeakers paired incredibly well with the Lightning, what a fantastic combo, especially when sourced via my $200 or so iBasso DX50 in a semi balanced setup. Pretty much the best mid tier portable rig there is in my opinion. This trio is amazing and I would assume it to be even better with the DX90 or the Fiio X5 in the mix as well. Driven with proper authority, the AlphaDog really doesn’t require a great soundstage in a source to sound spacious, it seems to sound generally the same on all of my sources and Ray’s amplifiers are not at all known for their sound staging qualities…which the AlphaDog has in abundance. No worries to my fellow sound stage nutbars, you won’t be upset with the Lightnings average sound staging qualities when paired with the Alpha.

The JH16 Pro FreqPhase CIEMs underperformed with all tested sources including the HA-1 that were paired with the Lightning, due to the Lightning bottle necking the entire clarity experience. In balanced mode, the Lightning and JH16 combo is not something I recommend as I’ve found the F-35 Lightning to not boast enough clarity to do the JH16 justice, especially so on the low end and treble. The mids were more than acceptable both in clarity and texture but the lowest lows and treble were immensely dry, boring and lackluster. However again, the background noise is non existent on the Lightning, it is dead silent. I’ve owned $1000 amplifiers that aren’t even close to being this quiet and even my Burson Conductor SL all by its lonesome has some hiss and static in the background, whereas the Lightning has virtually none.

The Audeze LCD2 Rev2 paired immensely well with the Lightning, this was another winning combo. Even though I detest the LCD2, I found the overall clarity and styling with the Lightning in fully balanced setups to be highly satisfying. This is a good meshing and seems to play well with any portable source, hell it even sounded pretty good with my Sansa Clip + Lightning combo in semi balanced mode.