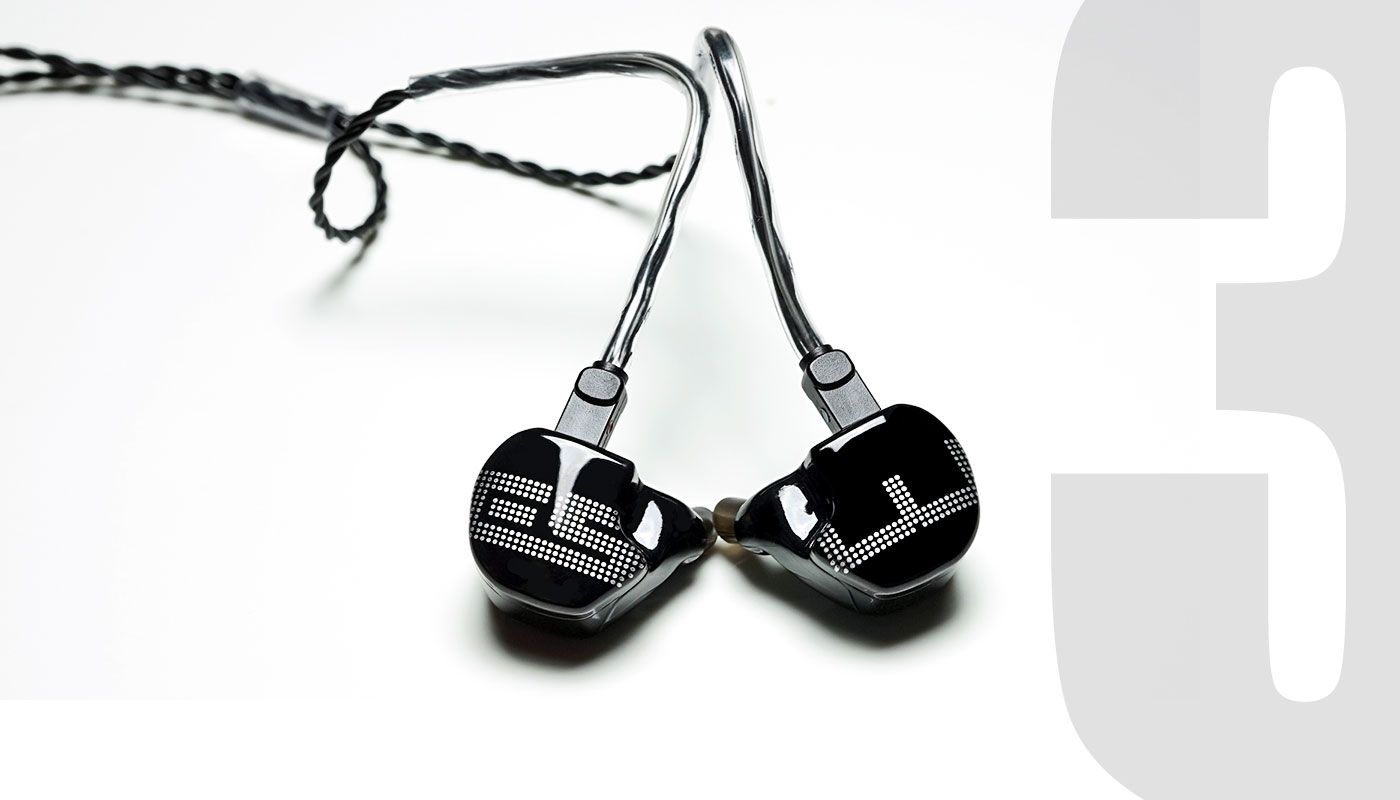 The ES-3 is rated at 30 ohms and 116dB and has impeccable behavior with the majority of good quality amps and sources I threw at it with regard to hiss, background noise, and volume control. It does require just a shade more juice than efficient IEMs such as the Campfire Audio Jupiter and the Andromeda. These BA designs will reach optimal driving levels on weaker amps by around 5-6 steps lower than the ES-3 on most DAP volume controls using low gain. Conversely, the ES-3 is quieter on known noisier DAPs such as the Cayin N5 and the Shozy Alien making it a versatile IEM for source selection when it comes to efficiency.

There are some slightly tonal variations in relation to the amount of power you connect the ES-3 up to. Smartphones will produce a pleasant easy going and smooth sound but fail to get the most out of the ES-3’s impressive low end where it lacks the usual body and definition you can achieve with higher rated amps and DAC’s.

Some higher rated DAPs were too soft in their own right and lacked dynamics to get the best out of the ES-3 such as the Opus#1. Out of the pairings below the Shozy Alien and Shanling M5 stood out as the best budget to mid-fi all-rounders with the ZX2 being the most resolving and the i5 being the most musical. I would pick the X7 AM3 as the most detailed in the mid-fi range but I might prefer the AM2 or AM5 module for more punch with the ES-3 over the smoother more laid back AM3 module.

Easy to drive from the Cayin i5, no noticeable noise of background hiss on low gain.

Tonally, this is a rich sounding pairing with a full-bodied low end, a slightly elevated upper midrange, and a strong vocal performance. Treble has a nice extension, good detail, never too forward, shortish decay but still relatively airy sounding and sibilant free. This is an excellent pairing for EDM, rock, and pop. It’s completely non-fatiguing and perfect for long listening sessions without it ever sounding boring.

Again, relatively easy to drive with zero noise or background hiss with this pairing in low gain

This pairing seemed to gel better with sparse sounding detailed music such as The Police, Cats In Space, Ghost Riders (Southern Rock) rather than full steam ahead hard rock such as Slayer and Metallica where the i5 generates more low-end power with the ES-3.

Used a decent level of power but as per most of the DAPs tested, this pairing was also noise and background hiss free.

This was my least favorite tonal pairing producing a very soft presentation lacking in bite and losing a degree of clarity, especially in the upper midrange and lower treble where a lot of sparkle seemed to have gone missing.

I can’t fault the detail that the pairing could deliver, it is a resolving enough and the staging is decent though imaging is not quite as fun as the Alien. However, it simply fails to excite with the ES-3 particularly with vocals which get rather lost and almost veiled sounding.

I was expecting this pairing to exhibit a small amount of noise but nope, no noise or hiss so despite the 116dB rating the ES-3 is very well behaved indeed.

Tonally this pairing is a touch darker sounding than the Alien but more dynamic than the Opus#1 and the X7/Am3 pairing. It resides closer to the i5 but not quite as weighted in its low end unless you throw on its Clear Audio+ EQ. It is, however, more resolving and accurate sounding than the i5 and the ES-3 benefits from that with a more accurate instrumental timbre and voicing.

This pairing is also a pretty nice match for indie rock, Synthwave, and New Romantic genres where managing nuanced detail at the top end becomes a little more important for me.

The Alien is fussy with IEMs though the gold edition is better behaved than the previous silver edition. Glad to say that the ES-3 performs very well indeed with the Alien with little in the way of detectable noise or hiss.

Tonally this is a warm pairing combining the lush tones of the Alien with the rich musical Es-3. What I love most about this tonal pairing is how the Alien really maximized the sound staging capability of the ES-3.

If ever there is a demo showing of staging and imaging for the ES-3 the Alien is bang for buck in this respect. Excellent depth and width with above par imaging and instrumental separation. Even the most nuanced change in solidity and positioning of the instrument felt effortless. This pairing is excellent for trance, hippie dance and new world and some orchestral works. The only caveat is that some might want a bit more bite and sparkle in the upper treble performance hence my caution on orchestral works despite its excellent staging capability.

Another noise and hiss free win for the ES-3 with the M5 which had no issues in driving the ES-3 in low gain mode.

Tonally this is a cross between the i5 and the ZX-2 and probably my favorite pairing out of the lot for vocal performance and that upper midrange response. It’s a relatively natural sounding presentation with a decent low-end weight and extension and a clean and clear vocal performance that’s far superior in texture and detail than the Opus#1.

This pairing was excellent also with vocal infused dance and EDM, as well as female vocalists such as Indonesia’s Anggun whose textured and seductive tones marries so well to the ES-3’s own smooth performance. 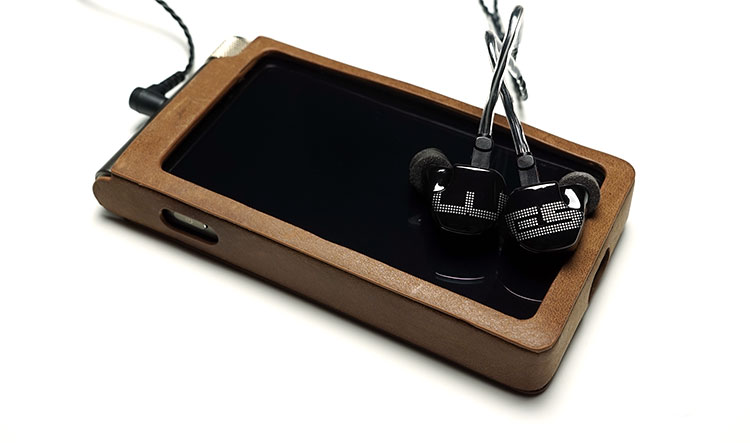 The Primacy is easier to drive than the ES-3, however, it is more sensitive to noise with some hiss present in playback with the Shanling M5. Despite its 107dB rating that low resistance number means you won’t need a lot of power to get the Primacy singing so it will hit optimal driving levels on weaker amps by around 4-5 steps on most DAPs.

The Primacy is a more forward sounding IEM than the ES-3 with a heavier hitting low end though with a slight bias more to mid-bass girth than sub-bass rumble. That dynamic driver in the Primacy has a nice warm sheen with a slightly slower pace to ES-3’s BA bass performance which is also on the warm side but a bit tighter and quicker sounding. The ES-3 low-end performance is more linear sounding with less of a mid-bass hump than the Primacy.

Primacy mids are again a bit more forward than the more balanced sounding ES-3 and whilst both have a nice smooth character the attack on the Primacy is a touch softer than the ES-3 more accurate timbre. Also, the ES-3 sounds more spacious in the midrange than the Primacy with a more refined vocal reproduction that sounds more life-like. Treble on the ES-3 is more extended with better sparkle than the Primacy which has s slight peak at 7k with some lower treble energy but then rolls off fairly quick thereafter making it sound less airy.

Although approximate, quite a lot of Noble IEMs have had somewhere around 30-ohm ratings and the performance of the Savanna, whilst slightly more efficient than the ES-03 would point to something close to 30 ohms again. The Savanna will play louder at similar volume levels than the ES-3 by around 2-3 steps (Shanling M5). It also has a very good control over background hiss and noise using the Shanling M5 as amp and source.

The Savanna has a cleaner, leaner and slightly more neutral presentation than the warmer, smoother and more u-shaped sounding ES-3. Bass on the Savanna has a very gentle mid-bass elevation but nothing huge, just enough to give it a little bit of fullness and warmth without losing its excellent speed and clarity. The ES-3, on the other hand, is fuller sounding, more planted and just slightly slower sounding compared to the Savanna. If you want good weight and power the ES-3 will give offer more than the Savanna.

That neutrality stays relatively consistent throughout the mids of the Savanna compared to the slightly smoother and richer sounding ES-3. Both have good treble energy actually and both avoid sibilance very well indeed however the ES-3 has a more forward treble presentation with a bit more sparkle over the Savanna. Staging on the ES-3 is more holographic with better depth and width than the Savanna. In particular, the ES-3 has a more spacious sounding midrange than the slightly narrower sounding Savanna.

The IT03 is more neutral sounding than the ES-03 but with a harder hitting low-end courtesy of its hybrid dynamic driver. Mids on the ES-3 though are more prominent and spacious sounding than IT03 which has a more neutral presentation and a slightly thinner sounding note.

Both the IT03 and the Es-3 have a more energetic upper midrange and treble response but the ES-03 sounds a bit smoother and richer than the more clinical and brighter sounding top end of the IT03. Vocals on the ES-03 are smoother and less edgy in comparison to the IT03. Overall I find the IT03 the more exciting of pairings but the ES-03 is the most coherent sounding with better balance across the frequency range. 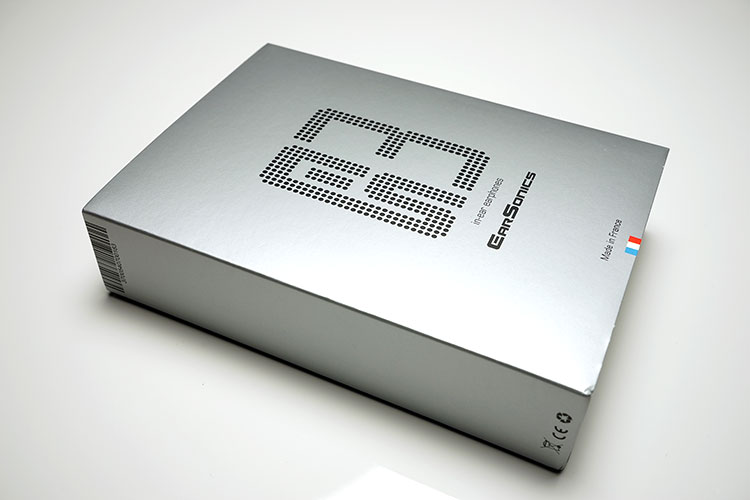 The Earsonics ES-03 is an outstanding performer for its price with a very listener friendly tonal profile that in no way lacks in detail and articulation for the most demanding of audiophiles. This is my first time with an Earsonics product of any kind and I was wondering what all the fuss actually was about and why they are rated so highly. Now I can see why. It is not just about the technical capability that marks out the ES-03 as an excellent performer. No sir, it’s the tonality. Earsonics get it, they understand musicality and the ES-03 hits the mark in that respect.

The fact that is home grown, Made in France, from the materials used to build the shells and all that comes with that should pay special mention. It has allowed the guys to experiment to a level where they can produce a sound that they can call their own. No importing of drivers and no compromise. If there is one area I would like them to focus on and that is the fitting. It seals good but it feels very weird in the ear. Perhaps you got a better fit than me, if so then great it is purely anecdotal from my end but there could be room to just fine tune that experience.

At 399EUR it is not bargain basement. There is plenty of competition for the money with the Noble Sage and Savanna, iBasso IT03 coming in a bit cheaper and the Primacy from Oriveti still going strong on the usual forums and boards. Yet I think it’s up there, on par with the Savanna at the very least and offering something that bit more forgiving, more friendly and more engaging to compliment the Savanna’s eye for neutrality. It certainly blows my old stock on the go Westone W4 out of the water so I think the ES-03 might be my reference musical mid-fi for a while to come.