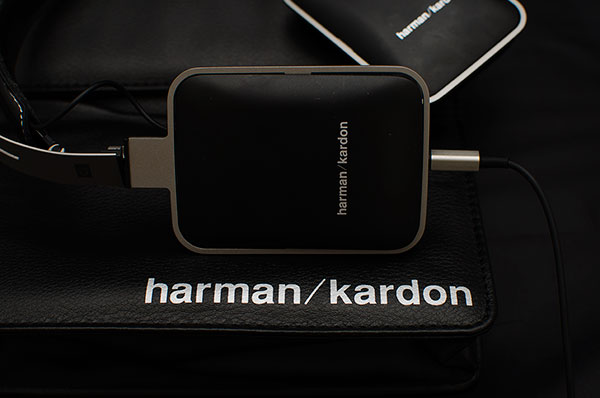 The CL by Harman Kardon

The CL is one of a raft of new releases by Harman Karon in personal audio for 2013. Actually to be honest with you for me HK, (Harman Kardan), have been very low profile in personal audio up until this point with its business partner AKG stealing much of the legacy and glory for many years now. When I think of HK I generally think of well designed home theater receivers at the top of the pile followed by some speakers and various other products but never really the cans. When HK said, “hey wanna try the new range?”, I actually had to look up the site to see what that might mean. Indeed HK do now have cans and some seriously sexy ones to boot. Going for the “rectangle is the new round” favored by the likes of Bowers & Wilkins, the CL also has a bluetooth identical twin, the BT but I went for the wired CL for the review choice. Call me old school but a wired headphone is going to beat a bluetooth headphone any day of the week in my estimation.

I really have to admire how the CL was put together and packaged. It is a thing of beauty but a more mature sophisticated and elegant proposal than a kiddy or monotone anime pitch so often found in the Beats culture. The CL is not for the Beats generation but it does reek of style but to be honest it is pretty unique looking. You wont miss its retro/angular looks in a sea of headphones. This was made to stand out and was made to try and justify its price which to be frank is not that expensive to be honest at around 12-14k local and $200 international. 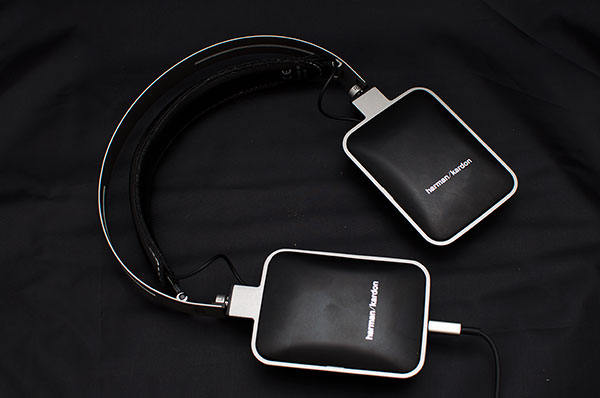 The headphone itself it not quite as simple in design as the B&W P3 and P5, sorry but they take the cake for simple yet classy eye-catching design. The CL runs it pretty close but the metal feels a bit thinner and there is a darn site more moving and clicking parts on the CL to contend with. Like the P5 the CL can lay the cups flat and sports a single entry thinnish looking but otherwise acceptable mic enabled 3.5mm terminated detachable cable. Note those with beady eyes will spot the AKG R&D technology sharing with the K3003 mic control system and design on the cable. I always liked that blocky metal look so I have no objections to that at all. The whole package is completed with a rather swish little free standing leather satchel which is initially folded in two creating an ugly line across the otherwise spotless case – don’t worry this irons out over time – honestly. 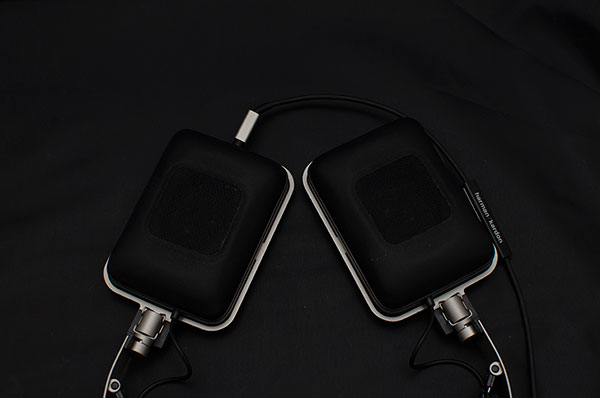 Fit and comfort wise the CL is above average but the on ear confirguration stopped it being smooth sailing after a few hours with a slight build up of pressure sensitivity on my outer ear. The isolation is about par for on-ear closed headphones but minimal external leakage so maybe not the most appropriate for commuting due to the slightly large size and lack of foldability but pretty darn good for the corporate environment or discreet desktop usage. Mind you discreet is impossible as I found out myself with plenty of hands poking and wondering what kinf of headphone it was – yup a quiet day at the office. The cups, as you may have noticed by now are square and on ear and finding a sweet spot is a must after a while due to the pressure on the ears as with most on-ear headphones. The padding is much like the P5 with magnetic detachable cups allowing the whole padding to come off in one easy motion.

I have to say the CL is a real looker and for pimp quality alone I would give it the “2013 rubber neck audio shopping award” but then thats just me – others might disagree.

So how does HK in two cups over your ears actually sound? If you are thinking AKG K550 levels of clarity, and a sizziling top end articulation you would be quite wrong actually. But then if you are also thinking thin sounding bass light you might not be right either to be honest. It is almost as if HK was very conscious of the AKG house sound and turned the K550 upside somewhat and out popped the CL. The result is a more bass dominant headphone with decent mids but a somewhat duller rolled-off top end lacking in a huge amount of articulation giving a closed headphone that whilst I feel is superior and more open than say the B&W P3/5 and it certainly extends higher than the TMA-1 but it does lack a touch of sparkle and flexibility in some areas that can prevent it from being classed as a particualry subtle or detailed headphone.

That being said thankfully the CL suffers from zero sibilance, excessive reverb or any harsh edges to its attack giving it a very smooth response in the mid to upper range and allowing for good extended listening periods if the cups so suit your ears, (which after a few hours began to grate a little on my outer ears). Sure you can roll off the treble to get rid of any perceived hot spikes but even so the tuning is excellent in terms of response – it is just a pity there is not enough extension to really let the CL soar from its existing pleasureable if somewhat one dimensional cruise control feel. 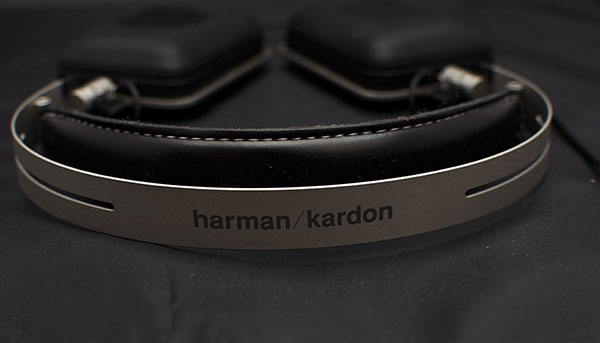 I did enjoy the mids performance of the CL which is much more even and responsive than I anticipated with a slightly forward but very well centered image for vocals, particularly on center stage vocals where percussion and instructments need to support rather than drive vocal performance. I actually found the CL come into it’s own where mids where front and center. The rolled off treble and coherent but not too boomy bass really where an asset rather than a hinderance. It is certainly a superior performer to the B&W P5 in this respect though don’t expect oodles of detail on the treble instead enjoy the smooth warm tones and a nice touch of musicality.

The CL is a stunning looking headphone sporting the latest square cup trends started by the likes of B&W but executed somewhat better in the sound quality department than previous attempts. It is a cleaner and more open headphone than the P5 and P3 and superior to many of the other “made for ipod” iterations. It has a warmish tonality with a somewhat muted treble and a slightly dull top end articulation that can leave some more dynamic and treble demanding genres seem samey or one dimensional but throw it onto a mid centric genre with smooth vocals and the composed nature of the CL shines a bit better. This is for long term listening in sound though the square cups may not allow that. Considering the CL price point the competition is quite stiff with the older HD25-1 II, the TMA-1 and a few v-Moda iterations competing for your sense of vanity and ears but I do recommend you give them a try just for the unboxing experience alone which is top notch.