The quantity of the bass bumped a bit after the Red Wine Mod but not much, I am not even comfortable saying it is there, but something inside me saying there was more bass than before. If there really is, it’s a small amount and I can attribute it to the clarity boost and the background of the player feeling much darker, thus allowing for more POP on the bass. I found the stock bass highly satisfying and never boomy, artificial or boosted. I enjoyed it very much and only that much more in post-mod. It is rich and well textured but still a step behind the Hifiman HM901 and even the HM801 on the low end, both of which seemed more pure and solid but also less forgiving. The AK120 bass seems softer, more gentle and not nearly as solid on my gear. 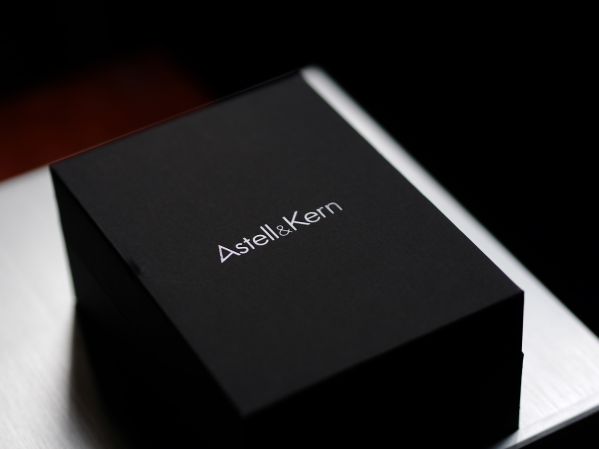 This is a great thing if you desire that type of a sound like I do. I hate punchy bass. I prefer that soft, lush and velvet like low end experience and I find it much more musical than most other hifi portable players. Musicality seems lost in most of the expensive audiophile grade music devices. I’m unwilling to allow musicality to take a hit just for the sake of accuracy, thankfully the AK120’s low end is highly musical. There are a few tracks from Jamie Foxx that and the Ministry of Sound that I really enjoy that worked out very nicely. I’m not into the pounding bass thing, but I am into the heavily weighted feel of low end. The softer and weightier, the more happy I become. I pretty much got everything I’ve always wanted on the low end in the stock form of the AK120.

Very lush, very soft and forgiving yet again on the stock version, but more sharpened and well defined on the Red Wine version. The tone of the stock AK120 ruined the natural midrange I often desire, so I was happy to hear the RWAK120 drastically improve the definition of darn near everything. Vocals seem more clear as they are now properly driven and as a result sound noticeably sharper in a good way, they have just a little bit of bite to them, just enough to consider it highly engaging and never painful or annoying. It’s just right. In fact, even the stock AK120 mid range was my favorite of the really expensive players that I’ve messed around with. I find them really nicely set up and perfectly spaced, I’ve never felt they were overly intimate, nor have I once felt they were too distant or lacking. 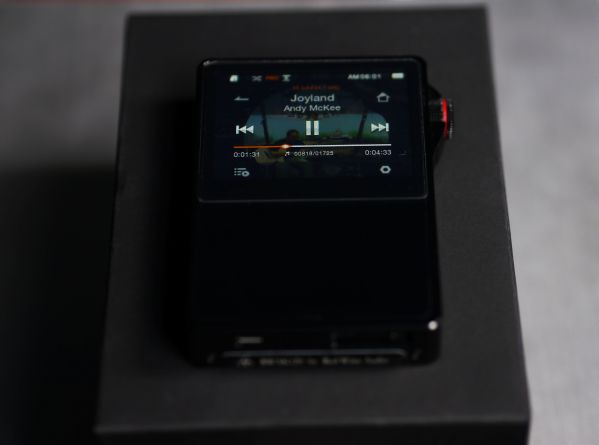 This is a vocalist Dap in my opinion, due to the entire experience being softer and more rounded on the edges. Male or female, doesn’t really matter, most of my vocal track favorites sounded incredible when the stock AK120 was used as a source and paired with an amp. When used with the easier to drive headphones I own, the experience wasn’t as nice. It wasn’t until Red Wine modified it for me that the experience leveled out and allowed the player to finally shine. All that hidden potential is in there, hiding and beginning to be released. You just have to pay $250 extra to get it out. I think it is certainly worth it. If you like the tonality of the JH customs or any similar sounding headphone, the Red Wine RWAK120 is a must. It really meshes well with them and as I mentioned previously, the JH16 FR and RWAK120 is just about the best portable experience I’ve ever had.

Oddly enough, I found the stock AK120 upper region to be superior and more enjoyable than the Red Wine version. Why? I’ve not a clue and was unable to figure it out. The stock AK120 has the most beautiful and sparkly upper areas in a portable player that I’ve ever heard. The HM901 sounds bland by comparison and the Colorfly C4 doesn’t even come close. It’s beautiful and shimmering, exceptionally clear and very enjoyable. I prefer a hint of brightness to it, with that magical sparkle quality. Just a bit of snappiness to it, just like the midrange and far from painful or annoying. The Red Wine version seems to tone everything back down to unwanted levels to my ears and I find myself always wanting that shimmer back. The Stock sound signature of the player worked for only the upper region in my opinion, post mod I find it lack luster. Still very clear, maybe more so than the stock version but still very natural and lacking any special qualities on the upper regions. I find violins, screaming guitars and vocalists shoulder shrug worthy now, but I must bring back up the fact that the Red Wine mod really helped the Bass and the Mids significantly over their stock sound. There is always a trade off…but the post mod upper region is still extremely clear and textured. It is just lacking that bit of sparkle that I lust for and became something more natural.

The stock sound stage was very nice on this player, but I cannot say that the player had any special qualities in this regard. It’s an all star player with soundstage. Good width, good height, good separation and good depth…but nothing is great. Sadly, it’s still not that good post modding and I think the HM901 certainly had a more realistic and layered approach to the stereo imaging, yet was about on par in width. I find the presentation itself very enjoyable and more than satisfactory for portable needs. As a Dac, you might want to look elsewhere for a better deal. Expect most qualities to be pretty good, but nothing truly amazing.