The Sunshine Kiwami cable is a product of the Japanese firm’s latest dip-formed OFC copper cable for IEMs with MMCX connectors. It is priced at $199.

Disclaimer: The Sunshine Kiwami cable was sent to us in exchange for our honest opinion in this review. Many thanks to Sunshine for giving us this opportunity and to Miss Akiyo for acting as a translator during the process.

To read more about our cable reviews you can click here

Sunshine came out of nowhere to land in my inbox about 2 months ago. Truth be told the formal yet slightly broken English threw me a little and I didn’t really respond for about a week or so. I am glad I did. Not only have I met a few very nice and very genuine people but I also got to hear a very fine IEM cable, the ‘Kiwami’.

Now I call it the Kiwami because that’s what I am reading on their English version website. I could be horribly wrong but it sounds like a cool name for cable so I am giving it that name anyhow.

What you do need to know at this point is that this is an MMCX copper cable with a dynamic response and it retails for $199. It is an unassuming looking cable, you can easily mistake it for a dreaded Plastics One budget cable from afar. However, the proof is always in the pudding and how it tastes and this one tastes surprisingly good,

Sunshine is really known for a much broader range of audio components than just IEM cables. They make and sell everything from turntable plinths, analog interconnects and speaker bases to name but a few. They are also heavily involved in the Pro Audio sector with absorption boards for studio and magnesium insulators.

Outside of Japan, this would be a new name to many readers but perhaps those that go to the annual Portafest in Tokyo may have bumped into them before.

The positioning of the Kiwami on the website is under their “earphone re-cable” section which may be a quirk of translation since most re-cabling as I know it involves non-detachable repair work. They actually sell 2 versions of the Kiwami IEM cable, a 3.5 single-ended and 2.5mm balanced termination. The composition of each cable and the price, $199, are unchanged. This version is the 3.5mm single-ended termination.

At $199 the Kiwami is going to be competing with the like of EA’s Ares II, Rhapsodio’s Pandora Dwarf and Null Audio’s Vitesse to name but a few excellent ‘entry-level’ aftermarket audiophile IEM cable replacements.

It is not the cheapest cable in the market, iBasso’s CB series and FiiO’s RC series all start under $100 but generally speaking the Ares II is the benchmark in terms of price to performance for me personally.

The Kiwami is a 4 core OFC wire with 35 strands per core or a total of 140 strands per cable build. Now technically the purity level before they process it is 4N. For those that are not aware of what 4N is we have actually touched upon this before in our Astral Acoustics Taurus review earlier this year.

4N basically stands for the purity level of the OFC copper wire used. This is how purity is defined when acquiring alloying materials. It is not a wholly accurate measure as there are the absolute purity and the common metals basis of purity debates. It is generally taken as an approximation but the N stands for numbers either side of the decimal point.

In this case, 4 numbers or 99.99%, which is around the middle of the purity scale in its raw form. You will see lower purity standards such as 3N and it works in the same manner at 99.999%. The numbers above give you a broader understanding of the entire range used.

However, the raw form 4N OFC wire then goes through a process called dip forming before the Kiwami cable build begins. Dip forming enhances the purity of the wire to a 6N level which is where I would want any copper aftermarket cable to be to remain competitive.

Essentially dip forming cable is made by hand without adding any chemicals to provide a better copper crystal structure in the wire. In doing so wire should have a higher purity level for signal transmission and lower resistance.

At an industrial level, the copper goes through a continuous forming process to achieve that 6N-type purity level. The wire raw form starts as a shaved copper rod. This rod is then passed vertically upwards through a cruci­ble of molten copper. Once out of the crucible the rod is now much thicker than before. It then passes through a cooling tower before being led to a rolling mill for reduction to the required size as a continuous process.

This is an old-school process started way back in the 1960s via GE but thrives today in Japan industrial wire making. Companies like Round Teck of Taiwan and Elite Power of Singapore regularly manufacturer high purity OFC copper using the dip-forming process. 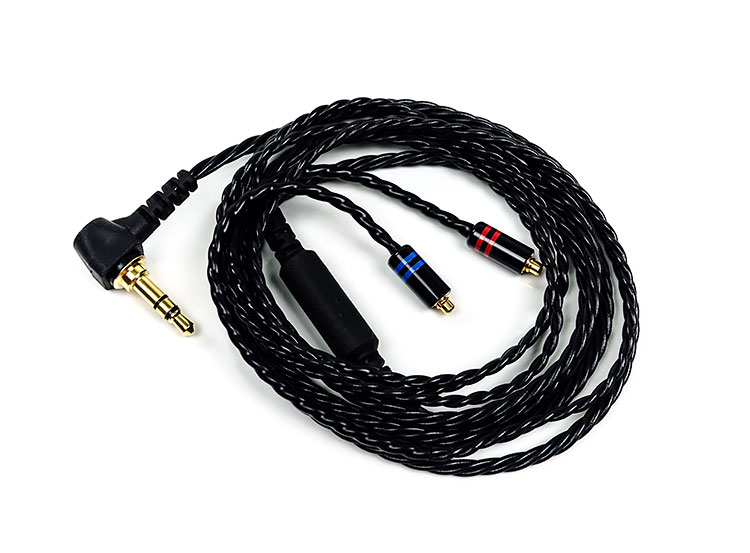 The Kiwami cable has a fairly solid black and understated look. From afar you could easily mistake it for a stock Plastics One cable. In your hand though its an entirely different beast. The OFC wire is coated with a heat shrunk PVC material for the jacket and twisted rather than braided very tightly.

There is an additional layer of PVC discreetly applied to the top of the cable to form memory hooks which retain shape rather than twist to shape. The cable feels heavier than any Plastics One cable, around 26awg for sure and also a bit denser to the touch.

This is a very different build type to that used on the Ares II, Pandora Dwarf or Vitesse. These cables use a braid build and transparent PVC jacket. They look bigger, but also visually more striking than the Kiwami. To the credit of Sunshine, the Kiwami does look like an incredibly durable cable.

Handles very well actually with a fairly pliant build quality and just a tiny smattering of memory retention but nothing that would create annoying tangles. More like a wave or the odd kink when you unroll it which flatten out after a few minutes. It does seem to have one permanent small wave kink near the 3.5mm jack barrel which I presume is due to how the cable twist evolves out of the barrel.

Microphonics or physical noise on the wire is low but not dead silent. Not quite as deadened as a high-end Effect Audio Leonidas II but better than the ALO Audio Reference 8 performance which costs a little more.

You can only buy the Kiwami in MMCX connection from. Those with Campfire Audio, Westone or iBasso IEMs this will work just fine with your gear. You can email and ask them if possible to switch to 2-pin but that may depend on their production queue. It is one of the areas I think Sunshine should maybe look at down the road. Enhancing connectivity options will open the Kiwami up to a wider market.

That being said the MMCX connectors are of good quality with a threaded metal barrel which I prefer to glue-on alloy chrome barrels. Both barrels are also painted black and finished in a bright red and blue banding for right and left channels. The chrome barrels tend to slide off too easily under pressure, these do not. They may loosen slightly over time so worth checking the thread to make sure they are tightly screwed on.

The barrels, like the cables, are quite sturdy but understated in design. Both the jack termination and y-splitter use a stiffened rubber material which is extremely robust but also fairly refined in their finish. I particularly like the sculpting on the back of the jack which has small indents to help your fingers get a better grip when pulling out the jack. 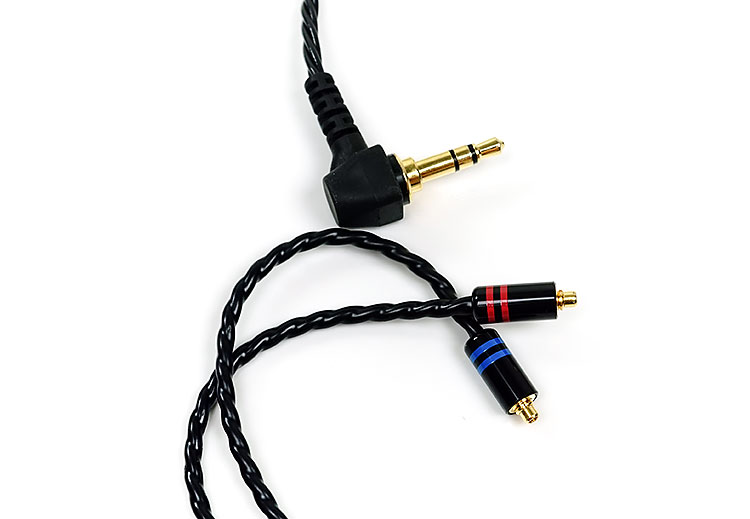 No issues with the Kiwami on the ear though those with glasses might have some issues as the memory wire is not terribly retentive. The hooks are more like guides that bend under pressure but will snap back when the pressure is released.

For me, without glasses, I find the Kiwami cable perfectly fine. However, the top bend pokes out and I suspect this will interfere with glasses. To be fair the cable hooks tend to angle towards your head and not away so there may well be enough room to slide a glasses frame past it.

Apart from that, you will not have that much pressure on your ear. This 4-core cable is fairly typical in comfort of most 4-core wiring being light and dropping down nicely behind the back of your ear