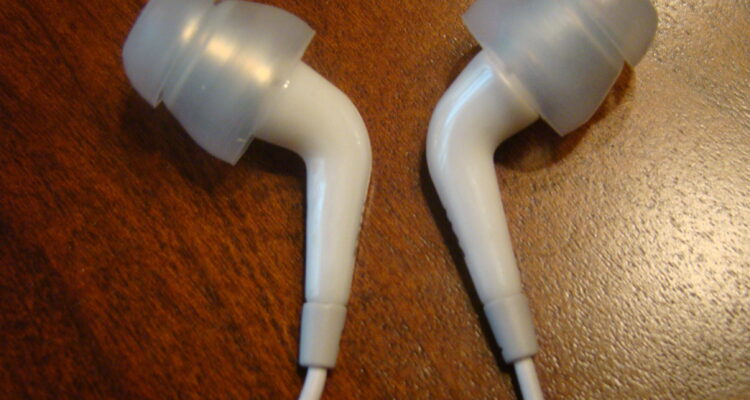 Headfonics
IEM & Earphones
April 17, 2011
So, MEElectronics, from their humble roots, has finally created an IEM that’s firmly mid-fi, while putting the brilliant micro-driver MEE has tuned into a sleek, ceramic housing. Interested? Read on to learn more!
The MEElectronics CC51 is a very cool new IEM made by (obviously) MEElectronics. While from a distance, they look like they’re made of nice, shiny plastic, when you hold them in your hands, it is apparent that they are not made of plastic, but of ceramic. The CC51’s are the second IEM of recent memory that is made of ceramic. The first is the Nakamichi NEP-XT1, of which the MEE has OEM’s the housings of for the CC51’s. Why ceramic you might ask? Well, the ceramics used in the CC51 is dense enough to kill any unwanted resonance in the IEM. That means that there is a purer sound, and for those of you that are into the nitty gritty, resonance causes extra coloration in the sound because the vibrations that occur in the backwaves are slightly different than the original backwaves, and when they reflect back to your ear, they add coloration, usually for the worse.

I’d like to thank MEElectronics for the review sample. 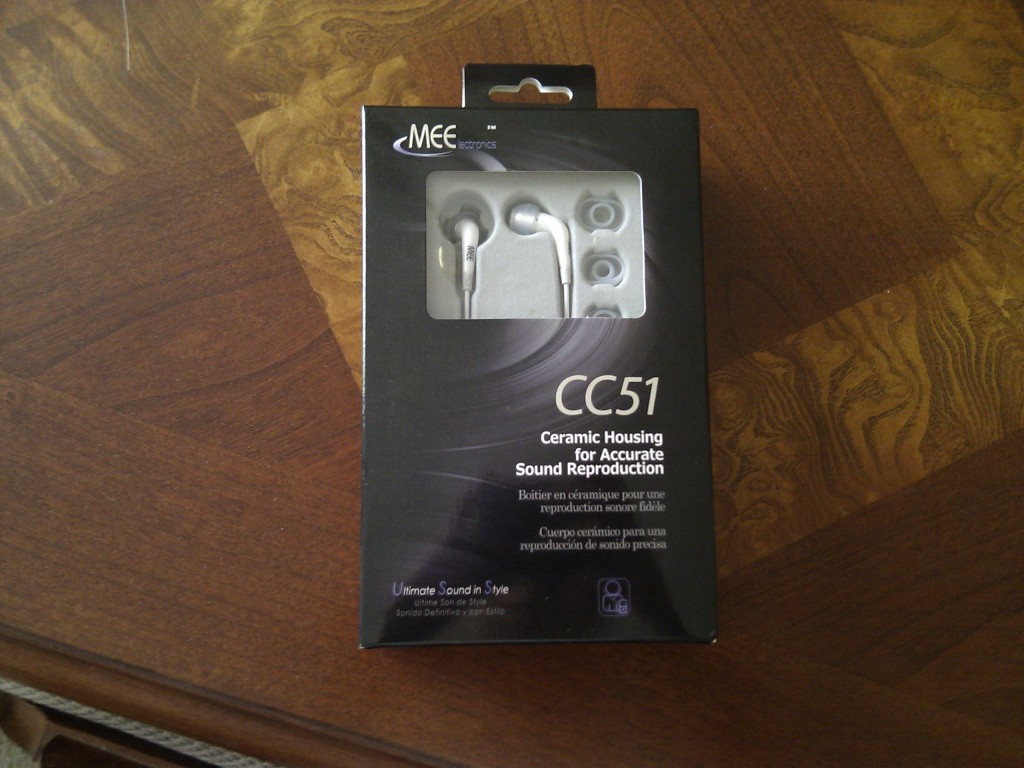 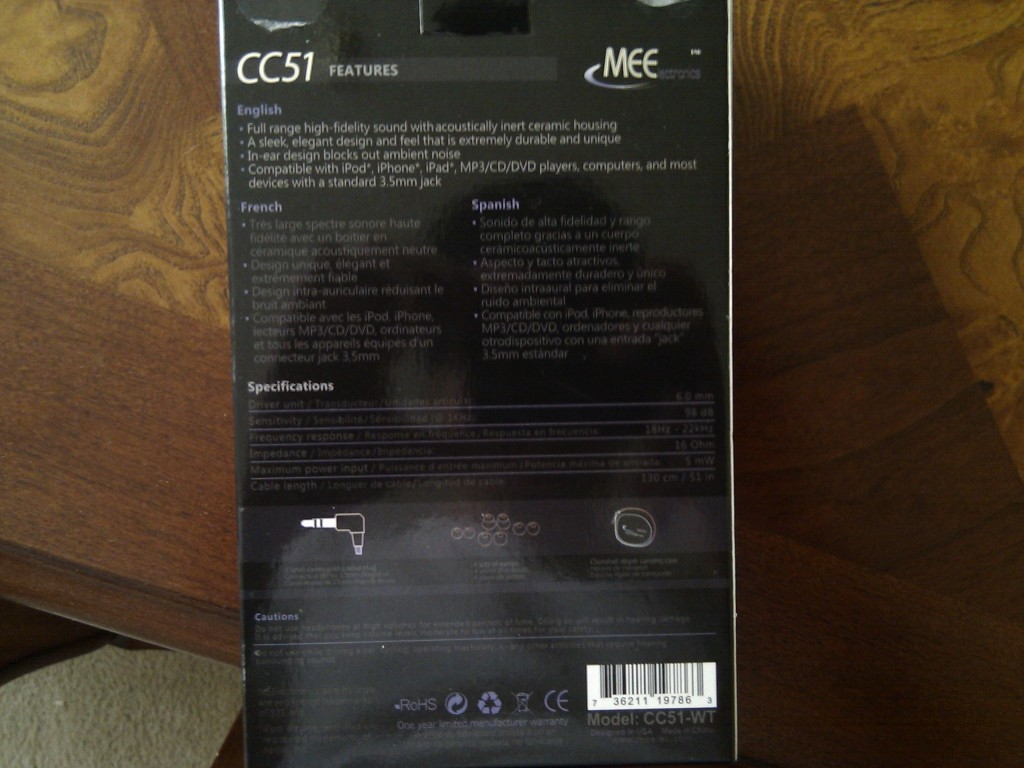 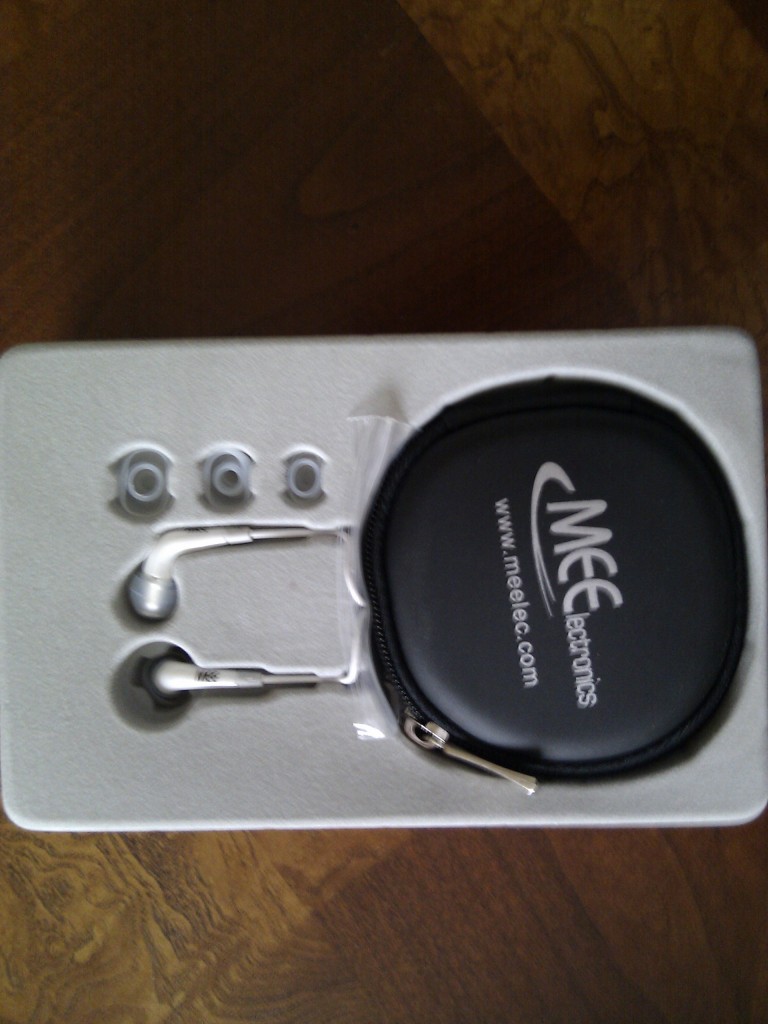 The packaging of the CC51 is more “premium” looking than the old line of MEE boxes. Instead of a thin plastic box, the CC51’s have an elegant looking black paper box. Inside, there are four sets of tips—one double flange and small, medium, and large. Also included is the standard MEE case.

Like I said before, the CC51’s are made of ceramic, which is about equal to quartz in the Moh’s hardness scale, so I’d assume that the housings of these isn’t exactly a weak point. The wires are different than the rest of the MEE IEM’s which is odd, but they still seem sturdy, and they’re more flexible and retain less than the standard MEE cables. There is proper strain relief in both the plug and the housing, so you should be safe with these. There is a bit of driver flex with the CC51, but I cannot find a reason as to why that could be a deal breaker.

When I first tried the CC51’s, I noticed something very strange. They were very bright, which went against everything that’s been said about the CC51’s. I used fun.’s Aim and Ignite, which is already a bright album in the first place, but there was an insane amount of sibilance, which left me dreadfully confused. I let them burn in for about 50 hours, just to see if burn did exist, because I had another, mistuned pair of CC51’s on hand (they were much darker than they were supposed to be. It was a preproduction problem, so new ones won’t have this problem at all) and to my surprise, the new CC51’s totally mellowed out after the 50 hours. They were much smoother, and more coherent. The mids, while not as prominent as I’d like, are balanced with the rest of the spectrum. They are not overly detailed, yet exhibit nice timbre. The bass, which MEE is known for in IEM’s, is not as accentuated as my M9 or M21, but instead, is more controlled and deeper. The treble is smooth, yet crisp and detailed.

For this review, I shall be using a NaNite N2, a warm sounding player that has a pretty powerful Class A amp inside of it. Music is in 320kbps, as it should be!

While good bass was the focus of MEE’s original M series of IEM’s, the CC51’s take on a more balanced role. That is not to say that these are slouches in the lows—the opposite in fact. These have pretty spectacular bass in fact. It is controlled, yet punchy, and absolutely excels in genres that call for tons of bass. They can go incredibly deep as well. They present 30hz with ease. The decay and speed of bass is impressive at this price range, nearing my Turbine Pros. Concerning the mids–they’re favorite part of the spectrum, so I’m pretty strict in this aspect. The mids, while not as recessed as the M9’s, are slightly warmed up and pushed back in comparison to the bass, so they aren’t my favorite. That is not to say the mids are less than ideal. To the average consumer, these have amazing mids. They are warm and enveloping, while being accurate and mostly balanced. If I wasn’t partial to forward mids, I’d give these my full blessing. It would be hard to find mids as romantic sounding as these at this price. Detail is abound, and the texture of vocals and instruments is almost spot on. The treble on the CC51’s is smooth, but not quickly rolled off. Sibilance is incredibly rare on them. It takes a very sibilant album to coax even the smallest bit of sibilance from them. While these aren’t RE-0’s (nor do they try to be), they still have good detail in the high end, and cymbals sound almost right on them.

While these do not have the biggest soundstage, it has very good positioning, which in my opinion is a more important aspect of any given headphone than knowing how far a flute is from you. Microdetail is presented, but not forced onto you, somewhat like a high end headphone that isn’t treble happy.

Now that you all have a general gist of the sound signature, you’re all probably interested in how they perform in various genres. Well today is your lucky day!

This section will feature Tool and RHCP. I chose Californication to test how forgiving the CC51 is. The album isn’t exactly painful to listen to, but it still wasn’t completely enjoyable. Cymbals were downright shrill. Vocals were hazy, guitars were veiled, clipping was very evident. Now to switch from a poorly recorded album to a decent one. In Ӕnima, everything gets better. The vocals are intimate and growly, guitars display a crunchy warm tone to them. Drums are impactful, while having natural decay, and the bass line, while easy to follow, does not overwhelm the rest of the instruments.

Tiesto and Deadmau5 here. The CC51’s keep up with any complex bass passages wonderfully, and convey female vocals quite well. There is also a surreal aspect the CC51’s add to the music, which I’m sure everybody would like. Synth is a tiny bit shrill in the Tiesto album. At times, the bass can get to be a bit too much, but it isn’t bloated, just a testament on how well the CC51’s can control its bass, yet provide a wallop when called upon.

Age of Rockets, Data Dog, and Sufjan Stevens for this section. The CC51’s render the gentle intro track of Hannah wonderfully, giving it a suspended feeling. The rest of the album is amazing, the vocals are true, the bass is far from accentuated, treble is smooth and inviting, instrumentals are enveloping, just great. The Data Dog album is equally marvelous. The high keys never sound piercing, just great all around. The Sufjan Stevens album is just as great, subtleties are easily heard, and while not the most detailed and accurate, the CC51’s do a great job at making the album enjoyable.

Representing these genres (which are admittedly not my favorite) are Vinnie Paz and Atmosphere. Vinnie’s deep and growly voice is a tiny bit veiled, bass beats are powerful, but not loose, instruments are a bit lost in this album. The Atmosphere album is more of the same, but the music is less smeared and veiled, so it shows the CC51’s are pretty revealing of bad recordings, yet again.

A Fine Frenzy and Hayley Westenra are the test artists here. The CC51’s aren’t the best at picking up microdetail in the albums, but it’s still decent for the price. Timbre is very good, but the vocals a bit warmed up by the slightly emphasized lows, but it’s comforting and adds a fun factor to the sound. Hayley’s voice isn’t rendered as nicely as I’d like though. The lack of sparkle in treble is the CC51’s downfall here.

Lykathea Aflame and Converge here. Complex passages are rarely smeared, vocals/screams are coherent and discernable. Drums are a bit recessed, which is odd. Guitars are aggressive and detailed. Bass is clear and easy to follow.

Chesky: (I’ll skip the tracks that work against the CC51 like the ones that test for atmosphere and depth)

Spanish Harlem—The soundstage is a bit too compressed but still good. Vocals are good, but not enough air. Violins are decent, but not great. The shaker is as the narrator explained.

Grandma’s Hands—For less than optimal (in my opinion) mids, this track is very very good. There is a good chestiness to vocals, and the backup singers have good air between them.

Correnteza—This track is performed pretty well on the CC51’s. Vocals are natural if a bit warm; violins sound woody and resonant. The guitar is detailed and warm.

Ask Me Now—This track is pretty much as how it’s supposed to sound. The buttons are heard clearly and tonguing is apparent.

Sweet Georgia Brown—This track is downright brilliant on the CC51’s. There is impact abound, and the random spots of talking are easily distinguishable.

I Love Paris—This track focuses on PRaT, and there are copious amounts of PRaT, while being warm.

Flute Concerto In D—The flute is realistic, and every note is distinct

Te Deum—Imaging is decent, but not spectacular, the vocals are good, the air leak from the organ is apparent.

The Soldier’s Tale—Transients are pretty good, horns are realistic

The MEElectronics CC51 is a far cry from the M9 which had gained so much press here as a budget IEM. It improves in absolutely everything. The mids are much more impressive and detailed, the bass is less bloated and tighter, the treble is a heck of a lot more detailed, detail is a good bit better. All in all, MEE definitely has a winner on their hands. Now, this may not be for you if you take midrange clarity over everything else—that’s a different IEM’s territory—but if you’re looking for a smooth, enjoyable IEM for $80, the CC51 should be one of the top IEM’s under $100 you should consider. Heck, I’d buy another without a second thought. I gave them to borrow for a while when his only pair of headphones broke, and he said they’re “aural sex,” so don’t just take my word for it, take it from a complete newbie’s perspective—you don’t need to be an audio geek to fall in love with these.