I rarely like to compare DACs because most of the time I find the differences to be subtle. However, the iFi NEO iDSD has a very good, clean sounding DAC with neutrality for days.

What makes a DAC the ideal DAC? Cleanliness, no introduction of noise, interference, or anomalies with the ability to produce audio that is unaltered from the source and that is what the NEO iDSD tries to do during the conversion from digital to analog and it does it well.

So basically what you feed it is what you get out. No alteration, no filtering, and no tone manipulation. There is no bass boost or DSP correction of any kind.

There is one more very important aspect I need to say about the NEO iDSD is that I heard no clicks, pops, hiss, or any noise while operating any buttons or switching sources. The NEO is completely transparent in operation and has a completely black background.

The iFi NEO iDSD seems as if it has a somewhat bright sound character because the top end is more present than in other DACs iFi made and might not sound as warm as the rest of their line however it does not mean the bass is lacking either.

The full spectrum is present with good lateral extension. The frequency response seems very linear and extends further out bilaterally than for instance compared to a ZEN DAC.

But one cannot say that it’s a sharp-sounding DAC because the bass is equally present it is just that it seems there is better high-frequency extension than other DAC amps.

The high dynamic range of the iFi NEO iDSD gives it a wide dynamic range even more so than past iFi gear. The 120db rating shows. I am actually sensitive to SN ratios.

This piece of gear has a very fast response and the sound is crisp coming out of the line outputs. The changes lie in the amplification.

I would say that the iFi NEO iDSD is a very good all-in-one device. So the type of amplification inside the device must be discussed because the two headphone outputs are worlds apart.

The single-ended side only outputs 295mw and that is not enough to drive some demanding headphones considering the set price. It would be enough for most dynamic headphones but not for hungry Planar magnetic cans.

Whoever purchases the NEO iDSD should invest in a quality Pentaconn equipped cable and run this amp section balanced. The power out more than doubles and it reflects in listening tests mostly in the bass and volume. 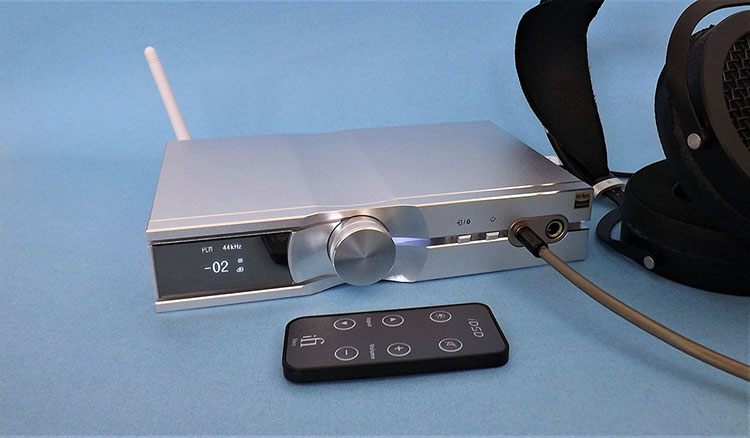 Once again we come to the necessity of a balanced cable to get that extra added boost. The iFi NEO iDSD just barely ran my Sundaras but sounded anemic with the Aryas which have a large Planar magnetic driver that requires lots of power. However, the balanced output was enough to drive the Aryas to a fairly acceptable level.

If you are using efficient headphones the need for a balanced wire diminishes some because the 295mw of power seems a conservative rating.

One small negative is that for some reason while using the USB input I could not control the volume on the PC which is a Windows 10 Pro x64 machine. Perhaps that will be addressed later on with a firmware update.

Another negative I could find is that Bluetooth only acts as an input. I wished I could transmit from the NEO iDSD to some Bluetooth headphones or a TWS.

The NEO iDSD played well with other amps I used including their new ZEN CAN and demonstrated an ability to drive the Aryas even better with that combo. The extra power made a difference but a touch of that NEO iDSD cleanliness was gone.

It also played well with my Schiit Asgard and made a cool setup because of the warmth of the AK4490 DAC and the cleanliness and linearity of the NEO all on one desk made up a good contrasting setup.

iFi mentions in their literature that the NEO iDSD would make a great gaming DAC and indeed it does for the simple fact that it has very good imaging and separation with great staging.

I play COD WZ with friends and when we play quads they usually assigned me as the spotter, not only for my ability to spot surrounding moving objects but because the iFi NEO iDSD gave me a great sense of direction when it came to sound. The sound positioning was excellent.

So of course staging was very good with music and always portrayed an accurate picture of the soundstage with all the necessary elements. Height, width, and depth were all there and audio was never narrow unless the recording was so.

The iFi NEO iDSD actually sounds pretty darn good when you pair it with an Android phone. It is a convenience that is good to have but I still wished it transmitted to wireless headphones and TWS earbuds.

I was only able to use it on aptX HD which was the highest I had at my disposal on my Motorola G7 Power. It worked just fine with all my apps including Jet Audio and I could even transmit Pandora and other music services to the NEO iDSD from my phone.

One observation is that phone service does not work so if you get a phone call in the middle of transmitting to the NEO iDSD you would have to answer the phone normally at the phone.

You could feed the NEO iDSD to your home stereo and use your phone apps directly and with good quality sound to boot. Volume and any DSP the phone or apps have will reflect and work. 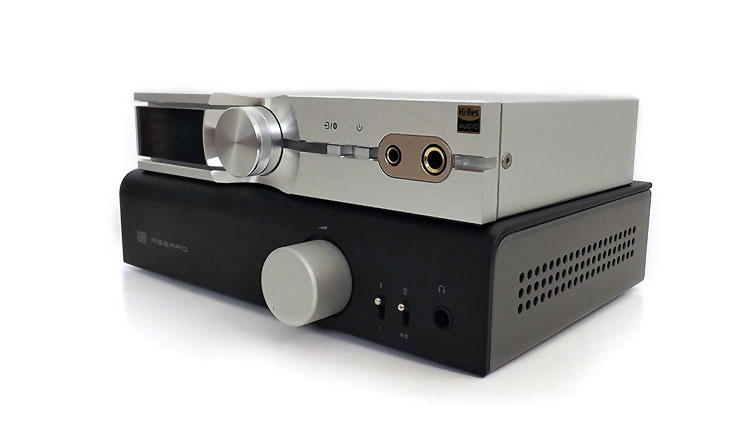 A more economical unit and heavier in weight. I have heard the Multibit DAC Schiit offers but somehow prefer the warm character and musicality of this DAC and the imaging is not bad either.

The Asgard is a simple device with one RCA line input, one RCA line output, and a single-ended 6.35mm TRS headphone output. It ends there.

On the front panel, you do get to chose between the USB DAC or the line input plus a 2 step gain switch. You do not get any fancy displays or even a power LED with the Asgard.

The feature set, of course, is more intensive with the NEO iDSD but I know many people who like things with no frills and hate features.

The Schiit Asgard has a powerful amplification section rated at 5 watts per channel which seems enough on paper to drive some full-sized efficient speakers, but find myself most times using a higher than average volume setting.

Somehow I can obtain a higher volume level at the same setting from the NEO iDSD but only from the balanced Pentaconn output.

If I was to use one single device to power my Aryas then I would probably choose the Asgard for the extra added power which gives the bass some heft and weight. But for the Sundara or mostly any other headphones, I would choose the NEO because it sounds cleaner.

The AK4490 is a very musical sounding DAC chip but it adds some color and warmth in where the NEO iDSD is linear and stays true to the source you feed it. 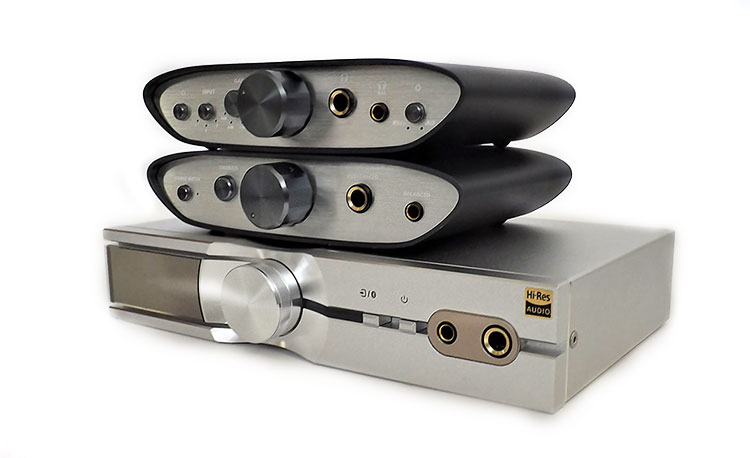 The Basic ZEN Stack consists of the ZEN DAC and the ZEN CAN and is a cheaper alternative with some room to grow. You could add more components also but we will leave it there for comparison reasons.

I like the looks of the ZEN Stack which looks retro in contrast to the modern style NEO iDSD but I like both. Both units are made of metal and both have some heavy-duty construction.

Featurewise, the stack wins hands down because you get the extra 3D, TrueBass, Xbass which is probably the best bass boost switch out there, Lots of inputs and gain settings but it lacks Bluetooth, SPDIF, and optical inputs.

There is more color in the ZEN stack and both amp sections tend to sound warm, even more so on the ZEN CAN. The NEO iDSD is more neutral and linear. The ZEN Stack can change tonality with the included features.

The ZEN Stack has a better ability to drive hard to drive headphones especially through the Pentaconn output of the CAN.

There is a difference in that the NEO iDSD is cleaner sounding, has no bugs like the channel imbalance you get on the bottom of the volume setting with both the CAN and the ZEN even though they all use a similar rotary analog volume control. You just do not get a step resistor controller with microcontroller assistance.

You do not get any switching noise with the NEO iDSD and the NEO is the quieter and higher quality in fidelity unit. 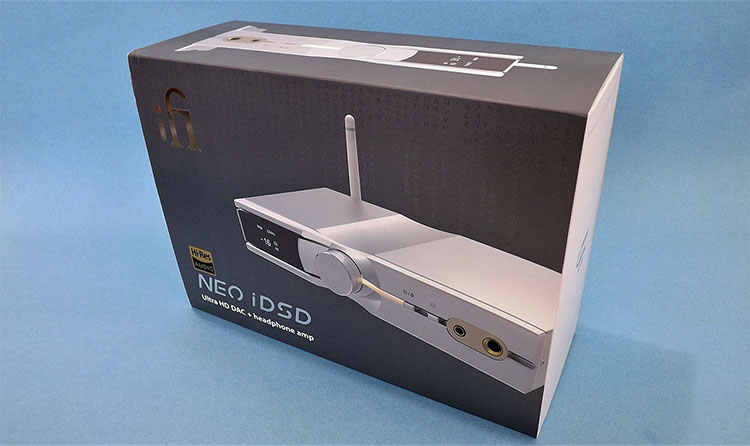 If the iFi Audio NEO iDSD would have a beefier headphone amplifier section, this could almost be an endgame piece because as a preamplifier DAC it is clean as a whistle. There are no clicks, pops, hiss, or turn on or off thumps. This is probably the first device of this type I tested that is completely silent in operation.

Somehow, I feel like iFi will soon release a powerful accompanying amp that will stack with the NEO and that would be epic. Imagine that. A NEO stack.

As a 3 in one DAC preamplifier, it works great, the quality shows and the iFi Audio NEO iDSD will make an excellent audio centerpiece to feed your desktop audio system and then some.