Hifiman HE6SE
Relaunching a headphone that first hit the scene around 10 years ago is fun but fraught with technical conundrums. On the one hand, it is an excellent planar headphone with a physical low-end, excellent depth, and with a powerful amp capable of some excellent impact and dynamic range. Its new design is more comfortable and lighter than the original HE6.
Slide here to add your score on the gear!73 Votes
8.6
8.6
Reader's Score
$1800
Hifiman
. 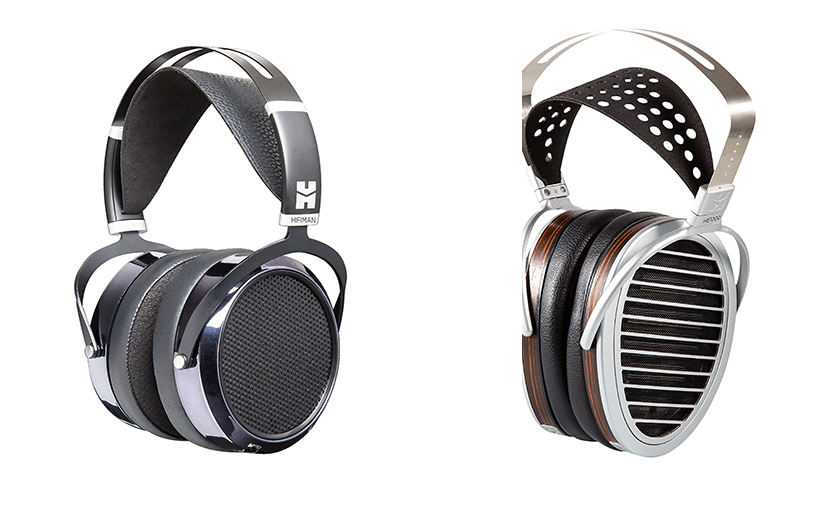 Both the HE5SE and the HE6SE came out around the same time but at vastly different price points. The HE5SE is a homage to the original woody HE5 that kick-started Hifiman’s planar lineup before the HE6 and the HE6SE is based on the legendary HE6.

My interest was piqued. Comparing both now and then and seeing what has changed should be fun. However, we are throwing in a curveball with the Chord Electronics TToby 100W stereo power amplifier. Because if there is one thing the old HE6 loves more than anything, and that is power. So, I wonder how things have changed with the $1799 HE6SE?

We should start by saying the driver inside the open-back circumaural HE6SE is the same planar magnetic driver from the last production run of the older HE6. Unsurprisingly, both are 83.5 SPL and 50Ω in their efficiency and impedance ratings though I have felt from my chat with Fang in March 2017 that the original 4-screw first run might have been slightly higher than 50Ω.

When I say properly, the HE6, (alongside the LCD-2 to some degree) pretty much stung the industry into designing and launching new headphone amps with a lot more power.

Creations such as the 5W balanced Schiit Mjolnir and Hifiman’s own Class-A EF6, (also 5W into 50Ω), soon followed, specifically in response to the tiresome clipping complaints HE6 owners had on weaker amps.

Recognizing this potential, Hifiman responded by launching the HE adapter. This tiny resistor-based design in a box allows you to connect speaker cables from a speaker amp into it rear and output a headphone-ready signal to the front via a 4-pin XLR balanced connection.

The bulk of the changes on the HE6SE focus on the external housing and form factor. Hifiman has transplanted their new headband and gimbal design from the likes of the Ananda and the Jade II onto the HE6SE. This is a mix of spring steel, aluminum alloy, and protein leather with a matte black and anodized silver finish.

The double magnet driver design is fairly weighty but thankfully the new form factor and materials have shaved some weight off the HE6SE compared to the older HE6. The HE6 weighs in at 502g compared to the HE^SE which is now 480g. That is substantially lower than the Rosson Audio Design RAD-0 which weighs in at over 600g, the LCD-4 at 600g, and the Final D8000 at 523g.

Unlike the higher-end SE models and the older HE6, you only get one 1.8m cable with the HE6SE as opposed to two. You do, however, get an adaptor that allows the single cable to become a dual-use balanced 4-pin XLR or convert to an unbalanced 6.3mm connection. All plugs are good quality Neutrik off-the-shelf builds.

The cable wire is now consistent with those that come with the HE1000SE and the previous V1 and V2. Gone are the older OCC (single crystal copper) builds and in comes the newer single crystalline copper and silver materials as well as the new flexible tubing jacket that I still think is quite quirky looking.

Thankfully the tubing is not to transparent now with a slightly smokier finish to the jacket.

The first is the slight weight reduction from the original’s 502g down to 480g. Every little bit helps eh? The second is the introduction of the newer leather strap adjustment system. Not only does it have a much wider contact point on the scalp but it is also much better at dissipating pressure than the older thinner headband of the HE6.

As before, they are detachable and you do get an additional set of pads that are 100% velour as opposed to the hybrid alternative. The velour is comfy but I still prefer the feel and secure fit of the wedged hybrid pads. The locking system for taking off and putting on the pads is far less fraught with danger than the older pads that’s for sure.

But for those that have been long-time Hifiman customers, you will notice that the box is more or less the same one that was used on the HE400i when it first came out.

That was a $499 headphone so a bit of recycling but it is still a very good case. I have been noticing that Hifiman headphones at that level now come in a more basic but still tidy-looking retail cardboard box with satin lining. The more expensive headphones are now getting the latch boxes.