HiBy did some changes here and honestly, I think it is quite an improvement over the older R6 presentation. If you are a complete treble-head look away now because the first thing they did was just roll-off the absolute top-end of the R6 Pro response a tiny bit to ease off on the R6’s brighter treble.

The resulting sound is a little bit smoother, not quite as pervasive as before, particularly in percussion presence but an altogether more natural and forgiving performance.

I still feel the R6 Pro overall as a relatively linear sounding DAP, especially single-ended but it does now seem to edge just a little bit closer to musical and less reference-like to the high-end DAPs such as the Lotoo PAW Gold Touch.

What that means is a much more planted and vibrant sound than the older R6, especially going balanced. Those looking for a little more body and pleasing even-harmonic presence will get that from the new R6 Pro’s timbre, with particular reference to the lower mids performance.

Lower-mids guitar timbre work sounds fuller, more authoritative, and delivers a much better sense of PRaT than before. Part of that enhanced PRAT comes from also having a well-extended fuller-sounding low-end.

This is not a punchy low-end like you would find on the iBasso DX150 or the Sony 1Z. However, it is very coherent and nicely layered to my ear. That more neutral instrumental positioning also means that additional thicker timbre is never too aggressive or congested sounding.

Given the slight HF roll-off on the R6 Pro, you get more depth and width than height. I wouldn’t say it is shelved down or dark by any stretch of the imagination but it does sound a little less airy and ‘closer’ than the R6.

Going balanced will also enhance the perceived depth and power on the R6 Pro over unbalanced. The better dynamic range is also more palatable when using strong low-end performers such as the Campfire Audio Solaris.

The R6 has a bit more sparkle and HF energy but has less low-end presence and power so it is not quite as deep nor does it seem to deliver the same level of dynamic range and punch, especially when comparing both balanced outputs. You can really sense the increase in power between these two DAPs when moving to balanced. 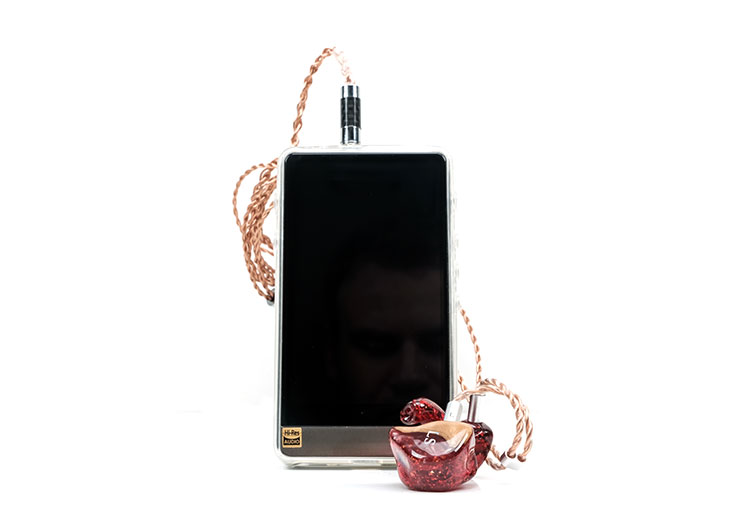 This is the Achilles heel of the R6 pro, its noise floor with sensitive gear and in certain circumstances, electrical interference. In some ways, I understand why additional noise occurs.

You have a lot more power on tap combined with far lower output impedance. It is a factor in quite a lot of sub-1k DAPs such as some of FiiO’s amp cards, their X5iii and X3iii, and Cayin’s older i5. Heck, even the N8 has some levels of noise and hiss from their flagship.

When Does It Happen?

However, those who enjoyed the black background of the R6 will not get the same with the R6 Pro. Low Impedance skew is gone so sensitive IEMs do not need any matching cable correction.

Yet those cables such as iFi’s IEMatch did a great job canceling out the noise and here I find myself using it again in both balanced and unbalanced outputs with the likes of the Solaris and Andromeda.

When Does It Not?

I do not want you to infer from this that you will hear noise on everything you plug into the R6, far from it. We tested another 5 pairs of IEMs and got a perfectly black background with all of them.

Monitors such as Ibasso’s IT04, Campfire Audio’s Atlas, Audeze’s LCDi4, Jomo Audio’s Trinity, and Noble’s Khan. All of these produced perfectly silent playback and zero hiss but are not as sensitive as the Solaris or Andromeda.

This one was quite difficult to work out so I can only give you are test scenarios and the degree of EMI during each test. What we do know is that EMI is a factor with the R6 Pro when in proximity to devices that emit signals, usually wireless. As to what conditions specifically and to what extent does vary. You may never experience it or you may always experience it. Here is what we found: 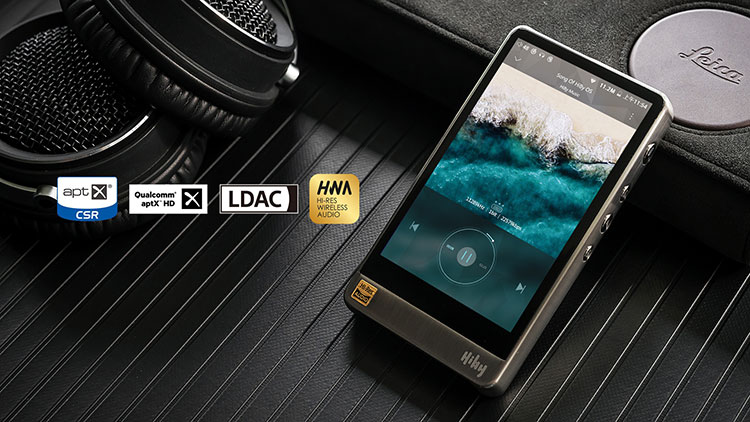 Putting aside the noise issues the R6 pro is probably one of the easiest DAPs for good synergy with most IEMs and quite a few headphones. There are two reasons for that. The MSEB DSP option inside the HiBy Music app and the enhanced output power of the DAP itself.

The enhanced output to 750mW into a 32Ω is almost double the previous R6 and that means a much better chance of matching well with more demanding headphones and a higher level of dynamic range from those pairings.

With MSEB any little quirks I have about the stock setting and the resulting sound I can tweak within the application. Here are a few examples:

The Noble Khan with a neutral cable can sound a touch thin and perhaps top-heavy and harder sounding than I would like. Now the temptation is to pump up that warm no 1 option. I would advise against it as it throws a bit of veil over the Khan mids.

Instead, target the bass extension, add a little bit of “thumpy”, move the vocal “forward” and enhance the soft option for “air’. You get a slightly softer top-end but you retain all the details and power of the mids and low-end which suits the Khan just nicely with the R6 Pro’s full-bodied balanced output. 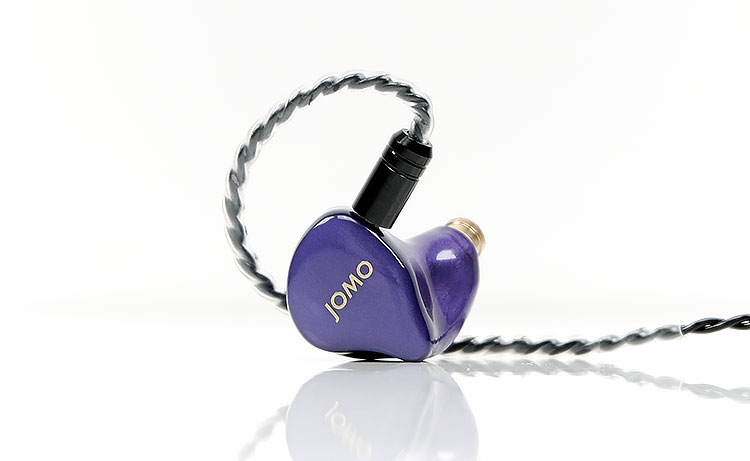 The Trinty has some excellent lower-mids body and mid-bass warmth with the R6 Pro. However, there is a delicate balance with its clean but slightly laid back treble compared to the more forward Khan.

For that, I tend to enhance the air to a little more on the crisp side but using the middling setting and only about 4-5 steps to the right. To compensate I drop down the sibilance factor towards soft by 8-10 steps and push the vocal further forward. With that, I get a bit more treble body and a smoother more vivid vocal which I personally quite like.

Notwithstanding the level of hiss which the Solaris picks up quite easily, I find the stock synergy between the R6 Pro to be excellent. You get plenty of low-end depth and punch, a relatively neutral midrange and a peppy treble.

Now for those that would prefer a little more midrange presence and a softer treble, I tend to find a little softness in the MSEB options combined with a more forward vocal and thicker note will subdue the treble and add some warmth to the mids.

However, I personally think that can sound a little veiled so I take the overall temperature option and push it about 5-10 steps towards cool which balanced out the timbre and sounds a lot cleaner as a result. 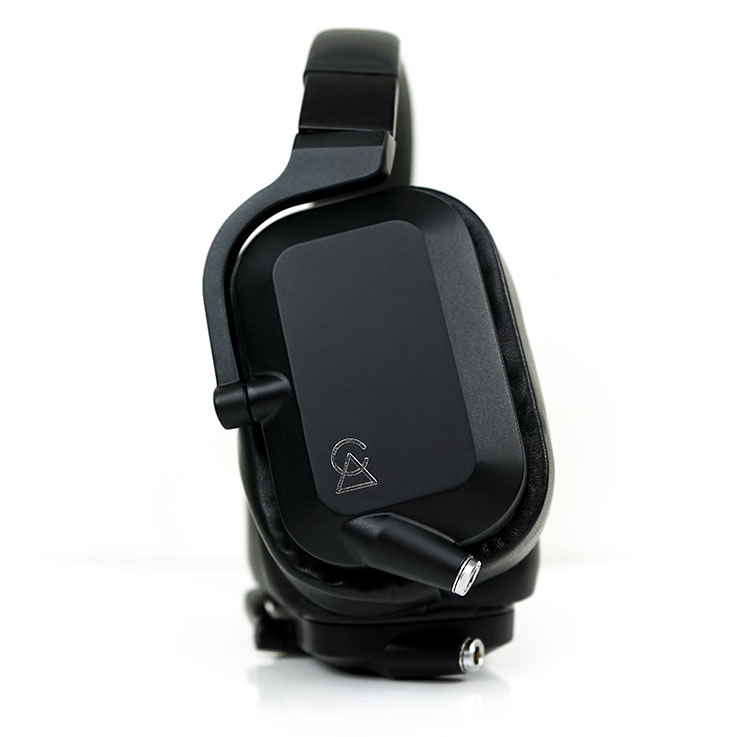 Quite a lot of planar headphones that I didn’t bother with the R6 due to a lack of power sound much better with the R6 Pro. This is especially so if you happen to be able to get a 4.4mm converter cable and go balanced rather than single-ended.

Headphones such as the Hifiman HE1000 V2 were not that far from a quality desktop amp such as the Auris HA-2SE in high gain mode. Any tonal discrepancies can be easily cleaned up with MSEB such as softening that treble to better match the more liquid attack of the HA-2SE. I thought it sounded a bit flat single-ended with balanced injecting a better level of dynamic range.

More efficient variants such as the Hifiman Edition X V2, Ananda, and the closed-back Campfire Audio Cascade are much easier to drive on the R6 Pro. The Cascade, in particular, sounded full-blooded but very coherent out of the R6 Pro’s Balanced output.