The below impressions with the FLC8N are on the default configuration with the medium ULF (gunmetal), medium LF (grey), and most mid-frequency and medium high-frequency tuning bore (gold)

FLC8N’s got a wide soundstage but it won’t necessarily extend out of the head. There’s also some acceptable level of depth. Height, meanwhile, stays within your head. But the thing that I find odd is its imaging. It seems to struggle in providing accurate spatial cues.

From the get-go, it struggles in portraying the center image of the stage. This is more evident in the vocals where at some tracks the voices seem out of phase. Another thing is the bass seems to be placed behind the vocals and other instruments. Good instrument separation and layering would perhaps be the saving grace for the FLC8N’s staging.

The default combo considerably has a warm to neutral tonality with a tinge of warmth from the mid-bass and a little bump on the mids particularly at the 1 to 2 kHz. Highs have a good extension and it remains well-controlled yet very detailed.

Its bass is slightly lifted but still considerably neutral. End to end extension is good with no apparent roll-off thus resulting in an organic timbre that has good rumble and punch. There is a slight uptick at the 200-250 Hz mark which in turn injects a welcoming warmth and body to the presentation.

Bass is textured quite decently while it has a natural decay resulting to good detail retrieval even on complex passages and fast-paced tracks. Overall, the lows have a natural lean timbre to it. Taking them for a spin on some ska and punk rock tracks, I could hear each of the bass guitar’s notes clearly while the kicks have a good body as well. Pop, EDM and Hip-Hop tracks are very enjoyable as well with bassy tracks being rendered with good impact.

Lower mids of the FLC8N is neither recessed nor forward. With a slight lift in the upper bass, the lower mids have some fullness to it without becoming overly thick or muddy. It then gets a little bump at the 1-2 kHz mark for a more engaging vocal presentation. Upper mids, meanwhile, remain fairly flat yet there’s just a tiny drop at the 4 kHz.

As a result, FLC8N maintains an organic timbre and male vocals and instruments on the lower octaves has some ample heft. The bump in the 1 to 2 kHz adds a bit of lushness to the presentation. With a slight dip in the 4 kHz, percussive attacks have less energy but it doesn’t sound slow in any way. Female vocals and instruments on the higher octaves have good clarity and energy without sounding harsh or fatiguing.

I found the vocals of B.B. King’s Chains and Things very enjoyable as FLC8N manages to present King’s coarse vocals and guitar riffs with good body and detail. But in Bob Marley and the Wailers’ track Exodus, I found the guitar strums as well as the rim shots, congas and bongos falling a bit short in attack.

Erykah Badu’s Ye Yo is my test track for sibilance in female vocals and with the FLC8N, the vocal rendition was stellar with only a bit of harshness especially with her “s”. In other IEMs with neutral or reference tuning Badu’s “s” on this track is really sibilant. But on the FLC8N, this harshness is already quite acceptable.

There’s a decent extension on the top-end with just a polite injection of added sparkle as a result of a very slight boost in 7 kHz mark. The slight boost isn’t sibilant and it doesn’t give a tizzy or metallic sound to the treble. The higher treble, on the other hand, doesn’t make the highs brittle while it contributes to an airy presentation.

Pink Floyd’s Time from the Dark Side of the Moon has been my go-to track in testing sibilance since right off the bat, you’d already determine the setup’s sibilance once the bells and chimes start to play in the intro. Out from the FLC8N, there’s no sibilance at all. FLC8N also has good control over the cymbals of Susie Q from Credence Clearwater Revival which rather has a lot of cymbals playing on the right side of the stage. 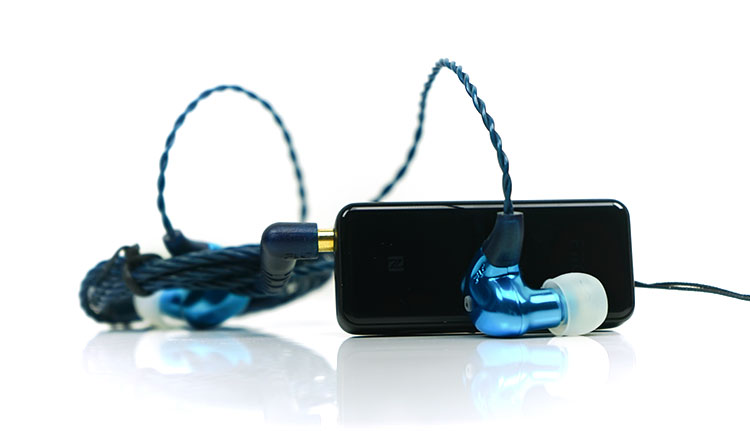 In FLC8N’s manual, there are 6 recommended filter combos and this would be a good starting point in picking out the filter combinations that would fit well with your listening preference since you’d be able to know how each of the filters affects the tuning.

With the Clear ULF and White LF, FLC8N there’s less rumble and punch in its low end compared to the default combo but I’d say that this is still fairly a neutral response. This allows the vocals to shine without drowning out the other instruments.

The low-end has better control taking away some of the warmth and a little bit of body in the mids. Along with the decreased bass impact, the presentation leans toward an upper-midrange bias making female vocals and high-pitched instruments more prominent.

Overall, it remains true to its pitch as it gives a balanced sound to the FLC8N. Yet compared to the default configuration, the balanced configuration provides a more dynamic midrange sans the 1 kHz bump. Mids might be pushed back just a bit compared to the gold tuning bore, but this opens up the midrange and gives you a better sense of separation.
The 6 kHz mark surprisingly gets a little bump for some added sparkle and a perceptible increase in air. With cymbal-heavy tracks, however, the spike seems to introduce a bit of harshness.

Off all the recommended configurations, this combo would considerably be the brightest given that spike at the 4 kHz which is sustained until 8 kHz. As a result, strings and percussions indeed get a better sense of attack to them making orchestral music a good amount of detail. The top-end, however, tends to be harsh when playing rock and metal tracks where cymbal hits are in abundance.

Bass on the piano and strings combo almost shares the same tonality with the vocal configuration yet the former has faster decay in its low-end. Mids, meanwhile take a slight pushed back due to a small dip in the 800 Hz to 1 kHz and this results in a more relaxed vocal presentation.

Using the Black LF, Pop and Rap tracks are indeed enjoyable with this configuration given that mid-bass boost and a little bump in the subs. With the mid-bass bias, the lower midrange is slightly thicker while the Gold MF/HF gives a more forward vocal presentation.

The small spike in the 7 kHz mark, meanwhile, adds clarity to the presentation so as not to make it sound overly warm and muddy. There’s also some added air and headroom for a less congested sound.

With the Clear ULF and White LF, the bass response has become virtually neutral with still a bit of smoothness brought by the dynamic driver. The bass impact may be neutral but it still maintains a bit of punch and warmth in the presentation.

Mid-range has also become neutral with the Gunmetal MF/HF with no apparent lift in the lower and upper mids. The neutral lows and mids then give more focus on the top-end especially with the little boost in the 6 kHz mark.

This filter combo gives a mild v-shaped signature with the sub-bass emphasis as well as a more prominent lower treble presence. Sub-bass goes deep and gives a nice rumble but the midbass remains neutral. With a more neutral mid-bass, lower mids have less body yet it doesn’t sound thin as the sub-bass extends well to give some power to the lower mids.

Mids are quite pushed back which in turn gives a less engaging vocal presentation. Highs, for its part, provide a good sparkle given a sustained lift from 4kHz to 8kHz. 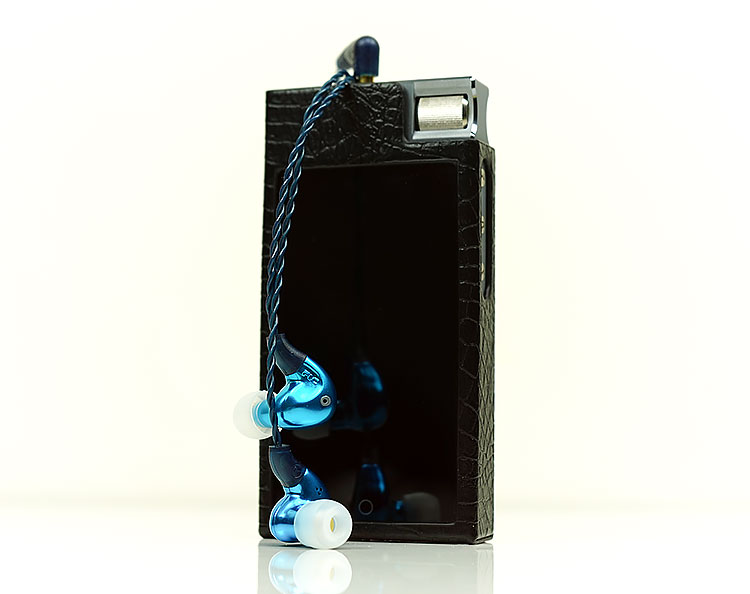 Rated at 11Ω and 107db sensitivity, the FLC8N is basically easy to drive and I could even enjoy it off from my smartphone. Off from the Samsung Galaxy S9+, the FLC8N with its default configuration gets a lift in its low-end impact. I found the pairing to be a little bloated though that’s why it’d be better paired with a more neutral DAP.

Hence, I found pairing with the Pioneer XDP-300R better as it allowed a more neutral response. There is still that dynamic driver punch and warmth but the coloration in the sound is less prominent.

I also paired it up with the Alo Audio CV5 amp and this pairing was also a fun sound. Off from the stock Phillips 6111WA tube, there’s more body and warmth to the FLC8N on the default configuration. The mids also opened up more yet the imaging still was still off.

With the Raytheon 6832 tube, the presentation is warmer while bass goes deeper and punches heavier. With the Ray Samuels Audio Emmeline SR-71A, the FLC8N was provided with a more technical and transparent sound. There’s more width and stage to the depth while micro details are easily perceived.

FLC8N remains dead silent off both the Samsung Galaxy S9+ and Pioneer XDP-300R. It was also silent with SR-71A but with the Alo Audio CV5, the hiss was rather unbearable as you could hear it in some not so busy parts of the song. To be fair with the FLC8N, however, the Alo Audio CV5 has one of the higher noise floors from the amps that I have tried. 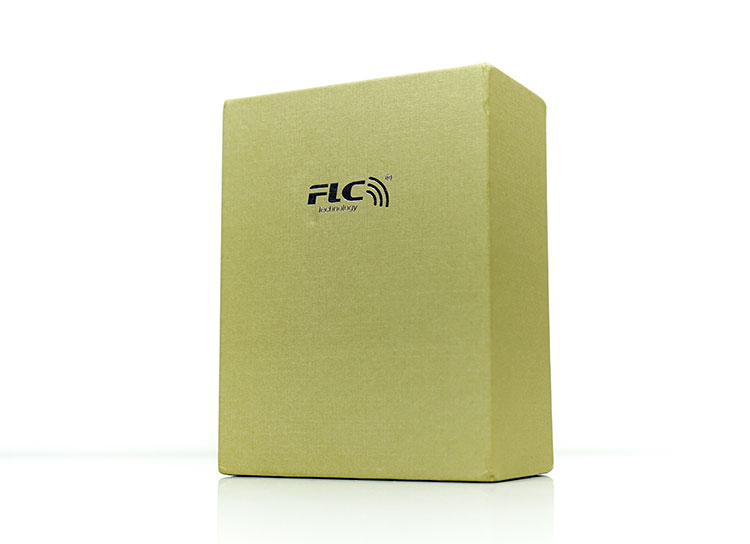 The tonality was very enjoyable with the FLC8N in its stock configuration. I could also take the FLC8N when I’m out and about due to its soft and pliable cable as well as its good comfort and seal. There’s some microphonics to the cable yet it’s not totally bothersome and you could simply eliminate it with the help of the chin slider.

The imaging was rather off and if you’re looking for accuracy, the FLC8N would not be a welcome addition to your list. Additionally, the filters were quite a hassle to work with and there was one point when I almost lost the Clear ULF in the process of this review. There are also filter combinations that are not worth the troubles of changing.

But overall, the customizability of the sound and the accessories that come with it is worth the money. While both enjoyable and nerve-wracking, I’d say that the former outweighs the latter once you find the best combinations that would fit well with your mood and music. The filter combos are practically a hit or miss but with 36 of them, there is still a chance that you’d find your cup of tea.