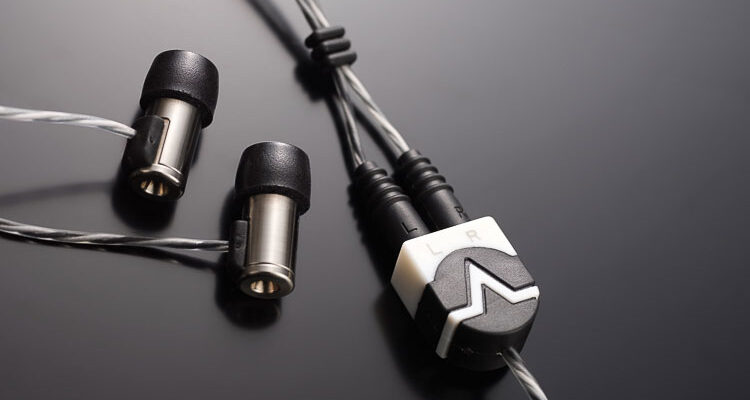 The original Flares Pro wore a minor V-shape on an otherwise neutral response from lows to highs. Its sequel expresses more dynamics between mids and highs and a slightly more open upper midrange. This time highs are a bit brighter. Lows, on the other hand, are punchier and show greater detail in the stereo realm. Flares Pro 2 feels more open because of it.

What’s truly surprising is how well they respond to sub-bass. Of course, the original did, too, but not with as much independent channel information. Honestly, the Flare Pro 2’s lows are spacious, even besting the originals.

Still, in the grand scheme of things, you’re going to have to value larger v-shaped sound signatures to really gel with Flares Pro 2. And, with so much more space in the lows and a greater dynamic contrast from bass to highs, you’ll also have to enjoy a bit of digital crunch.

Before we really begin, I must be careful. Flares Pro 2 is different from Flares Pro, but the differences aren’t as striking as going from a BGVP DM6 to BGVP DM7.

Even more extreme than their predecessor, Flares Pro 2 throws wide signals. Marcus Schulz’s Fly to Colours (a song with a horrible array of channel-dependent cues), almost induces epilepsy and I’m not epileptic. (This is an exaggeration.) Painting by psychoacoustic anatomical numbers, I get quite a bit of high mid and high-frequency detail punching out beyond my shoulders, where Flares Pro stopped just within them.

Meanwhile, bass anchors below the chin and in the upper chest, stretching at times almost to the outer clavicle. Naturally, midrange stereo detail pulls inward a bit next to highs and lows. Nevertheless, midrange detail, whether stereo or otherwise, never puddles in the center.

Every instrument is distinct if sometimes placed close to others near it. Here, it reminds me of the Grado GH-2’s mids. Clear as a bell, not really 3D-sounding. If you want 3D from a similarly small package, get an Audio Technica CK10.

Largely, this helps build the crunch behind the music. Combined with the super-wide soundstage, listening to Flares Pro 2 is kind of like an audio version of sitting in the front rows of an Imax cinema. Gosh, you can’t sit straight and see everything. You have to pan your eyes from side to side to capture it all. And, visually as well as audibly, the two join where that stage, usually planar, curves toward the viewer/listener at the extremes.

While not deep, Flares Pro 2’s Z-axis steps forward about a step but is dwarfed by the interaction and spread of the X and Y axes. 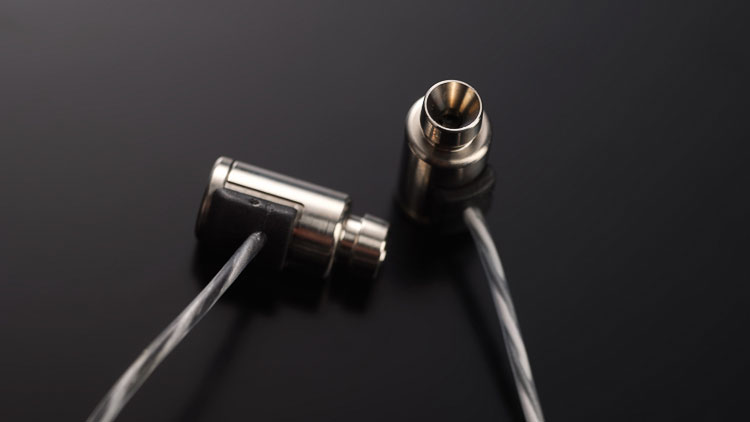 There is more than enough pressure for just about any genre out there. No, it doesn’t totally ramp up the opening seconds to Marcus Schulz’s MainStage like the Hidizs MS4, but those seconds do rumble as the frequency rises from out of true sub-bass territory.

Pressure remains high throughout the band but pushes only as far as the low mids. There is a good, warm lower shelf that buttresses the high bass and acts as a pillowy ceiling for the sub bass. It spills to the left and right as far as the inner clavicle.

Sub bass bounds into it with verve, and is summarily absorbed. Midbass is almost totally inert after initial hits, precluding all bloom. Upper bass, however, is edgy, and for lack of a better term, forms some of the ‘crunchy’ sound which I feel best describes certain parts of the Flares Pro 2.

Overall, this is the highest pressure upper higher bass I’ve encountered whilst reviewing here at Headfonics. I have only been here a couple of months so that’s not saying a lot. But, it is a higher pressure than the original Flares Pro, which, for a largely neutral sounding earphone, was higher than average. It’s also more pressurized, making bass-heavy passages feel like they just want to pop but- without the usual bloom or boom or sizzle.

Highs are probably the least changed among all Flares Pro 2 frequency bands. They are relatively spacious, occupy a space about a step below what might be called ‘hot’, and are sibilance free. They are also pretty roomy and respond fast.

Because they are pitched somewhat forward and balance against a strong bass, the combination is great for trance, where the sense of space is as important as the driving beat. Here, Flares Pro 2 meets the BGVP DM7 and Yinyoo D2B4. Its presentation is crunchier than the former and a little softer than the latter.

Actually, it’s probably fair to say that the Flares Pro 2 sounds a lot like a 2nd-generation dual driver hybrid. Think Ultrasone IQ, but absolutely sibilance and bass bloom free. Sure, mids are a bit more backed up than in the IQ, which, despite midrange depression between lows and highs, shows amazing vocal and instrument detail and texture. Since the IQ is my favorite high-end earphone of all time, that’s saying something.

Mids emote less than monsters like the MS4 and BGVP DMS, and pitch forward, favoring mid-high elements rather than vocals or other lower mid-band edges. Despite this forward pitch, the Flares Pro 2 doesn’t force concert grit into music the way the Hidizs MS1 does. It smoothly transitions out of lows and into highs, and never peaks too much.

It’s a very keen take on the classic V shape. In fact, it is one of the cleanest I’ve heard of this sort that also emulates the 2nd-generation hybrid sound with powerful, driving bass. 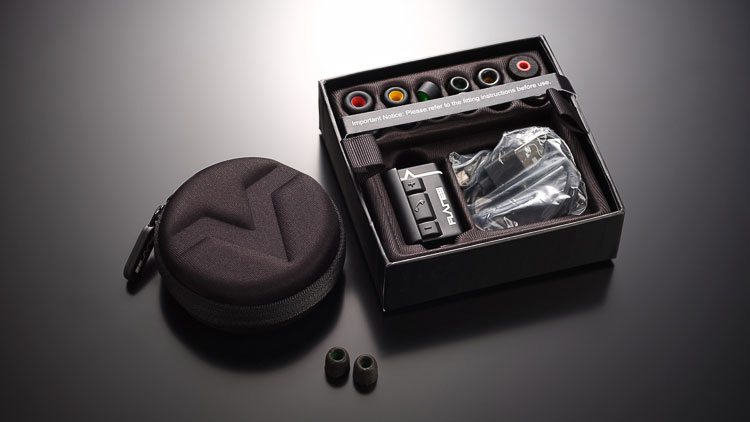 The final thing Flare Audio really got right is how they wired the Flares Pro 2 to be insensitive to hiss. Part of that is necessity: the included Bluetooth DAC is pretty hissy. Remember my re-wired Grados? Well, the GR8e is sensitive as all heck, and only about a half step behind the Shure SE846 for revealing hiss.

Connected to the Flares Bluetooth DAC, they output a high amount of hiss. The good news is that hiss is even in pressure, free of fluctuation, and only a little higher in volume than certain iPod models.

Through the Flares Pro, 2, and Gold, there is no discernible hiss. And that DAC gets hella loud. Also, I get the distinct feeling that when using the DAC, that wide stereo image the Flares Pro 2 is famous for actually gets deeper along the Z-axis.

I’m torn: does the Flares Pro 2 sound better connected to a great source with wires, or does it sound better through the Bluetooth DAC? I’m sure there are plusses and minuses for both, but one thing is for sure: the wireless DAC sounds great. And, if you have a favorite source with strong Bluetooth radio, you’ll get a good sound from it as you’ll get from any source with similarly reliable Bluetooth radios. The DAC is the ultimate leveler. Yes, it’s only BT4,1, but gosh does it sound good, and to these ears, is totally lossless.

Anyway, because the Flares Pro 2 is so insensitive to hiss, it can be used pretty happily connected with a lot of sources that other earphones cannot be. In fact, I can connect it to the Aiwa AM-F75 Minidisc recorder, whose hiss is almost legendary. What hits my ears is a minimum of fuzz and fuss, and while annoying, only fractionally so in comparison to the same Minidisc recorder driving a pair of Grado GR8es.

Part of this insensitivity to hiss means that you’ll need to set your source to a higher output volume than typically you do. I set my iPhone one volume step above what I do when listening to an Audio Technica CK10, or about two steps above the volume setting I feel comfortable when listening to the Hidizs MS1 and MS4. Even the BGVP DM6 is more sensitive to hiss.

Considering that even hi-end modern players such as the AK SPM1000M hiss, I applaud any decision that leads to less sensitive circuits.

The MS4 isn’t exactly a polar opposite to the Flares Pro 2 but it is close. The two have similar bass sound pressure, though the MS4’s is warmer and a bit less stereo detailed. The MS4 midrange is also more emotive. And, the highs, crunchy and forward in the Flares Pro 2, are veiled and rich in the MS4. 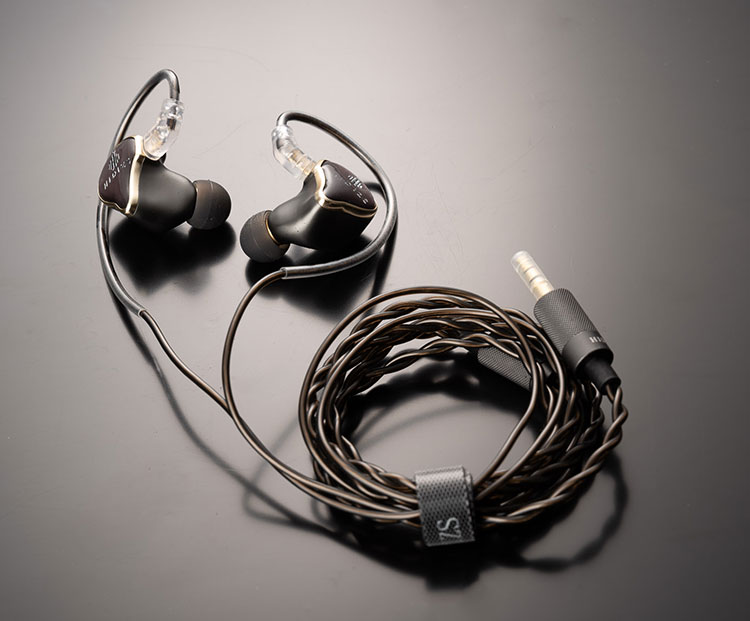 I consider the Flares Pro 2 a do-everything earphone, where the MS4 is a comfy-chair earphone whose purpose is warmth and richness rather than immediacy. Of course, there is no comparison as regards fit and comfort. The Flares Pro 2 is the hands-down winner.

We’re getting close. The DM7 and Flares Pro 2 follow a similar curve: forward, with powerful bass and catchy highs. The Flares Pro 2 merely adds to each of the DM7’s character traits a +1. Its bass is more powerful, and, it reaches lower. When graded on a curve, its highs are about a step further forward. The mids are where the two greatly bifurcate, the DM7 showing a half a step more detail and space. 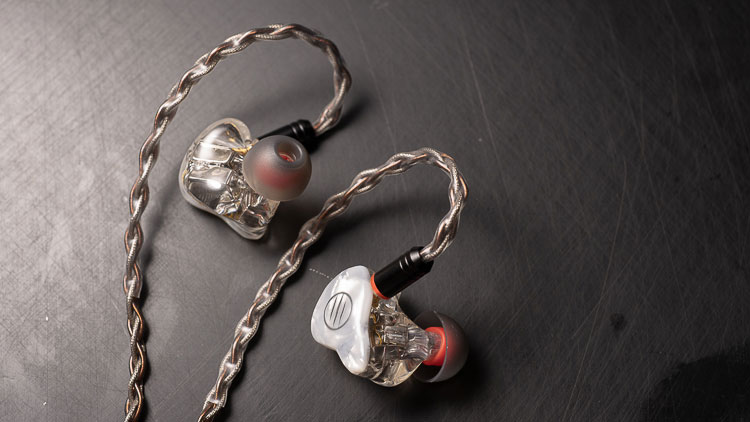 Which do I prefer? Sound-wise, I’m torn between the two. I love the DM7’s flatter field, but I love the Flare Pro 2’s dynamic balance between big lows and highs combined with a compact midrange. It’s one of the best takes I’ve heard on the classic v-shape. If you told me today I had to listen to electronic, I’d take the Flares Pro 2. If you told me I had to listen to vocals, I’d take the DM7. Again, I’d be torn.

But if you said I had only one earphone to take for a year, it would be the Flares Pro 2, hands down. Less hiss, better volume control, easier to use, wireless, more comfy, and way, way nicer in the ear. No comparison there.

Okay, this bad boy is really close in signature to the Flares Pro 2. It’s also got the 2nd-gen hybrid sound but lacks a bit of the high-frequency grain famous in that group. It’s also a custom-cum-universal, a genre of design I really dislike and consider lazy. Its cable is less microphonic and it finishes in an L-shaped plug. Its tips aren’t as comfy, and its body is bulbous. 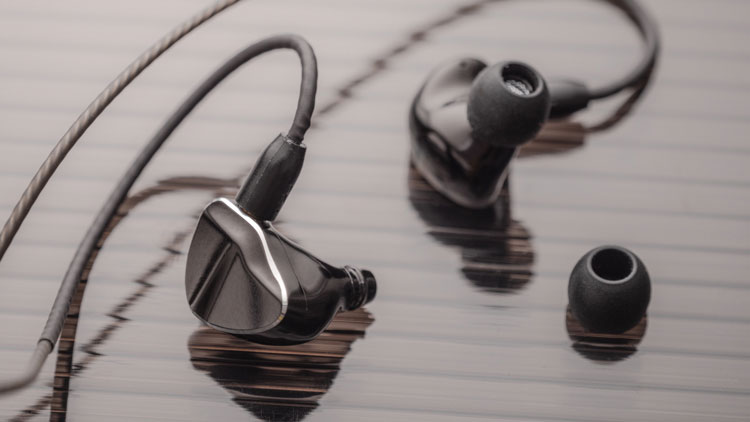 They are basically brothers in arms as far as sound is concerned with the proviso that the D2B4 is far more sensitive to hiss. Yes, the D2B4 is more mid-range spacious with deeper z-axis depth. But the Flares Pro 2 is so much easier and comfortable to use. Again, with a gun to my head, choose one earphone for a year scenario, I’d pick the Flares 2 Pro every time.

In some ways, I prefer the original Flares Pro. Flares Pro 2’s bass, while beautiful, detailed, and well-formed, is sometimes just a bit much for some of the hardware I use. But only just. There is half a decade of Sony Minidisc recorders, which, when paired with the Flares Pro 2, are far too bassy.

Yes, it’s their fault. They have baked-in bass boosts. And the Flares Pro 2’s bass, while not monstrous, sure picks up when plugged into them. The general warmth from the lows into the mids is really nice. I think the DM7 overall is probably the more detailed and maybe it is a higher quality across the board, but only barely. And it’s far from being as comfortable and it doesn’t go wireless out of the box.

Gold is still my favorite of the series, but Flares Pro 2 is a great addition. I don’t prefer it to the original across all metrics, but its more open highs and, within reason, its more detailed lows really make it stick out from the original. I wish it had a Bluetooth 5 updated DAC, but that DAC and its balanced circuit is something unique to the market and as far as I understand, still unmatched.

Flares Pro 2 is great. And, because of comfort, accessory quality, branding, and where applicable, sound preferences, I’ll pick it hands down over any other earphone I’ve reviewed here in a gun-to-head-choose situation.