This is one of the big steps forward for the X3 series. The X3 Mark III now comes with a dual DAC implementation using TI’s PCM5242 chipsets. FiiO has also separated the PCB board design to contain the DAC, BT operation, and amp stages separately from each other to reduce interference.

On the previous X3 2nd gen they used a single Cirrus Logic CS4398 DAC chip. Now the CS4398 is the same chip used by the likes of Colorfly on the C10 and it sounded very good indeed on both it and the older X2 2nd gen. Like the C10, the 2nd gen decoding was pretty good with rates up to 24-bit/192kHz and DSD128 native decoding.

The dual PCM5242 on the X3iii should offer a little bit better dynamic range capability than the previous single implementation. However, the numbers are not a significant step up on the CS4398 with similar decoding capability limited to 192kHz/24bit as it was in the X2ii. The DSD max decoding rate has also dropped from a previous DSD128 to DSD64.

Now commercially I find the majority of hi-res to be either PCM 24BIT/192k or DSD64 and rarely do I come across DSD128 or DSD256 but I do have some. That is why I find it curious that FiiO capped it at DSD64. Possibly to get the dual chip implementation in under budget is my best guess.

This is the Achilles heel of the X3iii though I have to say not as much as it was on the X1 2nd Gen. The processor is the Ingenics JZ4760B processor chip with a SOC OS based on Linux. All the boards in the Jz47xx series consist of an XBurst processor, which is a MIPS processor clocked at 240->400Mhz. This is the same chip used in the X1 2nd Gen and the previous generation of the X3.

It is not the fastest processor out there though I think FiiO have done a good job of optimizing the coding of the OS as it is a bit faster than the X1 2nd Gen, particularly on scanning. That being said it is the bottleneck in the performance of this system as it is an old chip by today standards.

FiiO has inserted an OPA1622 based amp stage into the X3iii. This is another product from TI and is actually quite new being launched only last year. Impedance matching is not super low, around 1-1.5Ω for both its balanced and unbalanced outputs. That should be low enough for most efficient IEMs to sound “correct” and true to their tuning.

Output power is reasonable though not outstanding and is more suited to powering IEMs and efficient headphones than anything more demanding. In unbalanced, you will get ≥ 160 mW (32 Ω/THD+N＜1%) and balanced at a similar weighting will get you ≥ 190 mW.

It is a modest boost but a boost nonetheless by going balanced. Certainly, it has more power than the 80mW unbalanced output of the Colorfly C10 and slightly better SNR numbers to boot. However, compared to the older X3ii, the power output of the X3iii has dropped a little from the >200 mW rating on the previous release.

The numbers do also suggest a significant step in dynamic range over the older X3ii’s numbers with an increase by up to 6db (107db versus 101db) on the line-out performance. Perhaps a validation for the dual DAC implementation. My assumption here is the power has been dropped a little to bring in a wider range of efficient IEMs that simply do not need a high level of power and prefer to focus instead on detail and dynamics. 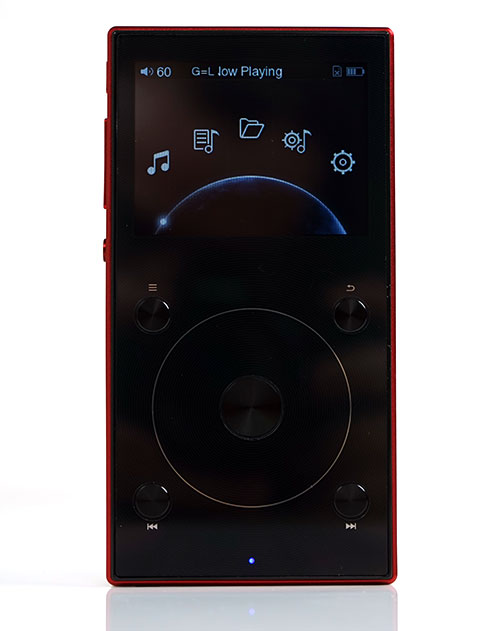 The X3iii uses a SOC Linux variant built from the ground-up by their in-house software programming team. It looks very similar to the previous HiBy UCOS of the Gen 2 but this time FiiO own and update it 100%.

FiiO first tested this OS on the X1 Gen 2 last year and for me, it was hit and miss. I understand it was designed to mimic the features of the old UCOS setup, however, it was very slow and ponderous. The X3iii is a good deal faster though by modern standards and FiiO have expanded the OS to deliver a much more feature-rich experience than before.

That being said coming from the X2 2nd gen is not such a huge step into the unknown with the X3iii Linux platform. The UI is almost the same with that familiar interplay between the scroll, button, and screen. There are however some nice new features in this version of the OS for this generation.

So what is totally new? Well for one the new BT option in the system settings is probably the biggest new menu option on the X1 2G. You can turn it on or off via the system menu and after a few seconds, you will see the Bluetooth icon appear in the notifications top bar.

The option to connect and review your existing connections are right below the BT on off menu option. This gives you an almost system like control over playback, especially when combined with FiiO’s own RM1 remote and the DK1 multifunction dock.

Like its smaller sibling, the X3iii will facilitate cables with in-line controls. Might not seem a big deal but when you realize not all DAPs out there do that, such as the HiBy Music R6 then it does seem relevant to mention it. Given its portability and attraction to IEM users a non-Android in-line control feature is pretty valuable.

This is a massive feature for usability purposes in the OS of the X3iii. Inside the systems menu, you will find the three settings under the title Rotary sensitivity. You have high, medium and low. since the OS is quite list based changing it to high sensitivity reduces the margin of error in scrolling as well as generally make everything much snappier and easier to navigate.

The previous implementation on the X1 2nd Gen had no such settings and if I had to guess was set to medium or low sensitivity. As a result, the experience was very slow. Given both have the same processor you have to feel a lot of the criticism of the speed of the X1ii lay in the response rate of the touch scroll wheel. 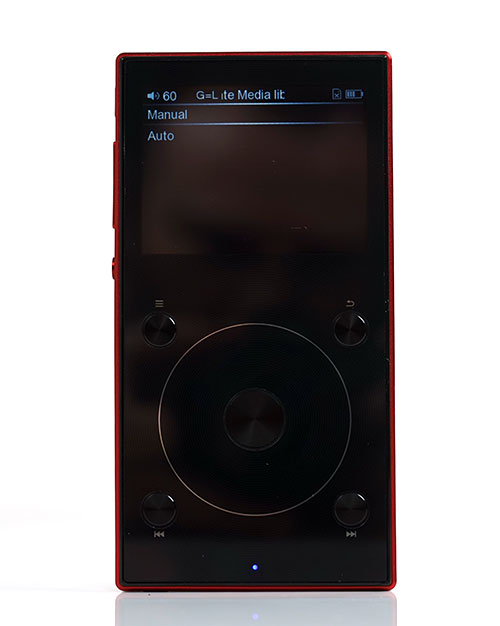 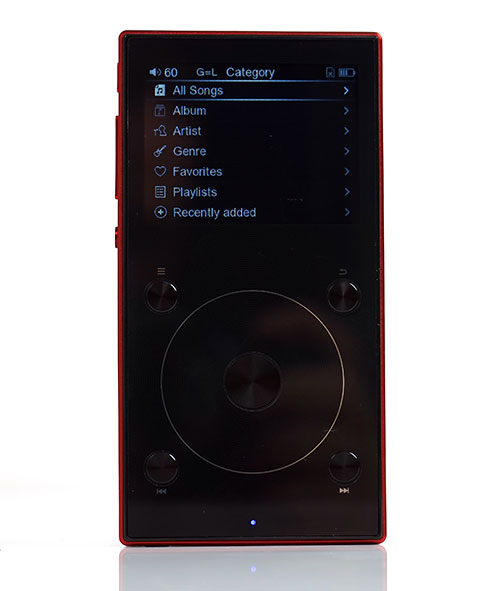 You can browse and manage your media in the same manner as before via category and folder browser. For those with good file and folder management and just want to get going then the folder browser is fast and efficient for quick drill downs.

Personally, I prefer this method to using the Category method simply because FiiO has yet to produce proper drill down category browser in categories such as genre which gives me a flat list of about 500 songs per genre rendering browsing rather unuseful. I still believe it should be Genre – artists – album – songs but this is a dance I have been doing since the very beginning.

Scanning on the new X3iii was much faster than the X1ii. Given they have the same processor I can only presume better optimization of the code from FiiO. It is still sluggish by mid-fi DAP standards taking 5 minutes and 42 seconds to update the media library with 2544 16BIT 44.1k FLAC files compared to 1 minute and 20 seconds on the X5iii.

Still, that’s over 50% faster than the X1ii so that is progress.  The tagging library though is pretty accurate on the X3iii. Most if not all tracks were correctly classified. Much better tag engine than the Mango OS for sure. You can browse via the usual titles, artist, song, genre, favorites, playlists and recently played. 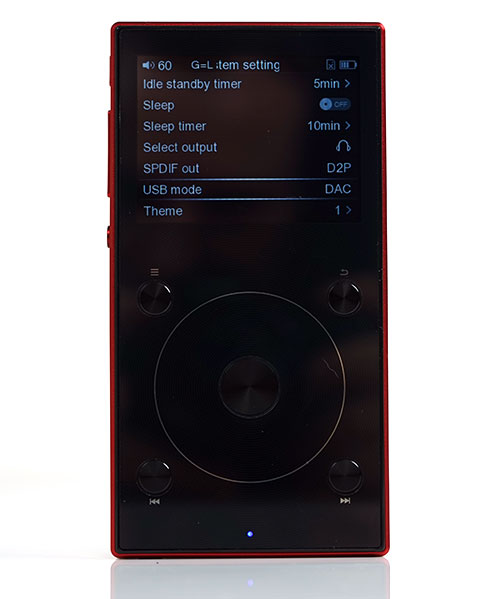 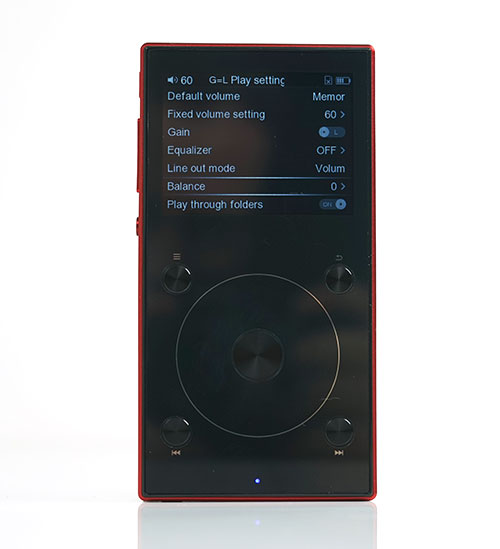 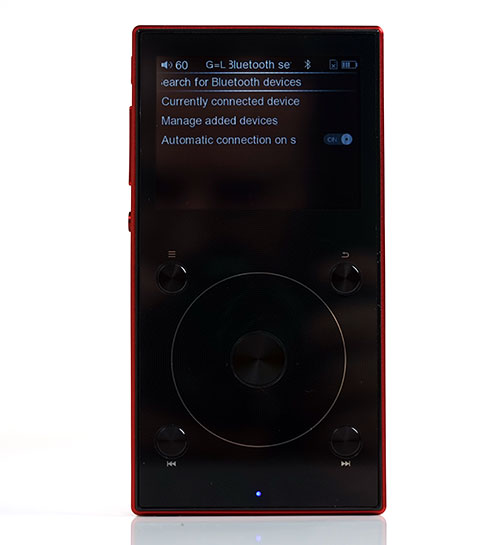 As before you have two levels of settings on the X3iii, Play and System Settings. Play will control functions such as gain levels, volume, gapless, channel balance, and line-out mode.

The play settings menu is also where you can tweak the multi-function button to focus on a particular aspect of the OS. You have four settings to switch to, playback controls, theme selection, ability to jump from folder to folder and bring up the EQ for tweaking.

System settings on the X3iii are all about the environmental controls as well the ability to update your media library manually or automatically. You can also access the BT functionality from this menu including pairing with devices.

This menu also allows you to control the output functionality of the jacks including line-out fixed or variable, USB mode (DAC or storage) and the type of SPDIF output decoding, DoP or D2P. You also have control over the level of detail you want to be displayed during playback including cover art, lyrics, and the file name.

The theme selection has also been upgraded on the X3iii with no less than 6 choices from the systems setting menu. You can also opt to increase or decrease the size of the font which for a screen this size might prove invaluable to some uses.

The X3 Mark III can now operate wirelessly with both headphones and transmitting audio to other setups such as car audio as well as integrate with FiiO’s own BT remote control, the RM1. The previous X3 Mark II had no such wireless connectivity.

I also love the concept of the in-vehicle mode where the BT signal powers down the X3iii when the car itself is turned off and when you turn on the engine (and the audio system) the X3iii powers up again. A very nice feature indeed.

AptX is missing as it was on the X1 2nd Gen. Instead we have the “standard” BT 4.1 protocol inside the X3iii. What does this mean?

The lack of aptX is due to the inability for Linux to integrate the aptX platform into its MIPS architecture. Audio is, therefore, good but not as dynamic and uncompressed sounding as aptX and you will notice the difference if you are coming from an aptX capable platform such as the X5iii and X7ii.

Pairing and range of this BT module and implementation are much better than the X1 2nd gen though with far less dropout, greater distances by up to 3-4m and a faster bootup and pairing time. 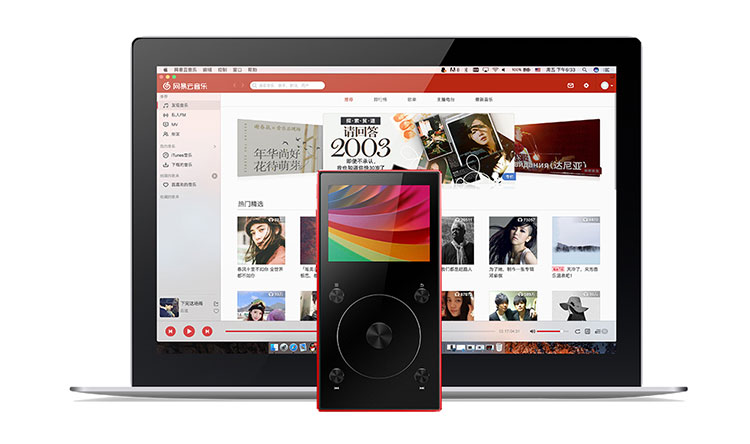 To activate the USB-DAC feature you have to dip into the settings menu and change the USB option from storage to DAC. Then download the USB drivers for Windows or plug and play in MAC.

Try as I might I could not get any connectivity from my Chrome Book (Asus Flip). I do know the new Q5 will work from the same Chrome Book so perhaps FiiO is using a set of drivers specific to just the most popular platforms for their mid to low-end Linux DAPs.

Apart from that, the performance was excellent using our Windows platform in the office. No issues with lag in audio dialogs and movies which used to be a thing a few years ago on previous models.

The line-out performance of the X3iii when used as a USB-DAC is even better than the second gen with a proper 1.9Vrms rating as opposed to the much weaker 1.45Vrms in the 2nd gen. If you happen to have a more powerful analog amp then the X3iii is a useful and well equipped pure DAC.