Of course, the difficulty in describing the performance of the Birdy is because that it is entirely contextual. Both in terms of what IEMs you stick on it and also in relation to competing products performance. That being said there is enough of a commonality from monitor to monitor to be able to discern that the amp inside the Birdy is the true star of the show (for better or worse).

The Birdy is a full-sounding BT dongle amp with excellent dynamic range and a fairly natural sounding instrumental timbre. Compared to the BTR3 the presentation is more vivid, life-like and engaging. The BTR3 comes off as a flatter, perhaps more neutral sounding but also a little tinnier. It also sounds more compressed than the Birdy.

I presume both are using the Qualcomm chipset DAC to decode so the difference maker would be the amplification stage. Both of them plugged into a Hum Pristine do present some major differences in terms of tonality even with both devices set to aptX-HD.  The Hum Pristine is a 2-driver IEM but one of the best ones out there in my opinion. It has a slight bias to euphony and vocal delivery but its staging is excellent. It can scale when required also and sounds fantastic with good copper cables. The Birdy plays to those strengths quite well.

One of the key aspects of the Birdy’s presentation that you should notice right away is the imaging and instrumental layering. Spatial cues such as triangles hits to the left and string plucking to the left and center were far more distinguishable and engaging on the Birdy than cheaper competing BT dongles which tended to focus more on vocal dominance. You can accentuate this even further with the spatialization and 3D DSP button triggers though I felt these were a little more nuanced than truly transformational.

A good track to test the variation in performances is Fatoumata Diawara’s Makoun Oumou from her Fatou Album. This is a fairly sparse acoustical number with some light acoustical and percussion instrumentation. The center focus is Fatou’s vocal arrangement which is both solo and layered via production and mixing techniques. A lot of the layering is both behind and to the side of the main vocal stage position.

The Birdy’s presentation errs to the euphonic side with this track. It has a slightly wet and smooth but well-defined delivery but at all times it does a fantastic job of creating enough space for both vocals and instrumental positioning to create a very 3-dimensional and believable soundstage.

With the BTR3 I got a slightly drier sound but also far more focus on vocals. The soundstage also tended to sound a little flatter and nuanced imaging simply did not shine through or capture my attention quite as much as the Birdy.

With the Plussound EXO BT dongle/Hum Pristine and the same track, I did get better texture and a smoother sound than the BTR3 but also a more intimate staging quality with, again, a slight vocal dominance. 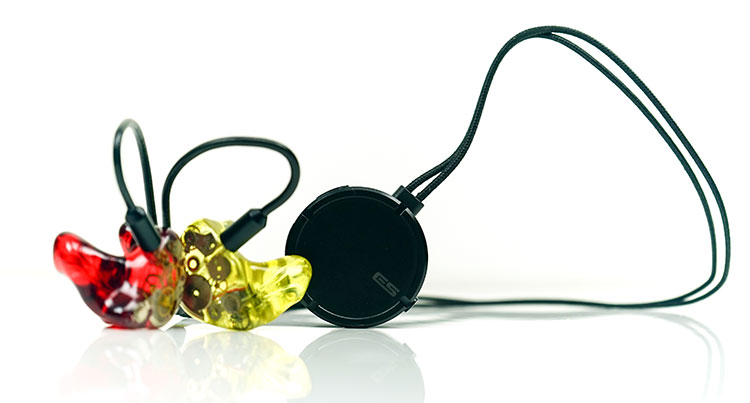 With sensitive IEMs you will get a level of background hiss. This has been greatly reduced with a firmware update from the original version but it still has a level of presence that is noticeable. When you press pause you will get a fair degree of pleasurable silence but once you press play it kicks in again and you will notice it using IEMs under 30Ω and tracks with quiet passages.

Once you move up to around 30Ω and beyond the hiss reduces and drops out to a point where it is barely noticeable. IEMs such as Noble’s Katana and the Savanna where much quieter with blacker backgrounds. I can highly recommend those two pairings right away with the Savanna being the slightly quieter of the two and the Katan being the more engaging tonally.

Of course, Earsonics own ES-3 at 30Ω sounded like it was referenced for pairing with the Birdy such was its excellent performance. Its open and spacious soundstage and excellent timbre gels perfectly with the Birdy’s imaging and layering strengths.

The Birdy connectivity is relatively simple to use in terms of pairing. You simply long press until the white LED starts flashing and then connect it up to your source of choice.

Since it also uses Bluetooth 4.2 you can also connect it to more than one device and interchange between them both quite fluently. In fact, this is one of the smoothest devices for switching back and forward that I have used o date with a very short lag between that switching.

However, the strength of the connection is a little sketchier. Part of this depends on the source you are using and the other part is the Birdy itself. Two devices selected, a smartphone and a DAP had very different results. The smartphone, an LG G6, was excellent with next to no dropout and the distance was about 6-8 meters with one wall divider and further without any wall.

The DAP pairing was a different issue. Here we used a FiiO M7 paired to the Birdy. The distance we got before drop out was half of the smartphone. Initially, our conclusion was that perhaps the M7 is not as powerful as the LG G6. We then paired a FiiO BT3R and got the full 6-8 meter distance back that I got with the smartphone and Birdy wiring.

The Birdy seems to lack any audible signals when you attempt to pair, power on or power off. This can make things tricky in terms of knowing what is happening without having to study the little LED light on the device itself. If it is in your pocket that can be an issue. I would prefer to see some sort of voice instruction stating “on” or “off” so you do not accidentally leave it on standby mode between sessions.

I have been referring to the BT3R quite a lot simply because it is one of the first mass-produced devices to feature LDAC and aptX HD and at a very affordable price. Even the Birdy on paper looks vastly overpriced with only aptX HD capabilities. However, there is more to it than that even though I think the gap is not quite as big as the price point suggest they should be.

The basics first. The BTR3 key differences lie in the lack of existing cable to connect IEMs to and instead using a 3.5mm jack port. Thus, it opens up the possibility of plugging in any IEM or even headphone whereas the Birdy is strictly 2-pin IEMs.

The second is the decoding capability. The Birdy tops out at aptX HD, which in itself is excellent. However, the BTR3 goes further and offers LDAC which is the pinnacle of hi-res streaming via BT. It can also double up as a USB-DAC (wired) as well as allow you to use one-touch NFC if you have that option for pairing.

The final key difference is the amplification. The Birdy is a healthy 130mW per channel whereas the BTR3 is much weaker at 25mW at a similar load. With highly efficient IEMs the 25mW should be enough, but once you start moving up to 32Ω and beyond, the Birdy will sound the more natural and resolving of the two.

I had remarked at the start of 2018 that the EXO BT cable may be unique in its application. With the advent of the likes of the Westone Wx cable and now the Birdy, this is no longer the case just 7 months later.

The Exo BT cable has some distinct similarities with both preferring to use built-in cable systems to connect to detachable IEMs rather than offer a FiiO-style 3.5mm jack. Both use micro-USB charging ports and are fairly diminutive though the Birdy I think has the much classier finish and is the smaller of the two.

The Plussound BT cable has a very good aftermarket copper wire attached to it. I suspect a superior wire to the Birdy’s OFC wrap. However, it is much too short and tends to hug your neck or face depending on how you put it on. The Birdy’s longer wire and dongle system is the more comfortable and easier to use of the two. 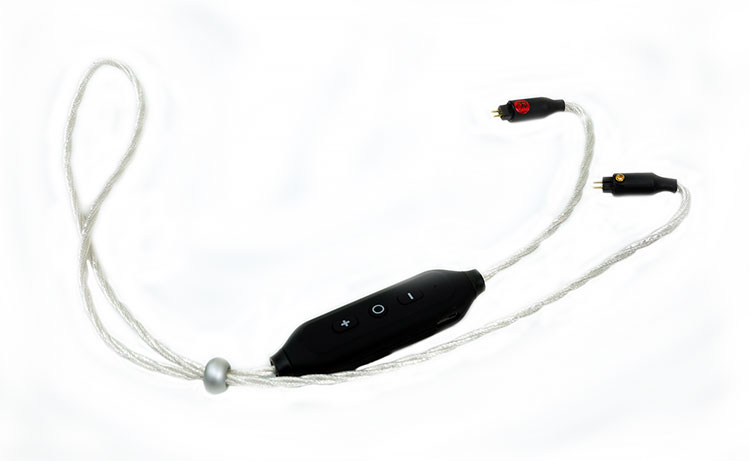 The two cables also use BT 4.2 which means both can connect to two sources at the same time as well as show related battery information on devices such as smartphone taskbars. The Plussound is more stable than the Birdy in terms of distance from the source. I get a far stronger connection over a 10-meter distance and less drop out with the FiiO M7 DAP compared to the Birdy. Both have the same performance in terms of distance with the LG G6 smartphone. Both exhibit hiss with sensitive IEM which may be an issue for Andromeda owners et al with the Plussound the slightly higher of the two.

Tonally, the Plussound Exo BT cable is a little warmer and thicker sounding than the Birdy fairly natural sound when tested on the same IEMs. The staging is a little more intimate with a forward vocal and lower midrange. The Birdy which has a more distinct holographic presentation with excellent imaging and layering and will sound the more adept at handling intricate instrumental passages.

Wireless technology is moving so quickly now. It is hard to believe that something as unique as the Plussound Exo BT cable is now almost obsolete in the space of 7 months with the advent of aptX HD and LDAC capable devices.

The Birdy is a setup, aptX HD sound quality is also a clear step up over aptX capability. However, one only has to wonder what if it has LDAC capability? Just how much better would it sound because that is a whole different ball game. It is something I hope they can review for future firmware revisions as more and more DAPs are LDAC capable and the price of the Birdy does need to be justified.

Outside of that, the amplifier is superior to the budget offerings but has a minor issue with noise on sensitive IEMs. The restrictive 2-pin non-detachable cable instead of a jack port might also be a limiter. If you happen to have 30Ω plus 2-pin IEMs then this is a great pairing with a much quieter background and a smooth holographic presentation. If not, well you are out of luck which is a shame.