I was expecting a bit more noise with the 16-ohm UM Martian but surprisingly it was pretty well behaved with the majority of the sources I tested it with. It is, however, an efficient IEM so power wise you do not need anything heavy duty to drive them well.

Most DAPS coped with no issues with the Martian. The likes of the Shanling M5 and the Alien Gold required little or no adjustment from their default low gain volume. FiiO’s X7 is module dependent so amps such as the AM3 pairing required only around 45-50 steps max, whereas the AM1 went around 5-10 steps higher with the Martian. The Sony ZX2 required less than 50% master volume in low gain and the Paw Gold sat very comfortably around 48-53 steps in low gain.

It does need just a tiny bit more juice than hypersensitive BA designs such as the Andromeda and Jupiter but in return, it suffers from far less noise with the only detectable hiss coming from the balanced mode in the Cayin N5.

Focus is on the vocals, a smooth buttery warm response and maximizing the staging ability of the Martian. The Alien and the Martian is an excellent combination if you are after a solid vocal performance and a controlled bass signature. The Alien never really seems to overly excite the Martian’s dual dynamic drivers but yields just enough to sound really planted and solid when required. Compared to the N5 pairing this is a much more relaxed sound of warm.

(without any EQ and audio effects turned on) This is cooler more neutral sound than the Shozy Alien pairing with a good vocal performance but not as forward or rich sounding as the Alien. Technically the ZX2/ Martian timbre is more accurate sounding than the Alien and certainly the more resolving of the two pairings. Bass once again is tightly controlled but still weighted and sure-footed with decent snap and speed. Treble is polite but clean and detailed with more sparkle than the Alien produced. 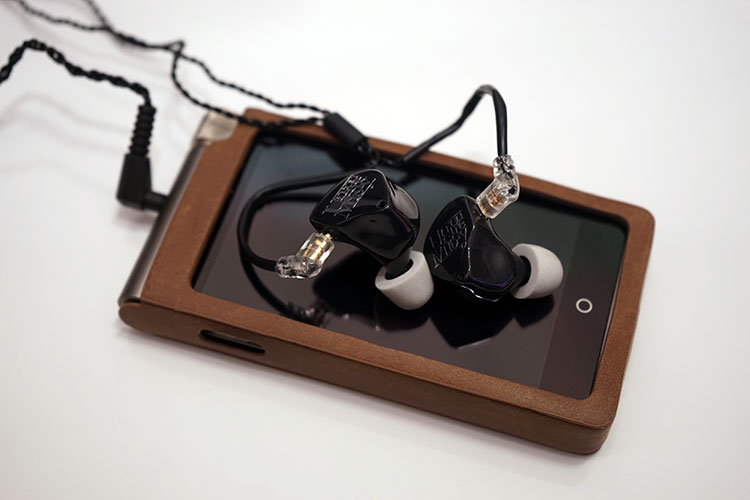 A full-blooded yet detailed sound that really lets the Martian bass off the leash so to speak giving plenty of slam where required but never allowing the whole thing to bleed or get muddy. This is a really fun musical pairing but superior to the N5 bombastic approach which tends to overcook the bass a bit too much on the Martian. I get the feeling the Martian can be provoked into producing huge bass but it will ultimately depend on the DAP you pair it with. Since the N5 and i5 share the same DAC it makes sense both have the same musical approach but it is the i5 that wins out by keeping everything much more coherent and more natural sounding.

Out of the 4 modules on offer the AM3 unbalanced offered the smoothest and most controlled pairing with the UM Martian. Bass was solid but coherent, mids were natural sounding with an excellent vocal performance and treble stayed polite but clear. It wasn’t as musical and colored sounding as the heavy hitting Cayin duo, to get closer to that sound the AM5 module will give you a more ‘in your face’ sound with a forward and harder hitting bass response. 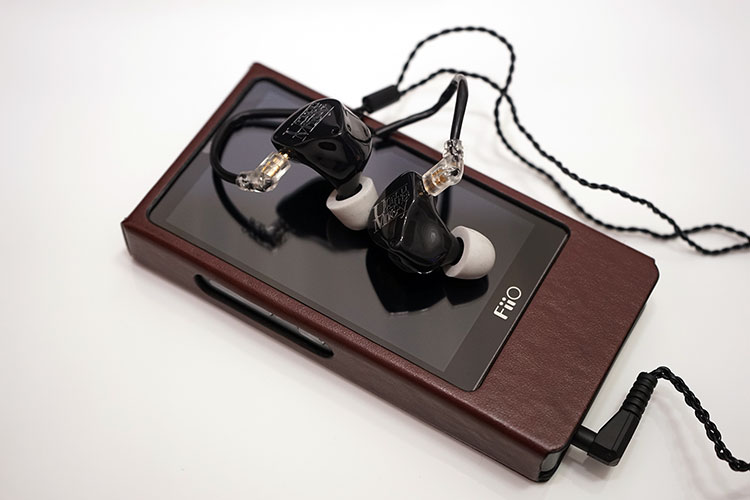 This is like stealing from Peter to pay for Paul. The double dynamic driver of the Martian is heavier hitting, better defined and more engaging than the softer and warmer single dynamic driver bass of the Merlin so cue Peter’s loss. But in comes the Merlin’s Paul now with a quad BA for the mids and highs of the Merlin outstripping the Martian in details and showing off a more natural timbre. Debt settled. Make sense? Well, it does to me.

Basically, if you want a stronger tighter and more defined bass response then the Martian is more fitting. It has the chops over the Merlin which actually has a pretty weighted bass also but sounds warmer and politer in comparison with less of a mid-bass hump. It is really a question of context since both slay the Miracle when it comes to bass extension and weight.

The Martian’s single BA setup for mids and one more for highs though can’t compete with the Merlin v1’s smoother and more natural sounding quad BA design. The treble may be more forward and have more sparkle on the Martian but it is not as natural sounding with a little more grain than the more laid back tuning of the Merlin. Vocals on both are excellent, very focused and slightly forward but again the Merlin just sounds the more detailed and more accomplished of the two side by side. If I am rocking some dance/EDM though I am picking the Martian with that heavier hitting bassline and brighter treble. If I am working on classics, stadium rock, and simple large soundstage works I am still going to revert to the Merlin.

One final small but important note. The Martian seals better than the Merlin due to that open bass port built into the Merlin shells preventing it from being as good at isolating as other full BA systems or more modern hybrids.

Another hybrid single dynamic driver and quad BA like the Merlin but this time it is in a universal format. This is one heck of a beautiful universal IEM with unparalleled accessories and a sound that is perfect for modern pop and EDM. Seal and comfort are excellent with the Martian perhaps isolating a bit better but the Fidue being lighter and flatter, having the lower profile and comfier fit. The A91 is the marginally easier to drive than the Martian by about 1-3 digital steps on low gain with most DAPs.

Tonally both have hard hitting bass performances but the A91 is tuned for a deeper and fuller sub-bass performance over the Martian whose slam is more centered towards the mid-bass. Don’t get me wrong the Martian has excellent sub-bass presence and control it’s just the A91 is so good, possibly too good even that you tend to forget what the heck else is happening in the rest of the frequencies. Once we move into the BA setup (mids and highs) things get a lot closer.

Mids on both are very good with excellent timbre but with a slightly different emphasis. The Martial has a nice centered vocal presence that is slightly forward and an instrumental presentation that is a little thinner and more neutral than the Fidue A91. The A91 is a little warmer and smoother but with a vocal presentation that is more neutral and less focused as the Martian’s more prominent vocals. With the Fidue A91, guitar and instrumental work are more prominent.

Treble on the Fidue is more laid back with only a minor lower treble spike. The Martian which has a touch more brilliance and sparkle to it than the A91 but it too is on the polite side. No one is really going to get too fatigued by either of these IEM’s treble performance.

The BD4.2 is a custom earphone but also sports a dual dynamic driver configuration plus a quad BA config for the mids and highs. It is priced somewhat higher than the Martian also at around $1000, but then again it is a custom and packing double the BA drivers compared to the Martian’s single BA for the mids and a single BA for the highs. Note also the Lear has a built-in bass adjustment pot so you can vary the bass signature to your preference, unlike the Martian which remains fixed.

Build wise the Lear is big and deep. I had commented on how much deeper the Martian was against some regular BA designs and even the hybrid custom designs from UM but it pales into significance to the BD4.2. Also, the Lear is not as efficient as the Martian and does require a bit more juice to get the most out of it.

Both have a relatively neutral sounding midrange responses but the Lear vocal presence is further back in the mix compared to the Martian. It also sounds a little thinner in the midrange the flatter you tune the bass on the Lear. Again adding about 30% on the bass fattens up the sound considerably on the Lear and produces a richer sounding lower midrange. 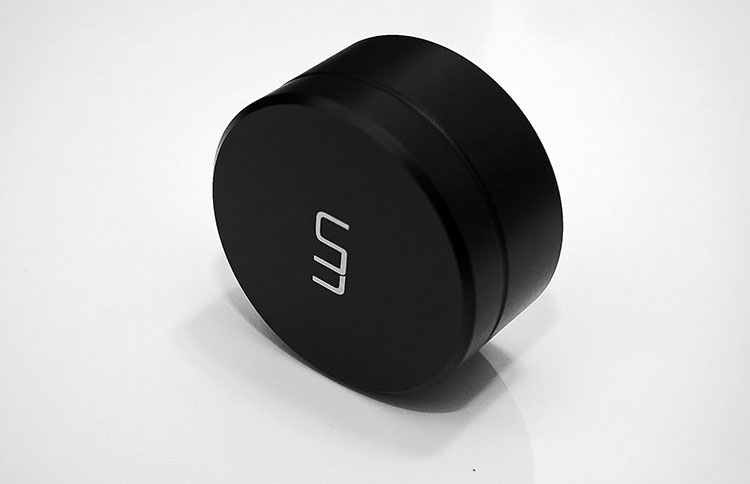 The UM Martian seems to represent the renewed creativity of UM once again flowing after being rather muted over the previous 2-3 years and, for me, that is a good thing. I am glad they simply have not aimed for the stars with new product launches and given us something more mid-fi in terms of price to performance which the Martian embodies.

Dual dynamic can be done very well indeed and I am surprised how controlled and detailed the bass performance is on the Martian. I was expecting warm, big and omnipresent but instead, I got a cooler, faster and tighter delivery that works very well indeed. It also gives you something a bit more than the Merlin which was my previous bass king from UM as well as competing pretty well against more expensive hybrid IEMs such as the Fidue A91 and the Lear BD4.2. I still do not think its dual BA design has the texture and authority to compete with hybrid quad designs but if you are in the market for something that will drive EDM with authority. If you need that additional flexibility for less bassy tracks, then the Martian is a very good choice indeed in its price range.