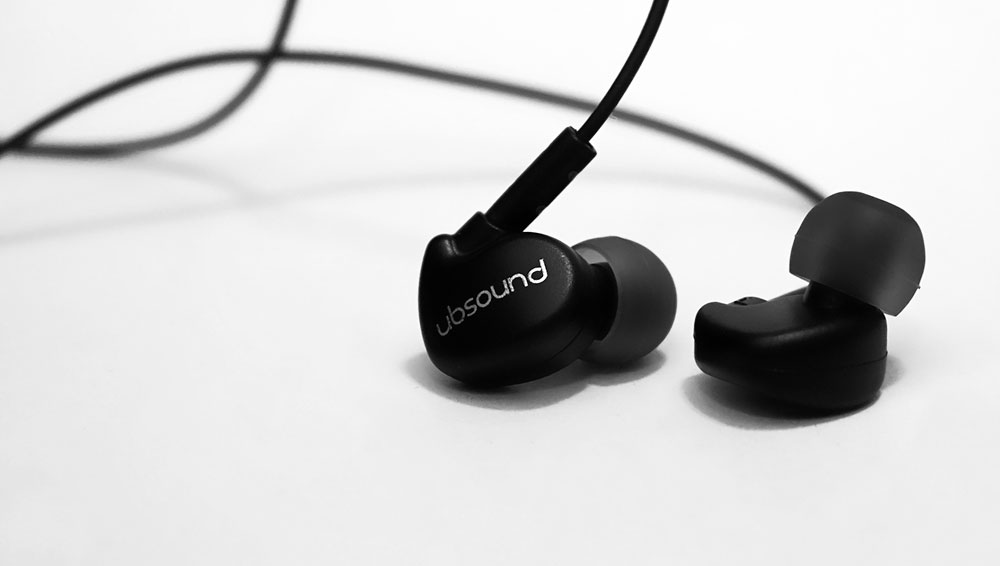 The Orchestra IEM By UBSOUND

I am starting to enjoy trawling over budget gear quite a lot in 2016. More and more I am finding little gems among the pile of rubbish that justify a good and thorough review such as the VE Monk Plus, the EM3 from FiiO and the mighty Zero from Shozy, all of them starting at $5 and below $50. If you are just starting out and not wishing to take much of a risk with your wallet, then the choices on offer for audiophile goodness are easier to buy more than ever. Italian IEM makers, UBSOUND, are right in the mix also at the budget end and started out at almost $50 for the Fighter IEM and now, with the recent launch of the $24.99 Orchestra IEM, they are hitting a huge sweet spot price wise for first-time buyers or upgraders. For a Western company to compete with the low pricing of Asian firms takes some doing.

The Orchestra represents a bit of a revamp by UBSOUND as to how their IEM’s should look and feel but still incorporate a V-shape sound signature which, speaking with their CEO Marzio, is now what they consider being their house sound. Gone is the bullet type form factor and in comes a 10mm dynamic driver enclosed in a tiny Westone/RHA style design. It is a thoroughly more modern approach in terms of look and feel. The price point is $24.99 which pretty competitive and largely risk-free. It’s not FiiO EM3 or a VE Monk Plus type of throwaway purchase though these are earbuds.

UBSOUND are keen to point out the key pitch of the Orchestra is to those EDM lovers using primarily smartphones and looking to ditch their stock buds or IEMs. Hence creating a 16 ohm/ 115dB earphone made more sense than going for 32 ohms or higher. It’s not purely an audiophile creation, it a musical upgrade for those who love dance music and designed specifically to cater for those with weaker amplification setups. 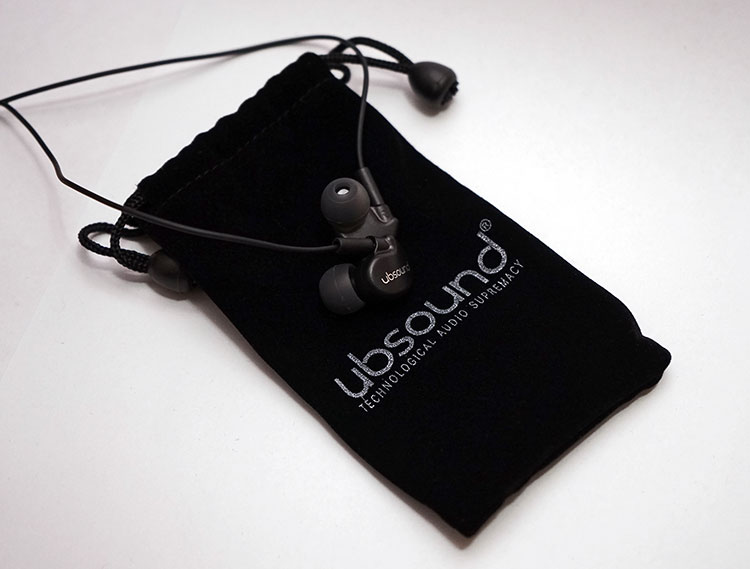 This is so much better than the Fighter build. Not that the Fighter was a bad build, just the Orchestra is so much more relevant looking and a proper stab at making a modern looking design that feels comfortable from the get go. It is light, small and similar in design philosophy to the likes of the RHA T series and the Westone BA range. It is made of hard plastics with a decent finish though the Orchestra is lacking any noticeable strain relief on the stems. Left and right channel demarcation is on the inward facing part of the shell and is a little hard to see. I would have preferred if those were in white like the UBSOUND logo on the front.

The Orchestra Nozzle does not have a dedicated stop ring either meaning you can move the tips up and down the nozzle by around 3mm depending on your levels of comfort. There is a little bit of bass reduction when you move the tips further up the nozzle and away from the driver though in practice if you are sticking these in your ear on a daily basis the tips do slide back down again.

The fit is excellent with the Orchestra. It is on the small side which means it is tidy fit, sits totally flush in my ear and allows zero movements in open or closed jaw position. Using the stock medium tips, I got an instant fit without any fiddling for the sweet spot. Background noise leakage both ways was minimal with the seal. Certainly, all ears differ so I won’t give you a cast iron guarantee that this will be your experience but it’s pretty much the correct design for me to get an excellent fit and seal in a modern IEM at any price level. 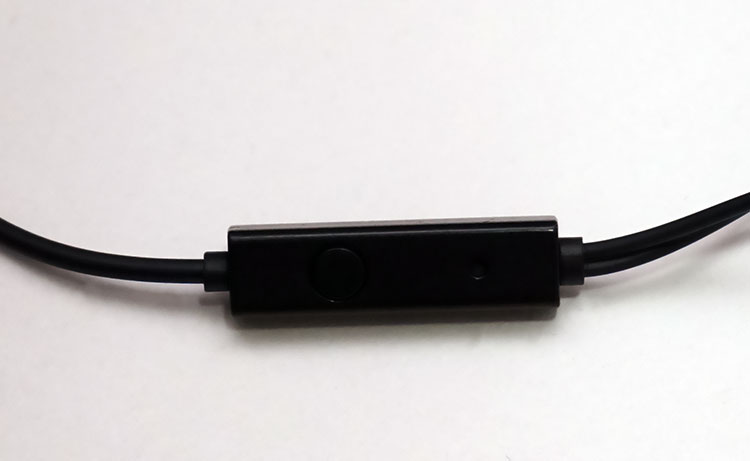 The cable on the Orchestra is a bit thin for me though it doesn’t suffer from a high level of microphonics as I initially though it might. Part of that might be the use of the y-split as the in-line remote mic and playback functionality absorbing pings and knocks as well as the over ear design of the Orchestra which always helps. The cable is terminated with a 3.5mm right angle gold-plated 4-pole jack with good strain relief. The inline mic works pretty well actually with Android smartphones and the playback controls, though simple, actually work just fine with Android and even the ancient iPod Classic which was a nice touch. 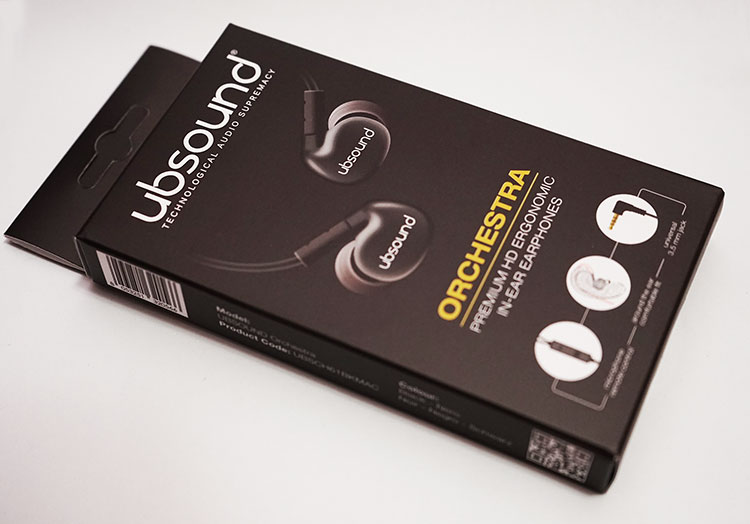 The Orchestra package is what you would expect at this price point with a simple but tidy thin black retail box (that type that goes on a retail outlet hanger). Inside you get a standard set of stock tips in small, medium and large as well as a velvet drawstring pouch for carrying around your Orchestra. On the front, you get the UBSOUND brand and tagline. You really can’t ask for more at $24.99.

The Orchestra has an unabashedly bass head v-shaped presentation that has a dark to warm tonality and colored specifically to work best with EDM rather than typical rock or vocals dominant genres. It simply does not work with indie, most forms of rock or introverted EMO where midrange is a must, but stick on a Dash Berlin or David Guetta and it sounds perfectly fine churning huge mid-bass volumes and competent if somewhat polite top end.

If I was to use a footballing analogy it would be like Jack Charlton’s playbook from the late 80’s Irish football team. Hit it long to the big fella, avoid the midfield! Do not go looking for a clean and balanced response with acres of midrange, you simply will not get it and I honestly do not think UBSOUND would disagree with that. It has been a very long time since I have heard such a dominant V-shape as this one. Pace overall is a little slow, detail is on the forgiving side so plenty of scope for lossy music to sound acceptable and soundstage is fairly decent for a single dynamic at this price range.

The Orchestra has a fairly elevated mid-bass hump that starts out at around 20-30Hz and peaks around 70Hz before dipping downwards by up to 10dB before it hits the lower midrange. It’s a fairly voluminous bass response but slightly soft, warm sounding and medium to slow paced with a longish decay. It is not a bass response for tight tactile bass lovers who need something linear and cohesive. It dominates the Orchestra’s V-shape and really works best when matched to hardcore EDM.

Mids on the Orchestra are recessed by almost 10dB – 15dB compared to the mid-bass response and around 10dB compared to the lower to mid-treble presentation, bottoming out around 3-4k. As such the midrange lacks in spaciousness and detail on average amps with a very soft attack and a lack of air for instrumental separation and vocal presence. Timbre comes across as relatively dark sounding as a result though the slight elevation at around 2k keeps it from getting lost altogether and gives vocals a small platform above the rest of the range. The good news is you won’t hear a lick of sibilance in any vocal performances despite the lack of detail and it does breathe easier when hooked up to quality efficient and neutral and very clean IEM amps.

Treble on the Orchestra does rise from the 5k marker onwards but still has a lower dB rating than the bass response by around 2-3dB so you do get an increase in clarity and articulation over the midrange that is in keeping with the V-shape but the bass still dominates. The Orchestra’s treble attack is still relatively soft sounding so it doesn’t sound terribly brash or peaky for a rising V-shape treble performance which only adds to the super forgiving nature of the Orchestra. I couldn’t detect any peaks beyond the 10k marker to the ascent feels relatively smooth and controlled. I would have liked to have seen a little more sparkle around the 5k marker but I am not sure that is possible with this driver without some judicious EQ being applied. 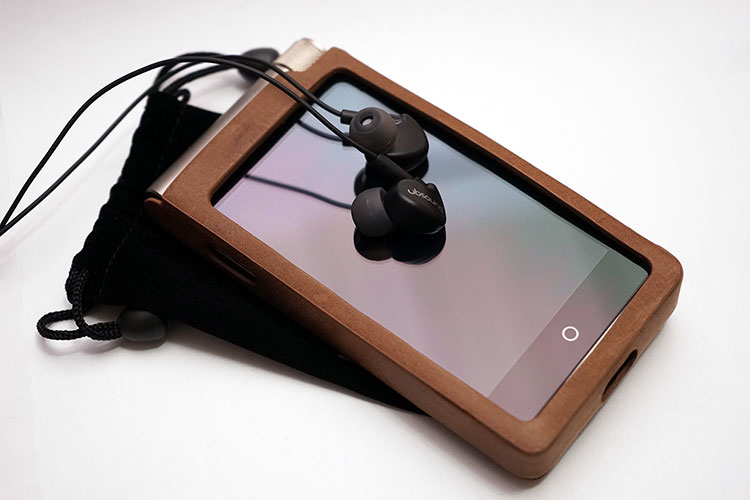 It is a 16 ohm 115dB IEM, it is very easy to drive and actually, I would recommend you do not stick this into anything overtly powerful such as a dedicated high-end amp as the power just over excites the bass performance making it a very muddy experience. This is especially so with warm amps. It does tend to settle after about 50 hours burn-in and perform better on more neutral or weaker amps such as smartphones where the driver is not being pushed to the limit. I sense that was the intention all along with regard to how UBSOUND saw the Orchestra being used. Noise on the Orchestra is nonexistent despite its low ohm and high sensitivity ratings when used in combination with a smartphone. I also checked with an old iPod Classic and the latest Cayin i5 and both gave excellent noise-free experience with the Orchestra.

My recommendation with the Orchestra is to match with a clean source and low powered highly efficient amp (combination of both is ideal). If you can find a neutral, clean or even bright source so much the better. It sounded average and congested with the Blackberry Passport, a little bit better with the iPod Classic with improved dynamics and separation. The Orchestra actually started to really perform with the very dynamic, spacious and clean ALO Audio RX IEM amp. The RX amp, in particular, gave the staging of the Orchestra some much-needed width and tightened the imaging also in the process. Vocals became a lot clearer and resolution improved also. If anything this proves the Orchestra is responsive to a good quality signal and can scale a little with a good setup.

I think UBSOUND are taking steps in the right direction with the Orchestra IEM. Certainly, this price point is low risk and tempting for those looking for a first time upgrade or simply a beater second IEM for out and about. I am happy they decided to go with the RHA/Westone styling, it is much improved over previous offerings, light and easy to fit and offers a very good seal indeed.

Tonally its chest pumping v-shaped IEM without any apologies. It is an IEM for dance, hardcore EDM and anything that doesn’t require too much demand from a recessed midrange. Tonal matching will require careful consideration though. Anything with too much power or too warm will overwhelm an already abundant bass response but something more neutral, cleaner and brighter (with low power) will tighten up the bass response significantly, give the midrange a bit more breathing space and add a touch more bite in the treble. The Orchestra will respond well with the right match up.