The last TMA-1 I reviewed was the Young Guru Studio edition which I found to be very lively and dynamic but had a bit too much sizzle and peakiness in the lower treble giving the whole presentation a somewhat disjointed feeling. So although the TMA-1 X tonally is more in league with the livelier Young Guru sound, it still retains a bit of the old smoothness from the original TMA-1 and the more placid Studio edition.

The X edition is still dark though certainly it is not as dark as the original TMA-1, and it does build on the Young Guru’s clearer and more articulate lower treble though this time though it seems to me they have smoothed out the lower treble a bit more making the TMA-1 X a little bit more coherent. The X still displays some peakiness though in the lower treble and there are some displays of slight sibilance in female vocals though given the smoother overall presentation it doesn’t feel over fatiguing or distracting.

What will strike you most is the relatively successful transition Aiaiai have made from the restrictive but very cool original TMA-1 to this much more mainstream X edition. The dance and house legacy is still there with a snappy and fast mid-bass hump that though never quite extends that deep due to the shallower cups and iffy isolation it could never be accused of being bass shy. The mids are also less recessed than the similarly priced Capital and more forward than the stock TMA-1 giving the X edition are a degree of flexibility, much like the Young Guru, on other non dance or beats genres. 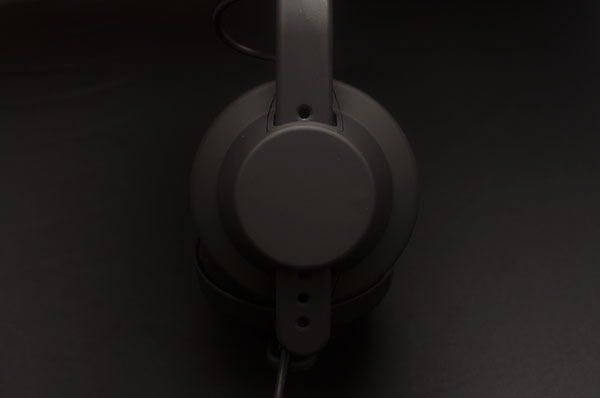 The X’s dark yet clean presentation doesn’t quite have the same liquid feel to the more fluid presentation of the old TMA-1 and in some instances it did feel a bit dry and grainy, especially on acoustics. The sound stage is certainly more intimate than expansive also with average image depth and separation.

Yet for all this the TMA-1 X retains a high degree of musicality and PRaT that completely slays the awkward and disjointed Capital. It’s also pretty easy to drive out of most sources, with the AK100 driving at volume 60 with no issues, and around 195 on the Ibasso DX50 and 75% on an Ipod Classic. Chances are a TMA-1X is going to be paired with an ipod or a Clip or DX50 rather than an AK100 but straight out of the jack should not present any diving issues. Though not the most resolving of headphones it certainly has a very forgiving nature for compressed or lossy tracks. The TMA-1 X sounded particularly impressive with artists like Dash Berlin on the Ipod Classic which sounded expansive, clean and very smooth despite the lower bit rate and “so so” DAC in the iPod.

I did find amping colored the sound a bit depending on the amp you used with the VorzAmp Duo giving a degree of warmth and added smoothness and a slightly richer sound on female vocals whereas the ALO National opted to drop back the mid section just a tiny bit in favor of slightly boomier and deeper bass note. Switching the TMA-1 X to the ALO Audio International and keeping the setup at low gain the same extended bass note was present as the National but the darkness of the National was gone in favor of a more expansive and livelier top end. Right at the top end the Cypher Labs Theorem was majestic, controlled and details with the TMA-1X and iPod setup. Then again who is going to spend $800 on a $120 portable can?