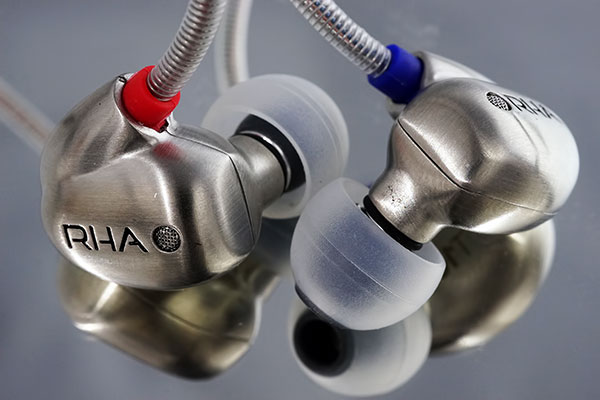 I was half expecting more of the same from the MA750 but on a higher level but in actual fact the T10i is a bit of a departure from that neutral dynamic presentation. Tonally the T10i is a much richer and thicker sounding IEM with a greater emphasis on the bass section, a relatively relaxed mid section and a slight tapering of the treble performance. You could describe this as more a consumer orientated presentation rather than reference or balanced. There is less of a dalliance with detail and more of an emotional grab for attention with the T10i. It feels like RHA made a conscious decision to add a heavy slice of musicality, color and fun with the T10i rather than offering up a monitor like experience.

Yet despite its bass bias I was never as disappointed or distracted as say with the Westone W50 which had an exceedingly heavy flirtation with low end impact much to the detriment of the rest of the signature. The T10i bass is just tight enough to keep pace and detailed enough to be enjoyable without becoming too distracting or overpowering especially with the treble filter attached. The mids section follows much the same pattern with a rich thick tonality though not as forward as the bass section. For the most part the midrange is reasonably steady and relaxed but it does however have a slight elevation towards the upper mid range and lower treble at around the 2-5k level that yields a more forward and decent vocal presence. It also doesn’t get too peaky or tizzy thus avoiding sibilance or creating unbearable sharpness with any cymbal or hi-hat work.

This coloration means the T10i is not terribly transparent or spacious but neither does it lack vibrancy for modern pop and rock genres. The softened upper mids and tapered treble are pretty forgiving for so-so recordings and portable compressed music. If you want a sibilant free experience the T10i pretty much nails it without sounding too blunted. In fact the T10i is probably the first IEM in a long time that made straight out of my iPod Classic seem fairly acceptable. The flip side though is for some who prefer more of an edge in their upper mids and lower treble, a cleaner and vibrant top end, might find the stock presentation to be somewhat flat and dull compared to say the Fidue A83 which is all about heightened treble performance and articulation.

Consider it more of a choice than a detriment. Do I want a level of performance that is guttural, weighted and rich but slightly blunted at the top end or do I want something more nimble, articulate with sense of space but decidedly thinner with less low end impact? Before you make that choice though there is the case of the three filters and how they shape the sound.

The T10i filters are more subtle than drastic but nevertheless with the right matching they can make the final bit of satisfying difference on my preferred setups. Bear in mind the filters do not change the core tonality but instead shift the balance a little between the main areas of the frequency range of the T10i. As I mentioned at the start of the review I felt the reference filter was quite unlike the K3003 reference in terms of balance and transparency and as such it was not my go to filter for the T10i. The bass and reference filter sill veer to an enhanced bass dominant signature but in slightly different ways. The key difference between the reference and bass filter is basically the amount, speed and extension of bass you want to allow to slip through into the listening experience.

With the bass filter you get a ton of sub-bass and plenty of extension. It’s full on thick and weighty but also incredibly dominant to the point of distracting. This is a pure bass head, ear against the speaker dance hall experience. With the reference filter the emphasis switches up the scale thankfully producing a tighter and more controlled snappy bass response but less extended and not as dominant as the bass filter. It sort of reminds me of the difference between having two 12″ boxed passive subwoofers in the back of a small car as opposed to having one 15″ ported and boxed subwoofer. Car enthusiasts should get what I mean on this one.

Those looking for a filter with a bit more top end sparkle, extension and articulation then better slap on the Treble filter. This is by far my favorite filter especially when matched with the DX90 and the iPod Classic 7th Gen. The bass weight and dominance, though still heavy hitting, is significantly reduced in prominence producing a far cleaner and more coherent presentation and giving the whole top end a much needed sense of extension and space. 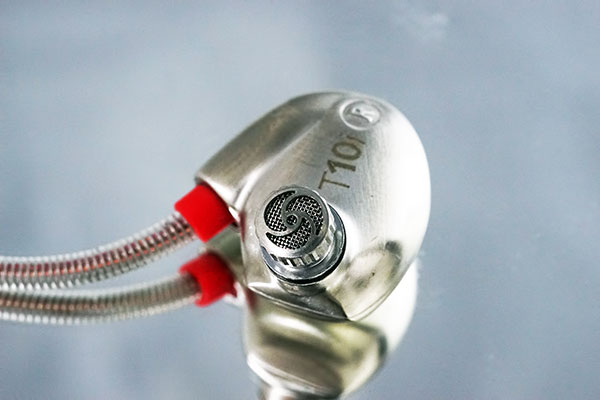 The T10i is a 16ohm IEM which is pretty normal but the sensitivity rating is actually relatively low at 102dB (almost on par with the UE900) compared with say the Westone W50 armatures rated at 118ohms. Therefore most DAP’s and mobile gadgets I tested them on required just a little bit more juice to get the best out of the T10i. A good example of this is the DX90. Straight out of the jack the T10i needed closer to 195-200 which is on par with the similarly rated UE900. On the Classic I had the volume around 80%, the FiiO X5 at 75 and the AK120 right up to almost 55 on its pot.

Across the DAP’s the more neutral the DAP became the better the match with the T10i for my own ears personally. Both the X1 and X3 from FiiO just felt too boomy or syrupy for my own personal tastes and would be better suited to more neutral sounding IEM or headphones. The X5’s warm to neutral sound signature performed much better with the T10i using the treble filter with a better sense of space and control than both of its cheaper counterparts. Despite the T10i being much cleaner and more dynamic on the DX90 I actually preferred the bass response on the FiiO X5. Bass control on the X5 was never boomy or uncontrolled and sounded very coherent compared to the slightly more bombastic slam of the DX90 which served to just overemphasize the already bass orientated signature of the T10i.

The AK120 sounded the most natural of the high end’s DAP’s with a better sense of space than the X5 and not quite as strident or forward as the DX90. Perhaps the most pleasing aspect though was the pairing with the Classic. Not so much in terms of a transformation into some high end audio DAP but rather it made the stock classic presentation seem less thin, unappealing and rather more engaging than I have heard in a long time. The thicker richer sound and forgiving nature of the T10 is indeed an excellent match for the Classic.

That lower level of sensitivity also worked a charm when the T10i was strapped to some portable amps. The iPod Classic and Theorem 720 combo produced zero hiss or background noise which is one of the common complaints people have when using higher sensitivity earphones on what is otherwise a decidedly superior DAC/Amp. It also benefits from the excellent Theorem amping and DAC bypass with an added sense of width and depth to the soundstage and a feeling of better control and clarity than direct out of the DX90 and the iPods Classic.

Right down at the opposite scale the FiiO E11k and the T10i matched quite well though not on the same level as the Theorem. The pairing with the E11k brought out a stronger bass response than the Theorem and sounded a bit more hollow and recessed in the mids but kept a decent level of musicality and clarity. There was also plenty of power in the E11k to drive the T10i with max volume somewhere around 3-5 on the pot depending on your source setting (80% on the iPod). A much better match for a few extra coins from FiiO is their new E12a IEM amp which has a much fuller sounding midrange and a snappier cleaner bass response than the E11k.

Probably the most impressive bass response came from the Cayin C5 paired with the T10i. The PraT levels for a bass head where off the wall even on the treble filter but in a very good way. Paired with the C5, the T10i has hugely impressive control, tons of slam but with a far superior imaging and soundstage performance than the E11k and even the new E12a but not quite the clarity and detail of the Theorem 720. I dare not use the bass filter with the C5 and the T10i pairing.