I can easily consider this K-712 a drastic improvement over the last generation of K-Series headphones, it really does seem more precise and more solid sounding than anything before it. With that, the stereo image separation takes a nose dive and turns into something more focused, more realistic and less splashy as the prior K-701 sounded. There is such a thing as having too large of a sound stage, as with that large stereo width comes the potential of the image sounding overly thin, stretched out and with a looming sense of ” something just isn’t right “. Thankfully, the K-712 fixed all of that and improved the sound stage quality in general, but lessened the overall width and separation by a fair degree. Expect a very nice stereo width with good separation qualities and good height, a solid low end combined with a solid midrange makes this headphone fairly well rounded. In fact, it might be the only well rounded AKG headphone I’ve ever heard.

The K-712 sounds a lot like the Sony MA900, which itself is a fantastic value, one that I consider better for movies and media in general due to being feather light and more noggin’ friendly with respect to it’s simple headband. Liked the MA900? You are going to love the K-712. Despite the MA900 not having the excellent pinpoint accuracy and less clarity all across the board vs the K-712, it still remains, in my opinion, the best all purpose headphone ever produced. 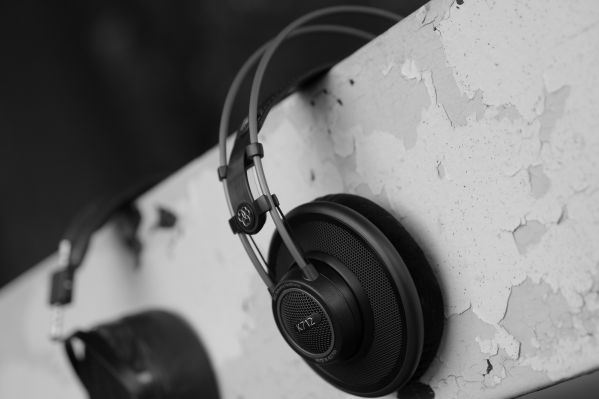 This headphone still sounds like a typical AKG set of cans with regard to the overall coloration and presentation flavor, which is somewhere between natural and studio monitor. Hard to say what the real sound type is here because the sound signature drastically changed when I swapped my Burson Conductor SL’s 9018 chip for the very warm 1793 chip, which itself is an upgraded dac chip similar to the one in the original Burson HA-160. Depending on the headphone, you’ll want to swap out. No question the 9018 is more clear, dynamic and solid, but the overall warmth and coloration of the K-712 almost took on an Audeze house flavor with that 1793 chip in the mix: Natural and a bit warm on the low end. Where as with the 9018 chip, the K-712 tended to sound more like the Hifiman headphones. Nice to see this K-712 responds marvelously well to different amplification sound signatures. At 64ohm impedance, the headphone is very easy to drive and functions very nicely off my iBasso DX50 even on low gain, but I suggest trying to acquire a better source with regard to bass output to do the K-712 justice on the low end.

For some reason, more power and driving force equates to a better bass experience. Taken from an already smooth and lean low even via just my DX50 and ALO Internation for example, to one of the smoothest low end experiences with plenty of quantity that I’ve heard in years with the Burson. The bass quality rivals the Hifiman HE-500, which in my opinion has one of the most pure low ends in it’s price tier. I think the K-712 with proper amplification and dacs can achieve stunning clarity on the low end and mid range. Again though, watch out for that upper region as it is very unforgiving. Thankfully, the Burson really tamed it and toned it way down.