I originally planned on just talking about the synergy between the HM700 and balanced RE-600, which is breathtaking, but the RE-600 impressed me so much single ended that I feel it deserves a review of its own, especially since it’s gotten such little attention.

The RE-600 basically looks like a glossy black RE-400, which doesn’t exactly sell its $399 price. I asked Fang why the RE-600 uses the same housing as the RE-400, and he replied with something along the lines of, “Because it’s comfortable and works well.” That was more than enough for me; the RE-600 is the first IEM I’ve been able to wear to sleep because of its diminutive size and decent isolation (enough to block a snoring roommate). I appreciate Fang’s “if it works, don’t fix it” approach to the RE-600. The cable after the Y-split is sheathed, but retains some memory. It cable is not exactly on the same level as the Shure SE535 or Ultimate Ears UE900, but it seems durable. 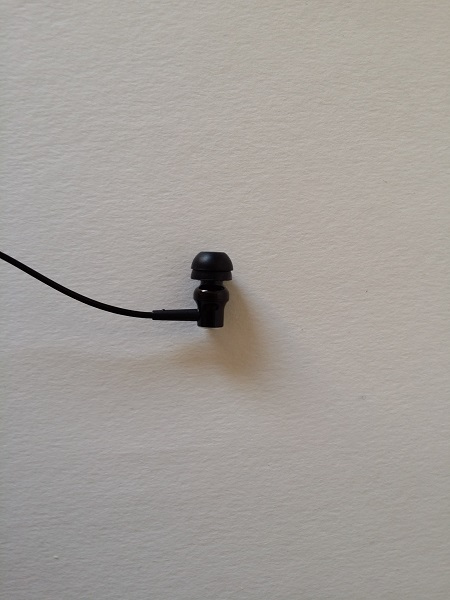 I should preface the sound portion by talking about my preferences, since after the $300 mark, the differences become less technical and more preferential. The ideal pair of headphones for me, at least at the time of the review (my preferences admittedly change), would be a HiFiMAN HE-500 with less grating upper mids. Warm, enveloping sound is more my preference than absolute neutrality, which is why I’m such a fan of the RE-600. They’re not the most technically impressive, but they do something that not even the Shure SE846 and AKG K3003i could do for me: make me forget about analyzing music and surround me with it instead.

The treble is slightly laid back, but more forward than the Sennheiser HD650. It has just enough detail to keep me satisfied, but there are some slight timbre issues. There’s a slight recession in the lower treble that makes some instruments, like clarinets, sound kind of like they have a mute on. The midrange is intimate, but not overly so, like I felt the HD650 was at times. But I did like the RE272’s midrange just a little bit more due to its better transition between mids and treble.

The bass is nicely balanced, and goes quite deep, but it probably won’t satisfy the most devoted of bassheads. I hate to compare them to a full-sized headphone, but they’re the closest thing I’ve heard to an IEM version of the Sennheiser HD600, but less forward in midrange in exchange for a little more liquidity in the midrange. The soundstage is pretty good; it had nice depth, but the width could be a little better. Fang’s goal for the RE-600 was to make it as flat as possible, and I think he was pretty successful at creating both a flat and musical signature. In fact, the only thing that I could possibly complain about the RE-600 is the lower treble. Otherwise, they’re the most pleasing IEMs I’ve ever tried, regardless of price. They don’t sound the most realistic though, so don’t expect these to be a reference IEM. But running them balanced through the HM-700 takes them one step closer.