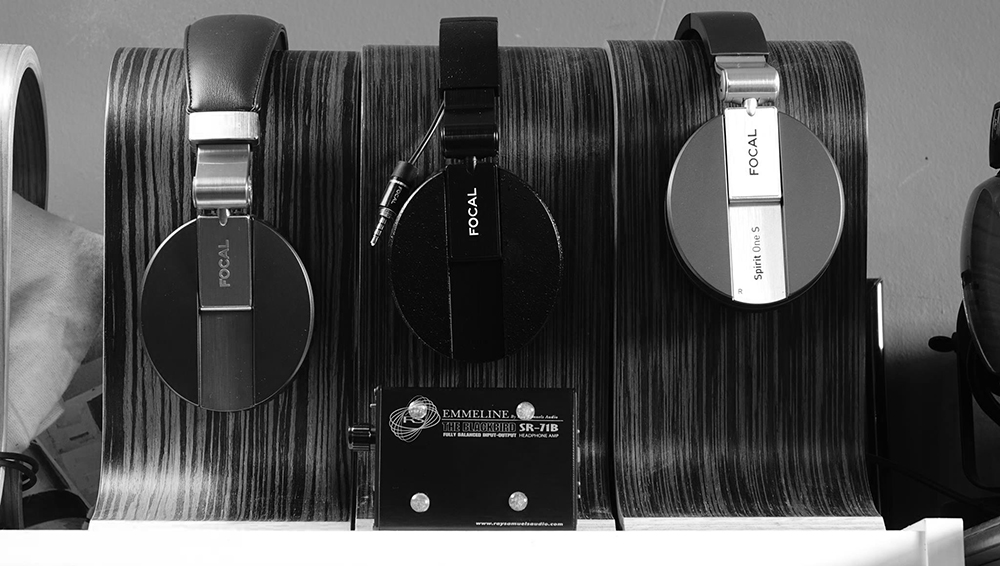 The Classic, the Professional and the One-S by Focal

Upon first listen, you should notice how dark the backdrop is by comparison to its brothers.  It is something very akin to the Philips Fidelio series and a stark contrasting jet black experience compared to the One-S and the Classic’s brighter background coloration.  Due to this supremely black background effect, the entire audio spectrum pops more on this model than its siblings.  There is no doubt that this model was specifically tuned for studio professionals and engineers alike.  This is not at all what I would consider a musical experience, however it is highly analytic and reference in tone.  Something dry that does not accentuate much, this is definitely a clinical sounding headphone, a real studio monitor.

This model shares the same build quality and design as the other two in the Focal spirit series, however its headband is a bit different than the classic model in that it is thinner and lacking a fully wrapped leatherette material.  There is a thin foam pad on the underside of the headband which offers plenty of support, the general comfort qualities are identical on all three models, however I do wish again that the Classic model employed either the same type of headband as the Professional version here, or something entirely different and more basic.  The fully wrapped Classic headphones headband is thicker, as well as more rigid.  I definitely prefer the thinner appeal this Professional version has.  One thing I’ve noticed about these headphones is that they tend to get relatively hot in a short period of time. I can easily see someone sitting in a studio booth for extended recording sessions, wiping sweat off the ear pads every now and then if the room is not well cooled with a proper air conditioner.  The headphones definitely sealed well and do isolate more than the average set of closed headphones, as memory foam tends to, the experience will undoubtedly get warm quickly.

The low end of this headphone is relatively more impact heavy by comparison to the other two models, believe it or not, and I found it to be even less bass omnipresent than the Classic.  Although, the Classic still dug a little deeper during low-end testing.  Unlike its sibling,  this Professional version remains in control at lower frequencies.  Solidity is retained noticeably deeper when pushing the limits of what the bass experience is capable of, but the quantity doesn’t change much.  The experience is more firm and focused, allowing for a wider range of low-end track types that mesh well with the headphone. As any good studio monitor headphone should be, this version definitely was specifically set up and explicitly tuned to allow for proper low-end retrieval without the need of an equalizer, which is something its brother the Classic needs to achieve the same thing.  In this case, the Professional offers just the right amount of bass quantity without going overboard or feeling like it’s lacking in any way. Unlike most other studio monitors that claim to be as such, this headphone is actually my pick for the best studio monitor headphone that I have ever heard in the sub $400 tier. It is a studio monitor headphone I was actually made with audio engineers in mind.  The coloration of the low end is relatively neutral by comparison to more noticeably colored than the low end of its brothers, the experience is also snappier and less forgiving in a physical sense.  The texture of this model is definitely more pure and liquid like than its siblings as well as of the more reference quality coloration type, which allows for accuracy during playback and is something I would highly recommend for musicians instead of avid music listeners. 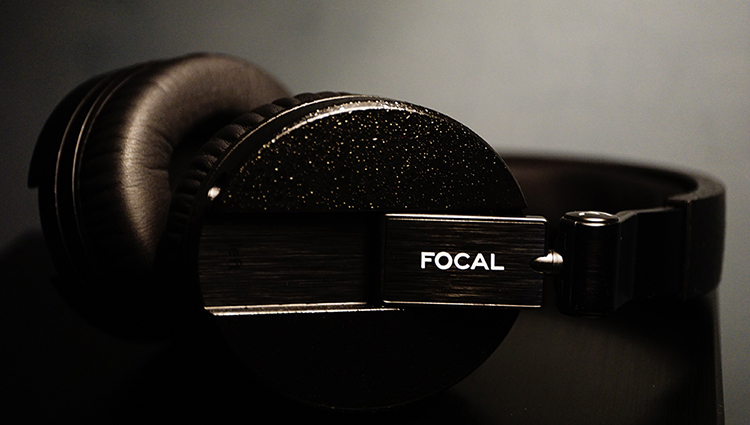 Treble seems more crisp and potent than the Classic, but also less interesting.  Dare I say it is boring, but I would think that is the point and it was intended to be this way.  There is a difference between brightness and lustrous treble, one is firm and authoritative, but can be flat and lacking engaging qualities on an emotional level, the other is sparkled with hints of high musicality and a forgiving nature.  The Professional Focal isn’t the latter, it feels very much like the Sennheiser HD800 and how it portrays treble:  something brighter with more bite to it.  Of course, it isn’t sibilant nor painful, just noticeably more powerful than the Classics more relaxed tonality on the upper end.  As with the bass texture type, the treble here is very pure and firm.  I am not sure anyone would consider it musical, again though this headphone is clearly intended for mixers and masters in the studio, maybe even live recording sessions with musicians wearing them while they play for feedback purposes.  As a guitar player, I can confirm the usefulness of this headphone.  It really does a fantastic job of getting the tone correct without sounding sharp or overly fatiguing, which is a rare thing when you consider how much the treble leans into the world of the bluish tinted treble, that slight ice-blue type of a coloration that is not neutral.  True, the bass and midrange tonal textures and tonalities are indeed what I would consider neutral, but the treble is clearly something similar to most studio monitors:  something that offers a bit of a brightness to it, which is beautifully contrasted by the headphones jet black background.

When it boils down to it, the Professional sounds more spacious than the Classic with regard to stage depth, this is directly due to the black background, that curtain behind the music that is so dark by comparison to the Classic and One-S.   I tried desperately to find a difference in stage width and height, even separation size between them all and I really couldn’t spot any differences at all.  All three headphones share the same staging properties, but the Professional “seems” deeper and more vivid due to that background effect that is so just damn darkened.  Stage enthusiasts are going to be let down for sure, so don’t expect a giant Fostex-ish stage, but do expect a highly intimate and exceptionally well formed stage that is neither lacking width or height.