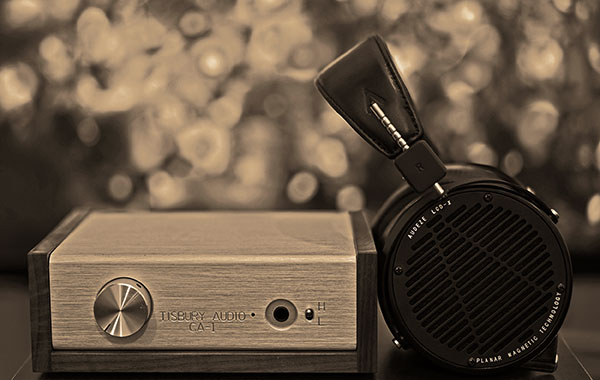 The Challenge Amp 1 by Tisbury Audio

When speaking earlier with Wes about he went about referencing and tuning this amp he mentioned the CA-1 was specifically tuned with the Sennheiser HD-650, HiFiMan HE-500 and the Shure 215. Now that is quite a range of varying demands from an amp – one dynamic, one planer and one 20ohm IEM. I would have liked to have seen the CA-1 pushed with say an HD800 or an LCD-3 just to see how far they can go but I guess that is my job in the end as a reviewer and you the demanding public. Personally the 3 chosen do help understand how the tuning ended up and how some reviewers have already stated why they prefer say one headphone over another. The HD650 has an inherently thick and rich tonality with a slight upper veil that a lot of people choose as their mid-fi can of choice for rock and similar genres. It requires a bit of power to get the best out of them but nowhere near as much as the HE-500.

The HE-500’s is slightly warmer and more laid than its more energetic flagship cousin, the HE6. Until the release of the HE-560 the HE-500 was seen as the sweet spot in the Hifiman Range for audiophile bliss without the need for a huge power amp. The Shure 215 was a more interesting choice at 20ohms and probably not a reference IEM for me for such a nice amp. I would have gone a touch higher in referencing with the Westone W4r or perhaps a UE900s or IE800. It just seems to be a more natural fit for the perceived customer of the CA-1. Still the use of an IEM in tuning does go some way to show what was on the mind of Tisbury when producing the CA-1 and that is all about flexibility.

The resulting tonality is incredibly clean, fast, articulate and detailed. It feels like the CA-1 is tuned to actually eradicate the perceived flaws in the veil of the HD650 and take advantage of the naturally engaging timbre of the HE500. Even when paired with my dynamic and bombastic ‘Made in England’ shoebox DAC, the Just Audio uDAC2496, it did little to change the aural perception that this sparkling yet slightly thin sounding amp was purposefully made for genres of a more sensible and courteous nature. 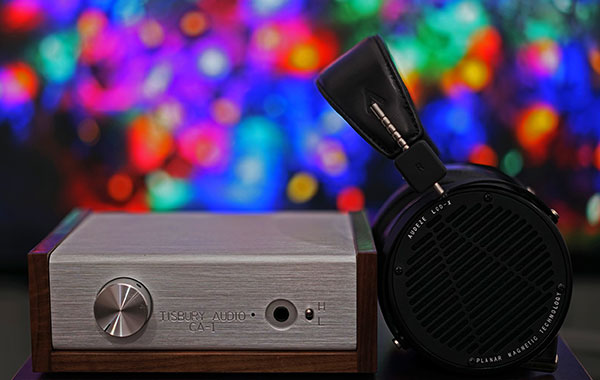 Genres high in fidelity with a deliberate reach for discerning listeners who ache for accuracy and detail sans sterility will flower and prosper. Genres knee deep in the mosh-pit gnashing away for thick basement dwelling chord crunching slams could decidedly flounder. Yet in all this it would be fallacy to assume the CA-1 is all nut cutlets and no beef steak. There is no lack of musicality with its fast paced attack, quality bass extension and texture. It is more of a case that the CA-1 feels just a little stand offish, prim and proper when something a little low slung, rich and wild is required. There are audiences for both so this is not a weakness but rather more of a considered but firm choice.

It is all too easy to stereotype this amp as one for the classics, the jazz and the usual array of emo like acoustics and simply discount it as one dimensional. That would be selling the CA-1 well short of what it can do. With it’s almost ethereal like treble and a firm laser-like focus on vocals and the midrange it is a beautiful and engaging amplifier with some lesser known modern shoegazing or ambient rock titans such as Hammock and especially with madrigal vocal magicians, Miranda Sex Garden (MSG).

The CA-1 with the AKG K501’s lush and natural midsection is a match made in heaven for the wonderful intricate vocal performances on MSG’s seminal Madra album from 1991. Not a hair out of place, astonishing low noise levels, great black background and just out of this world accuracy. This was exactly what I was thinking of when I stated “flower and prosper”. Throw just about any layered vocal centric performance at the CA-1 and you will get the same wonderfully airy response. Mediaeval Baebes, Sarah Brightman, Enya and Anna Coddington – the list just went on and on of superb female vocals taking front and centre and excelling with the CA-1.