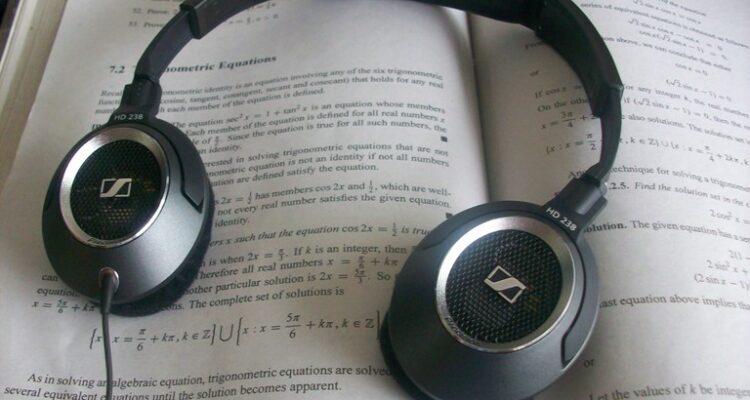 No doubt I am a budding audiophile. Ever since I got my hands to a couple of my favorite songs, and eventually an iPod, I’ve been very meticulous about sound quality. I can discern different instruments, know when the sound is unusual and muffled, and detect hiccups and distortions. My ears were subjected to numerous generic earbuds in my early days, and they don’t satisfy me at all. After all the numerous upgrading mistakes, I’ve pretty much saved up for the big fish already and got myself a Sennheiser HD 555, one of the best I’ve heard so far.

However, I would like to take this level of high-definition music to the streets; as crazy as it sounds, I’ve used my HD 555 outdoors. The result? Stares from people due to sound leakage and its large profile. It also gets stuffy using them in hot days, and even the slightest traffic can destroy my music experience, so I’ve saved again and purchased the HD 238, reported as the “PX100 on steroids” by Head-fiers.

The HD 238 has a modern, simplistic design that can certainly steal stares from people. Unlike other flashy solutions the HD 238 uses its sleek black headband and graphite-colored earcup to woo passersby. Subtle details like the chrome ring and Sennheiser logo as well as the small metal grill make it look cool and futuristic, in my opinion. Overall, a very well-designed pair of cans without being overstated.

Coming from the sturdy HD 555, I’ve come to fear that the HD 238’s can break anytime. The headband is made of cheap-ish plastic, as well as its extending appendages and earcup holders. The only metal parts are the phones themselves as well as the screws. This makes the HD 238 look a bit flimsy and too light to be true, but I’m confident at the guys from Sennheiser that they promise the plastic is high-grade and well made. It’s just that I’m surprised at the HD 238’s to be like this. Portability is indeed a priority for this model, so it needs to be lightweight and slim.

The HD 238 is very comfortable to the ears and head. The headband has a light clamping force, a complete opposite of AKG K518’s tight metal headband. It sometimes gets too loose that when I stoop down to tie my shoes or pick something up, the headphones get displaced or even fall off.

The earpads are pretty good, using leather and some form of cotton at the sides that are very comfortable to the ears. I don’t think these can easily expire from wear or over time. They feel almost nonexistent during listening sessions, and do not heat up as much as the velour pads on my HD 555 during sunny days. They’re so soft, believe me, just like small plushy pillows. With this, the HD 238 is perfect for extended listening sessions on-the-go; just don’t move your head too much and it pretty much stays in place.

Sadly, the HD 238 Precision is an open-back portable headphone, so it leaks sound and lets background noise in. It’s a bit uncomfortable to listen to any material with heavy traffic around, and people can still be put off by the sound leakage. However, it’s not as leaky as an SR60, PortaPro or my HD 555, as there is still foam padding in the grill of the cans. If you want an isolating one, get an HD 228, a cheaper version with almost the same quality as the HD 238 Precision.

Now here comes the juicy part. Out of the box, the HD 238 sounds… wrong. Initially, I thought these were a defective or fake pair, but these really are the real deal judging from its looks and the box description. As an HD 555 owner, I immediately felt the HD 238 to be very narrow, bloated on the bass, and too sibilant. I got very disappointed in these cans.

However, burn-in saved the day. By leaving my pair playing music from my iPod and Fiio E5 for some hours, I felt a significant difference of sound quality from my initial testing. The treble harshness diminished a bit, the bass got tighter, and the midbass presence got more forward. After a few more days of playing tracks to the HD 238’s, I made a serious listening session to evaluate its sound quality.

The HD 238 shines in vocal tracks; the sound is warm, smooth, forward. Male and female vocals are equally well-detailed, in my own opinion. My first track was Earth, Wind and Fire’s Be Ever Wonderful, and Maurice White just sounds so good, so engaging. A quick switch to Faith Hill’s Breathe and her voice is very amazing as well. The presentation is indeed more forward to my laid-back HD 555, but the detail is still there. It’s amazing that the vocals are so full for something as portable as these cans.

Chants, a capellas, and choirs also do good in the HD 238. The Halo main theme composed by Martin O’Donnell is an example of this; the choir sounds so unified, but I can still somewhat hear the individual voices. Then there’s the Russian theme from Call of Duty 5: World at War where an even more powerful presentation pits listeners to a more ghastly experience. The sheer might of the voices is overwhelming, in a good way.

Although sometimes it becomes very sibilant, like in Stay the Night by 98 Degrees and These Dreams by Heart, where their s and t sounds are a bit too harsh for my ears. Such songs can be a bit fatiguing, but further burn-in (as well as a better rig) might solve this problem.

Instrumental music in the HD 238 is phenomenal as well. The placement of instruments is very believable, especially in classical music and others of this type. One test track I used is Jason Grave’s The Necromorphs Attack, from the video game Dead Space, and I was amazed at the immediacy and attack. Although the score is very aggressive in employing the strings, percussion and brasswind sections in such rapidity, the HD 238 handles them well and individual instruments are defined.

Next will be the goodness of COD 5’s Japanese Drum theme, where it’s all about the percussion, and boy it’s very enjoyable. The rhythm and pacing is just so perfect with these cans, better in defining bass and snares than even my HD 555’s. It really sounds like real people hit the drums with such precision, and not like electronic-generated beats.

Ballad and acoustic music is another of the 238’s strong points. Harem Scarem’s Something to Say and Rex Smith’s Simply Jessie are superb, and Mr. Big’s To Be with You and Air Supply’s All Out of Love do not disappoint. It’s safe to say the HD 238 favors the guitar more, as it details the slightest strums and plucks with ease.

Jazz music, surprisingly, is even better with these cans. The saxophone parts are just sublime, with accuracy and warmth soothing one’s soul. Kenny G tracks of course do well, and Walter Beasley’s Ready for Love and George Benson’s Living in High Definition being my favorites of this genre. To me, Jazz music is most immersive in the Precision.

In terms of instrument variety, the HD 238 is detailed enough to discern individual types, but honestly not on par with my HD 555’s. It’s not able to separate some as well as my bigger cans, but it’s all right because the experience is still satisfying. Take Earth, Wind and Fire’s Fantasy and Boogie Wonderland; I may not be able to pick up subtle rattles and chimes, but still it’s more dynamic than my neutral cans.

Simply put, the bass on the HD 238 Precision is incredibly deep and punchy; my 555’s don’t stand a chance. The bass is so deep that the drivers tend to produce unwanted distortion and ruin my musical enjoyment! Yes, at first the 238 experiences too much boom that other frequencies are canceled out due to the deep bass. An example would be Bring Me to Life by Evanescence, where the bass tends to distort Amy Lee’s vocals and even the guitar and drum parts.

How exactly deep is the HD 238’s bass? I tried some frequency tests, and surprisingly I can hear some rumble in my headphones in 5 hZ. Wow. I did a couple more tests from THX and Dolby, as well as many other bass-heavy tracks like Woofer Cooker by Tojo Bass Evolution and Phat Subwoofer Test 6 by Bass Test. The result was a very satisfying beat session, with bass generally being the focus of such tracks. There I have no issues of distortion (it’s all bass, obviously), and ironically after playing these tracks the drivers seem to get tighter and distortion in the normal songs has decreased substantially.

Being just portable headphones, the Precision has a narrower soundstage than my HD 555. It’s perfectly understandable as the 555’s are audiophile-grade. At least, the instruments and vocals became more forward while the details are still relatively there.

The problem with this though is the inability of the drivers to effectively separate the noisiest of songs, e.g. metal, rock, etc. It can make do with orchestral and instrumental tracks, but rock in general is its weakness in my opinion. Fall Out Boy’s Bang the Doldrums sounds a bit tinnier than in the HD 555, and Still Alive by Lisa Misovsky tends to compress in the chorus part. Distortion is strong in this genre, but unusually RnB and Electronica do not possess that problem.

But still, these kinds of music can be made enjoyable by lowering the volume. An increase of volume will indeed crowd the music more, adding more strain to the voice coil drivers. Using the Precision to an acceptable level will have no distortion whatsoever, so it’s recommended to put a limit to the HD 238’s output.

Overall, the HD 238 is a very good headphone. Don’t be put off by its flimsy construction, as it can actually take a beating and of course, its sound quality is what we all want here. It has many good points as well as shortcomings, but it still performs unexpectedly well for its size and price.