Despite my unbridled rage over the nonsense UI functionality, this player sounds fantastic. It is the first under $500 DAP that I’ve used that compares to the iBasso DX90 using Rockbox…and Rockbox sounds better than the stock Mango, un-modded OS of the DX90 and in my opinion even the Fiio X5. But, I’ve failed blind testing between them when comparisons were drawn between the Rockboxed DX90 and the L3. So, there is a hierarchy going on here and the L3 is undeniably my pick for the best overall clarity in a mid-fi DAP that isn’t modded. Both players are near identical in setup and feel, overall texture, clarity and dynamics across the board. It isn’t until I play DSD files that I know I am using the L3. With those higher res files, a noticeably higher purity level factor becomes evident and it bests the DX90 Rockbox modded sound by a step or two. Not much, but enough to hear it and to be able to call it superior when A/Bing a DSD file with it’s .Flac version.

I wasn’t the only one to fail blind testing, literally everyone else I let try it also failed. Is that a bad thing? No, not really. The Rockbox OS really pushes the limits of what the DX90 is capable of, which is already excellent quality. So, I am not surprised at all that the L3 sounds the same in clarity across the board as the DX90 Rockbox. On dead flat EQ via the DX90 and the Normal EQ setting on the L3…I achieved a 100% failure rating to be able to tell which DAP I’d been using. Peers at an audio meet helped me test it by plugging my K10 and R2Pro in and out of both models…we all failed to accurately list which DAP was being used at any given time. The L3 and the Rockboxed DX90 sound identical in quality and presentation, despite using completely different DAC’s inside.

Let’s be honest here, you are interested in this L3 mostly for it’s .DSD capabilities right? Well, it doesn’t disappoint in the slightest. I purchased a few albums from Michael Jackson that have been remastered in .DSD and let me tell you, swapping between the older Thriller . Flac version and the .DSD version really showcases the depth of field superiority in the .DSD version. To my ears, not much else changes, but I can’t shake the feeling that the Balanced output using a nice .DSD file just sounds heftier even when I’d tried to negotiate the proper volume between both output types. I’m not sure what that has to do with anything really, but each time I listen to a track via Balanced out with a .DSD file and then the same file in Flac, I come away feeling like the .Flac version is lacking something in density and physicality in the midrange and vocal experience. No, this player is not mid-forward, nor is it recessed. It seems exactly the same as the DX90 in terms of placement of mids. 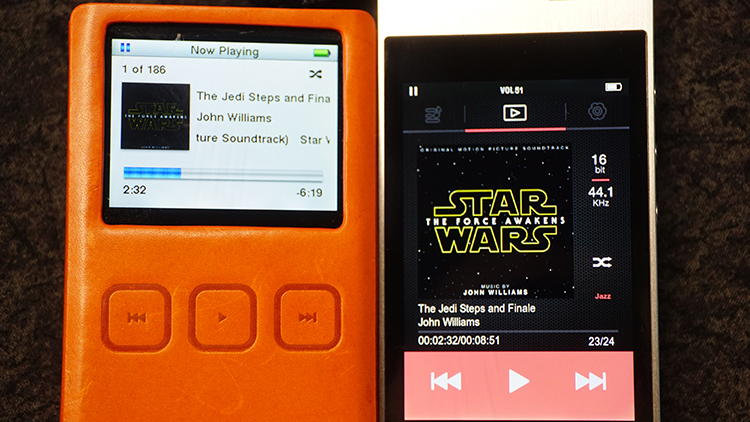 As for the Bass region, this DAP will never achieve anything special without a custom EQ option that actually works on a great Equalizing platform in the UI. Sadly, the L3 just won’t ever receive that, so if you are a bass head or own bassy headphones and want to retain excellent quantity, look elsewhere. I’m not even going to begin to shed any light on just how insanely awesome the Rockbox operating system is on the DX90…but it obliterates all the Fiio’s, the CalyX, the iBasso stock OS’s, Android, every Apple product ever and is in my opinion only bested in capabilities by Foobar2000’s seemingly bottomless expanse of free plug-in’s. This L3 is barren and desolate by comparison, so let’s just leave it at that.

Just like the mid experience, the low-end clarity is excellent and very clean, but it really lacks the depth and oomph most of us bass enthusiasts would want. My K10 customs from Noble Audio and my Flare Audio R2A sound isolated and boring with the L3, but my Flare Audio R2Pro (something more natural and clinical than it’s little brother) sings exceptionally well with the L3 using the .DSD tracks out there. True, you are not doing the R2Pro’s low-end justice with quantity, but you are doing it justice with clarity and purity.

As with most tonally clinical products in the audiophile world, Treble can become an issue. That raw, unyielding brightness and snap can get harsh at times and the L3 can really make or break the experience here due to its lack of a customize friendly EQ system. You are stuck with the presets and God’s honest…they are all garbage except the Jazz setting (subjective). If the track isn’t of a good quality, you are going to hear it and then some. However, again as with most clinical toned setups, the upper end can become a real delight when the track has the sufficient quality. Excellent recordings sound bloody brilliant and I am one of those who are sensitive to peaky upper ends, so know full well that the quality will show through, but depends fully on the track itself in some cases.

Sometimes, things are just too bright for me. In other situations, I feel like I need more treble. I’m always conflicted, again due to that lack of a customized EQ inside the L3. If it had one, I think it would be a much nicer experience most of the time for me, instead of being at either extreme end for the most part. Those excellent .DSD file albums from Tony and Lady Ga Ga sound lovely and sweet, so this player is capable of obtaining that sweetness and gentle bite up top to keep things sparkled, all without going overboard. But, switching to something else can get too wince-worthy and annoying so fast, that I often put the L3 away and reach for my DX90 for anything non-DSD in the file type. That Rockbox OS offers too nice of a customized sound for me to want to use the L3… 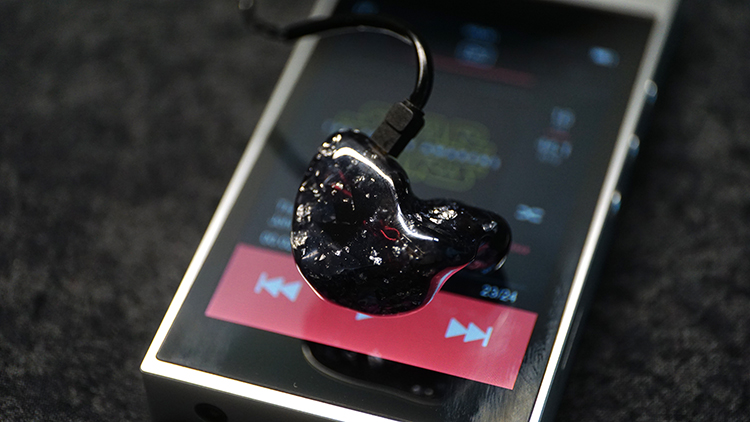 Oh man, come on! Not this again. The DAC has connection issues and I just can’t seem to get around it. It has no system memory recall, so when you set it to DAC mode and get it working, shut it off and come back later, it boots into default mode and you have to go back into Settings to select DAC mode. Here is the only way I can get the DAC to activate, I can’t just simply plug in and select DAC mode, that just doesn’t work:

1.) Turn L3 on, select DAC mode, plug in the cable. Nothing happens, PC won’t ever recognize it.

3.) Turn L3 back on, select DAC, plug in the cable. Awesome, now the DAC works. This happens 100% of the time and always works, it doesn’t work unless I perform these steps.

This L3 sounds great, but it just isn’t ready for release. It won’t be ready for release even after the next two firmware updates. Luxury and Precision were not interested in offering a product that was matured enough on release day to justify itself and it seems so rushed and lacking at the moment, that I can’t recommend it to most consumers. I’d only recommend this if you are cool with shelving it for a few months, maybe more, until they fix all the functionality issues. After that, it seems like it would be a great DAP with a higher score than what I am going to give it.

Side by side with the L5Pro, the L3 lacks density and heft and is much more prone to a hot treble experience depending on the track quality. That could actually be a wonderful thing for some buyers out there who want that transparency though. This player sounds IDENTICAL to the DX90, which baffles me to no end and boggles my brain. The DX90 uses 9018K2M DAC’s, the L3 uses CS4398 DAC’s…yet they ended up sounding so alike, that I and a few other peers could not help but feign shock and awe that we’d all failed blind testing between them. It wasn’t until we played DSD files that we could spot the clarity boost achieved with the better file quality in some DSD files.

So summed up, the L3 has the same quality of the now years old DX90 Rockbox modded version (which is free by the way and easy to install) but also has vastly inferior UI and even locked features?