So we often talk about comparisons of brands of headsets or specific units, but lets talk about the actual engineering and construction of headphones and how they work and what works for you and why?

Currently in the market we have 3 standards:

These categories base the headphones on the type of technology used to create their sound. The difference between the two types is in the transducer principle used; that is, how the headphones convert the electrical signal from a media player into sound waves that can be heard.

Dynamic headphones work just like two miniature speakers. The signal is transmitted through a connection to a standard jack. Once the electrical signal reaches the earphones, a magnet forces a voice coil to vibrate rapidly inside a diaphragm — a paper, fibrous or plastic cone-shaped object. The inner works are then lifted up and down much like a piston, often faster than the eye can see. This rapid vibration is what stirs the air and creates vibrations called sound waves which are then picked up by our eardrums. 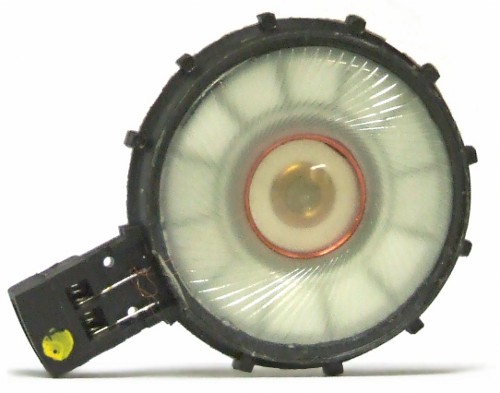 Dynamic headphones are by far the most common type used by the average music listener, musicians and professional studio mixers alike. The most popular manufacturers in the music industry all make dynamic headphones, including Sony, Beyer, Sennheiser, Grado and Audio-Technica. They can cost $8 or $800 US Dollars (USD) upwards and can be wired or wireless, open-air or closed-back, ear buds or studio-quality.

Orthodynamic headphones were very popular worldwide (if not so much in the US) in the 1970s. Several companies manufactured such headphones or the parts for them, and numerous others contracted with those Original Equipment Manufacturers (OEMs) to make parts or complete headphones for them to sell under their band names. Fostex and PMB OEM heaphones are by far the most common.

Isodynamic drive headphones have drivers with flexible plastic film diaphragms into which a flat voice coil (spiral or serpentine in shape– see photos below) is embedded or glued on for even distribution of the drive force. That is, the diaphragm is driven more or less equally over its entire surface at once, obviating the need to make the diaphragm rigid so that it can therefore be as lightweight and agile and nonresonant as possible. Isodynamic diaphragms are either lightly tensioned or corrugated to supply restoring force. 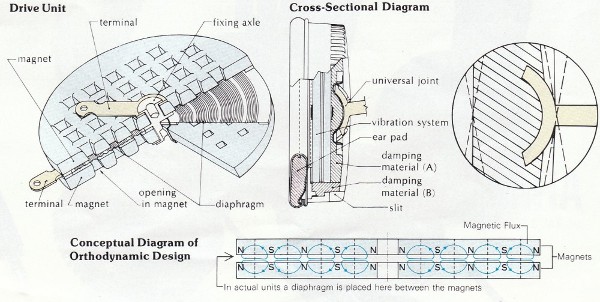 Isodynamic diaphragms are more massive than electrostatic diaphragms, but the equal-force drive principle allows them to move very quickly and in a coherent, uniform way, so provided there is sufficient mechanical damping, an isodynamic headphone gives excellent transient response and a sound quality not unlike that of an electrostatic

Electrostatic drivers consist of a thin, electrically charged diaphragm, typically a coated PET film membrane, suspended between two perforated metal plates (electrodes). The electrical sound signal is applied to the electrodes creating an electrical field; depending on the polarity of this field, the diaphragm is drawn towards one of the plates. Air is forced through the perforations; combined with a continuously changing electrical signal driving the membrane, a sound wave is generated. Electrostatic headphones are usually more expensive than moving-coil ones, and are comparatively uncommon. In addition, a special amplifier is required to amplify the signal to deflect the membrane, which often requires electrical potentials in the range of 100 to 1000 volts.

Electrostatic headphones are powered by anything from 100v to over 1kV, and are in proximity to a user’s head. The usual method of making this safe is to limit the possible fault current to a low and safe value with resistors.

So with this short introduction out of the way I have to say owning various of each there is no definitive camp to sit in and this a good thing in my mind. The old adage ‘horses for courses’ come to mind and whilst dynamic has the lion share of the market it really does not have the lion share of sq. For that stats and orthos can punch way above their market share weight. You just have to spend a bit more and this is where dynamics win with their lower cost to performance ratio.

Of course the choice is yours and there is a platform for whatever budget you have. The Fostex range can go as low as $100 or less for an ortho and the Baby Stax SR001 mk2 (now discontinued) could be had for around $350 but at the end of the market things get very competitive between the 3 standards. Its only when you decide to go north of $500 do you get real separation in terms of distinct platform qualities.

Note: Thanks to Wikipedia/media and Audio Junkies for some of the supplied technical data.