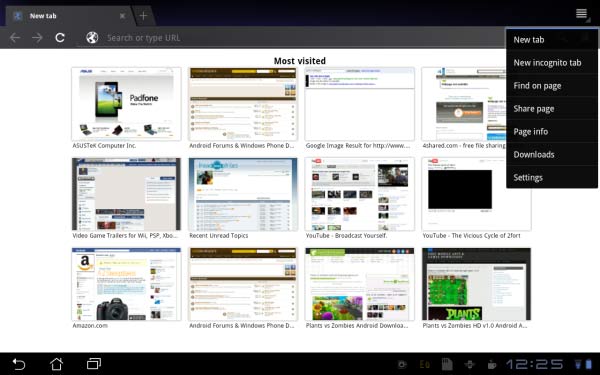 I'm telling you, it's not Chrome.

Look at the new browser. Doesn’t it look familiar… the tabs support, the unified URL address bar and search bar, the minimalist design? No, it’s not Chrome on Android, sorry to say – it is however built in the same webkit as its desktop counterpart. The Honeycomb Browser is as awesome as its bigger cousin, with quick tab access, the famous Opera-like speed dial front page, and ease of use. It is Flash-capable in all websites, even 720p Youtube videos right from the desktop version. Navigation is relatively easy, and renders webpages accurately – from Newgrounds’ Flash-heavy environment, to Gizmodo’s Gawker feeds interface.

The basic features are pretty standard for desktop browsers – clear cache, fill form data, text encoding are present. There’s an option to sync with your Chrome data, as well as User Agent strings to render webpages either in mobile or desktop forms. Flash plug-ins can be set either to off, on-demand, or always on – this is a great option for users to turn off Flash content in order to save on data and resources. Google Labs is also present in this browser, allowing you to try out experimental functions such as Google Instant or the innovative Quick Controls.

However, despite all of these excellent features, the Honeycomb’s browser still has a bit more to go. In terms of stability, the browser sometimes crashes in really resource-intensive sites; it might be the limitation of the OS or the hardware, but this issue should be fixed. Also, scrolling isn’t as smooth as I would like: it re-renders the webpage as it moves, playing catch-up with the speed of the scrolling. This results in seeing blocks of information being blank before being rendered as I navigate a site. But Google isn’t going to leave this browser as-is; future updates to Honeycomb will hopefully fix these issues and make this browser as solid as it can be.

Honeycomb’s version of Youtube is, in both form and function, beautiful. Users will be amazed to see the unique 3D carousel presentation of top trending Youtube videos, or those uploaded by users they subscribed to. Navigation is quick and easy by simply swiping through the hundreds of available video thumbnails, along with their descriptions and ratings. Pressing any Youtube video takes one to the tablet-optimized Youtube video interface. On the left side is a small windows of the video in question and ready for playback; tapping on the Expand button on the video’s bottom bar takes the viewer to fullscreen mode, with the app upscaling the resolution to HD or the highest available version. The right panel hosts a number of related and recommended videos; simply tap on one to be taken to the selected video. This view also has a tab for viewer responses, allowing someone to read comments, or even make one within the app by typing on the displayed text input bar. 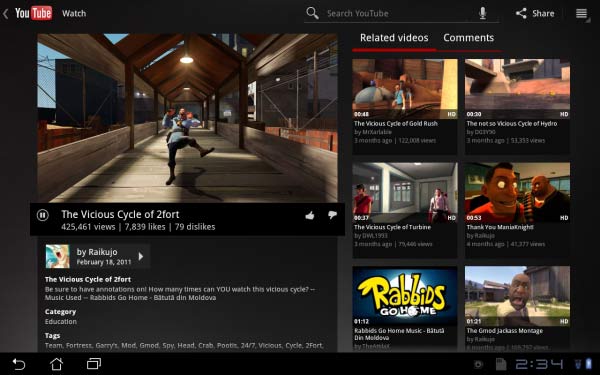 Individual videos are normally displayed in this format.

Overall performance of the Youtube app on the Transformer has been improved from 3.0 to 3.1 Honeycomb. On its initial version, the Transformer struggles to even playback 720p videos, and 1080p was simply unplayable. I thought this was a serious limitation of Honeycomb or the Tegra 2 processor, but the 3.1 update luckily has fixed this issue. Now, 720p videos almost always playback smoothly, while 1080p versions – while still laggy – are at least viewable in the smaller video screen but not always on fullscreen view. Overall, a great entertainment application that simply works for the most part.

Google’s standard music app is a massive overhaul over the previous versions’ rather bland and unintuitive interface. Accessing the New and Recent view presents users with a partial 3D carousel of album art, like a cross between its Youtube 360-degree carousel and the iOS horizontal Coverflow. This function is optimized for Tegra 2, so flicking through albums is smooth, fast and accurate. Other views include Artist, Album, Song and Playlist modes, and in every mode, the bottom control bar always displays the currently playing song – controls include play/pause, back/forward, a small album art of the song, as well as a thin navigation bar. I must say, the overall design is much more unified and modern, very minimalist that goes well with the Honeycomb Holo UI. 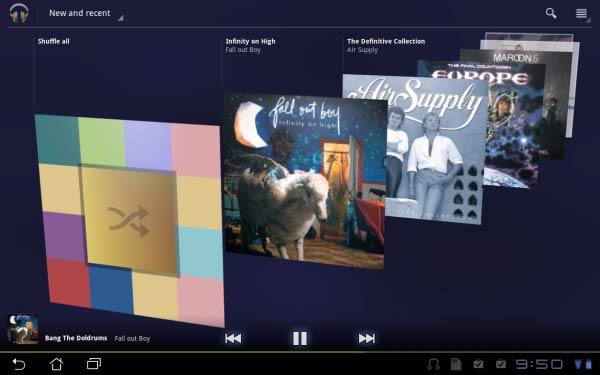 Google Music's interface is revamped all over. 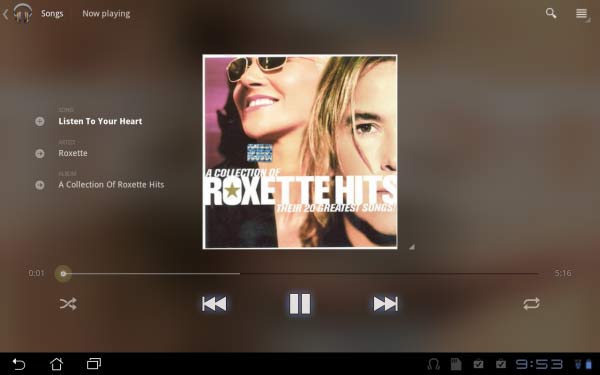 In terms of usability, the new Music app has a new slew of features. Now, users are able to do more with their collection; accessing a sub-menu in their chosen song grants them ability to make an instant remix (like the Genius Playlist) based on the song and shop for the artist’s songs/albums via the web browser. And via an app from Google Market, audio enthusiasts will be pleased to know that a functional equalizer is available integrated within the Music app after installation. Options include a 5-band parametric user-defined equalizer, headphone virtualization and reverb effect settings, as well as Bass Boost level and multiple EQ presets. Sound quality, while not as detailed or analytical as my Cowon S9, is more than sufficient enough on the Transformer and could act as my secondary source. Bass has impact, soundstage is wide, and instruments/voices are organic-sounding. 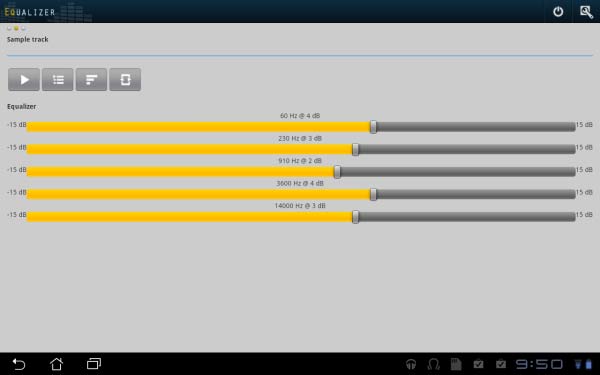 Some equalizer apps in the Market can be integrated into the Music app.

Google just released its Music Beta cloud service in the US, open to all beta testers who wish to avail of this offering. I was invited to partake in the beta (coincidentally getting the confirmation email hours after activating the Transformer) and decided to test it out. Basically, Google’s approach to a cloud music storage is similar to Amazon’s; users will have to organize and upload their music collection into Google’s servers, essentially becoming a media locker service. Once in the cloud, all stored music (up to 20,000 regardless of bitrate) will be instantly available for streaming across multiple devices linked to the same GMail account. In my case, I could sync my entire library across my Desire HD, the ASUS Transformer, my dad’s Atrix 4G and of course any desktop PC with a browser. 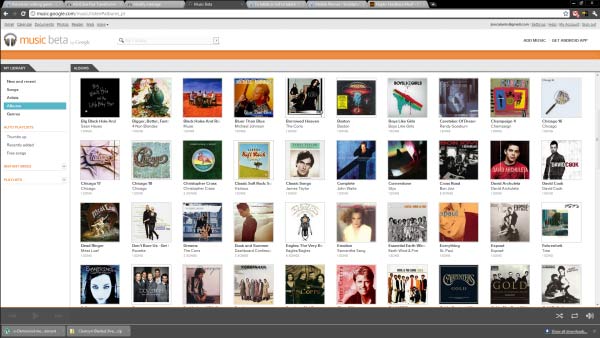 Streaming surprisingly works well with even my Desire HD’s rather spotty 4G HSPA coverage, and even more so with the Transformer connected to WiFi or tethered to my phone’s mobile hotspot. Songs buffer very quickly, that only at times do I get pauses to finish loading a song. While playback is going on, the Music app downloads and caches songs that are next in the queue so as to prevent constant buffering. And if I fancy a song and would like it to be permanently stored to my device, I could “pin” it for offline usage; the songs I selected would be downloaded and saved to the tablet or phone. So anywhere and anytime, Google Music gives me the flexibility to access the cloud or my internal storage to enjoy music.

Click on page 5 for Google Books on the Transformer