So the TMA-1 impressions are based on a 10-minute comparo blast in Digital Hub this evening with my HD25, iPod 4th gen Rockbox, and Rhianna in FLAC.

This also follows our 2020 readers voting scoring system which you can read up on here.

Asked the lady for the box, took a little time to get the thing opened, nice tight seal and the inside with the rubber foam cut out is a really nice touch over the rather Germanic HD25 plain white inside to the box.

TMA-1 has detachable piggy tail cord (possibly copper given the sq) and the HD25 steel flat cable we all know about. The build quality between the two I would give the edge in terms of vision to the tma-1, in terms of fine detail perhaps the hd25. I was looking hard at that glue finish to the inside rubber strap on the tma-1 but it seems kind of ok, easy to get off but not something that is going to just fall off unless it is a factory defect.

The tma-1 definitely has fewer parts and hinges than the hd25. I suspect this was the aim. To go for durability is always a DJ concern. Though at the cost of the usual perks DJ’s like, such as swivel cups. No biggy but means the cans are a consumer niche and not a pure DJ headphone.

Tested with leather pads, but also comes with foam, the seal is pretty tight, not HD25 tight, but plenty of room for adjustment and not likely to give you issues after a few hours of solid play. I would say though, like any leather pad, it will be prone to sweat. Didn’t get a chance to swap the pads. I would say the swivel headband of the HD25 tips the comparison to its favor though giving it a rock-solid fit for moving around.

Apologies as this is brief but I had to do a switch about in non-air-con conditions quick fire and only had 10 minutes tops.

First of all easy to state this: the tma-1 is warmer can than the hd25 and not as bright. I am not saying the trebles are rolled off, but the can is designed to emphasize the bass rather than the treble, that is what it is drawing to you on the first impression. Don’t confuse these with bose, monster, or any of those consumer muddy models. There is plenty of thought put into the presentation of the tma-1’s, but let’s be clear – the focus is on the bass

In comparison, the HD25 technically has the greater range and has a more accurate representation than the tma-1, but once again, and maybe this is just me, it sounded a tad pedestrian compared to the fun and musical tma-1. One other FACT – at the same volume the tma-1 was easier to drive than the hd25. The hd25 came in 1 to 2 db lower than the tma-1 on FLAC and had to be turned up a bit so the tma-1 can be driven without amps (though I would like to double up on that to see what amps can do)

The sound stage was a tad bigger on the tma-1 than the hd25 for me on initial impression with a bit more depth.

But I had fun with the tma-1 musically it is my kind of sq – tight but plenty of slam, warm colors, and very musical. Build quality overall is very good and there seems to be some room for modding the pads and cables. It does lose out in terms of portability with the lack of swivel and I am not sure yet on the durability of that leather/rubber inside band strip. The Hd25 does have a tighter fit on the head and superior headband configuration.

So if you want a fun HD25 look-a-like with more color and a warm smooth tone, but slightly less accurate, then the tma-1 may very well be a good choice 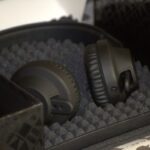 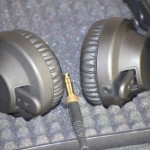 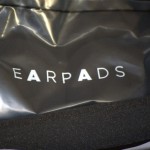