The Oriveti BASIC is a 16 ohm 108dB rated single dynamic driver IEM as such I would rate it as a medium efficiency IEM which should have no issues with voltage from weaker sources but at the same time will benefit from some decent amping and at the same time avoid noise issues from DAPs and most portable IEM amps.

Good smartphone DACs such as the AK4490EN ZTE Axon 7 had no issues with voltage for the BASIC with a very comfortable volume setting of 7-7.5/10 and naturally zero noise or background hiss. Interestingly I normally find this to be a smooth combination with most IEMs with a musical tonality but sometimes too polite and lacking in the same level of dynamics but not so much the case with the BASIC with plenty of low-end power and excellent clarity, especially with EDM.

For those DAPs that exhibit traces of noise with their analog amps such as the X1 2nd Gen and X5iii, the BASIC had no issues pairing with a very nice black background and no noise issues. The new “low low” dB setting of Cayin’s N3 DAP combined once again with the musicality of the AK4990EN chip is just perfect with the BASIC. You get a healthy full-bodied low end with great sub-bass rumble that doesn’t reek of overkill or too much warmth, unlike the Hidizs AP60 which overcooked that power dynamic driver low end a bit too much to the detriment of the rest of the presentation.

I also quite liked the BASIC/ALO Audio V5 pairing. Now understandably this is an odd pairing given the price disparity but anything that opens up the mids of the BASIC and infuses it with a bit of character and focus gets my vote. It also has the bonus of just dialing back the bass physicality so it becomes a slightly more tactile low-end presentation.

Vocals have a bit more space on the V5 and sound just that bit sweeter than on SS portable amps such as ALO’s RX. The RX will give me a killer low-end impact and a bigger stage but it lacks intimacy and that something the BASIC could do with a bit of work on.

If you are opting for amping on a budget I would avoid powerful solutions like the FiiO A5 which won’t give you much room to play with and go instead with the iBasso PB3 or the older E12a from FiiO for a more open mid-range performance and better gain control. 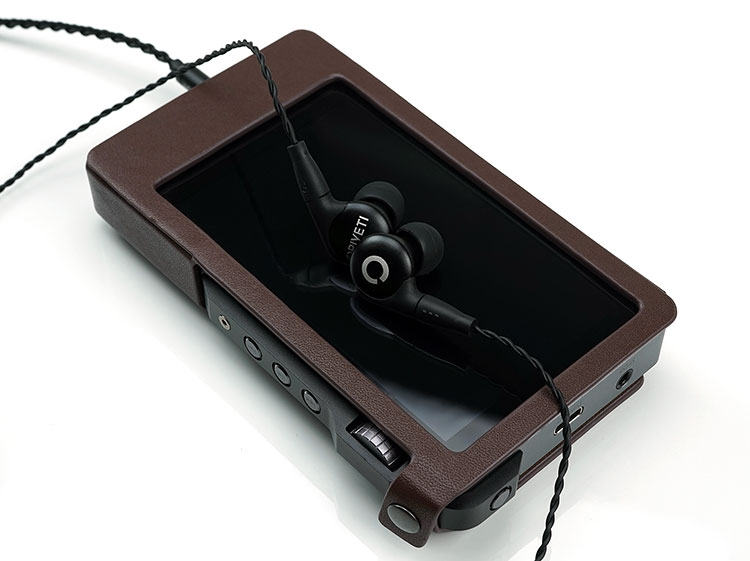 The Nebula One seems the obvious starting point for comparisons given its single dynamic driver, price point and its allusion to using titanium in its driver also. Rated specs are 100dB and also 16 ohms making it relatively comparable to the BASIC in terms of efficiency. Certainly in terms of voltage both sat at similar levels across a wide range of DAPs such as the Cayin N3 and FiiO X5iii and showed little if any issues with background hiss and general noise in the amp signal.

Mids on the BASIC and the Nebula one are neutral and behind the bass in terms of focus. I do prefer the BASIC mids a bit more though, sounding a little cleaner and more open sounding than the Nebula One which in turn sounded just a little more veiled and lacking in clarity. Vocals on both are not overly forward though the Nebula One has a slight edge over the BASIC with that little 2-3k dip on the BASIC causing higher pitched vocals to struggle a little for air.

Treble on both is relatively relaxed and non-fatiguing sounding though the Nebula One lower treble sounds more brittle than the smooth and natural sounding BASIC treble performance. I would say though the Nebula One has the slightly superior final octave extension than the BASIC which falls away a bit quicker but it is still relatively dark in its own right. Suffice to say both are not going to be treble head dream tickets.

This little woody budget gem is a single DD rated 32 ohms and 98dB.  On paper, the Zero is less efficient than the BASIC and that pretty much turns out to be the case on DAPs and smartphones for the two of them with the BASIC coming in consistently a little louder than the BASIC. However, both show excellent levels of noise control and would be classed as medium efficiency so DAPs and portable amps should be well within the range of both.

Tonally the Zero is warm and rich with the Basic coming in as dark and smooth. Both have elevated low ends however the BASIC has more sub-bass presence and power compared to the Zero which tends to focus a bit more towards mid-bass and upper bass giving it a touch more bloom than the BASIC bass signature. Both mids performances are more neutral in comparison to the elevated low-end and display decent body and a smooth presentation.

The Zero has a slightly richer and warmer tone to its mids though it suffers a little from the boosted upper bass bleeding into the lower mids and muddying the instrumental work a bit. The BASIC has the cleaner more open sounding mids but its focus is better on lower pitched vocals than the Zero which does better with slightly higher pitched vocal performances. Both have relatively laid back and relatively natural sounding treble responses with a fairly quick drop post 5-7k with perhaps the zero holding its energy 1-2k further up than the BASIC. 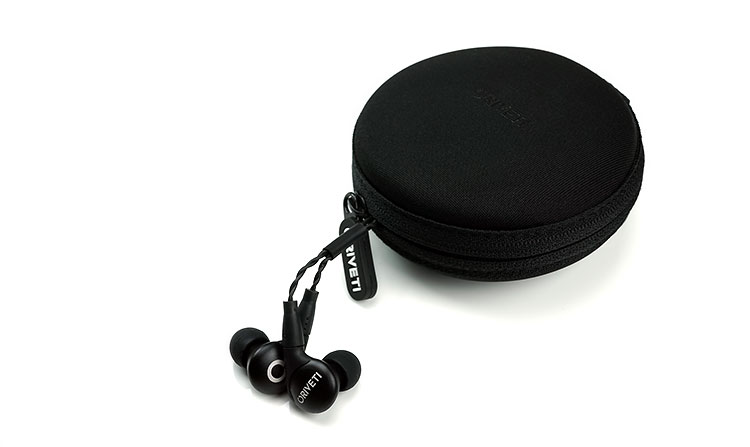 The CL740 is rated at a whopping 150ohms and 89dB so right away if you are not packing a resolving amp of decent power you will not get the best out of this IEM.  In fact so glaringly inefficient there is actually a warning sticker on the front of the box in case you might have missed the implications of such a spec. The silver label simply reads “For Use With Amplifiers”. As an example, on low gain with the Cayin N3, I could barely hear the CL750 compared to the BASIC which sat comfortable on 40 digital steps.

The good news is however that the CL750 is pretty much a noise free experience on almost all sources and amps I threw at it including FiiO’s X5ii, Cayin i5, the DX200, ALO Audio’s RX IEM amp, FiiO A5 and RHA’s own impressive Dacamp L1. Even ALO Audio’s powerful and sweet sounding V5 portable tube amp is noise free with excellent channel balance when hooked to the CL750.

By comparison, the BASIC is not as inefficient and requires much less voltage to get going than the CL750 but my assumption that it would show up a lot more noise than the CL750 did not pan out with showing great control on noise from the ALO Audio V5 portable tube amp. I would say the 108dB rating with a plus or minus 3dB is more to the minus than plus side.

Whilst both exhibit a boosted low end the BASIC is the darker smoother sounding of the two with better sub-bass presence and power and a thicker note, especially in the mids where the CL750 dips even more than the BASIC with a thinner note.

Timbre on the CL750 is brighter than the warmer natural sound of the BASIC but there is a great emphasis on detail and control with the CL750 with a very energetic vocal and treble response that really shows how rolled off the BASIC is in its final octave compared to the CL750.

Those looking for a forward energetic treble response with plenty of top end extension, clarity and detail will pick the CL750. Those who want a smoother, darker more forgiving signature with plenty of low-end power should gravitate to the BASIC. 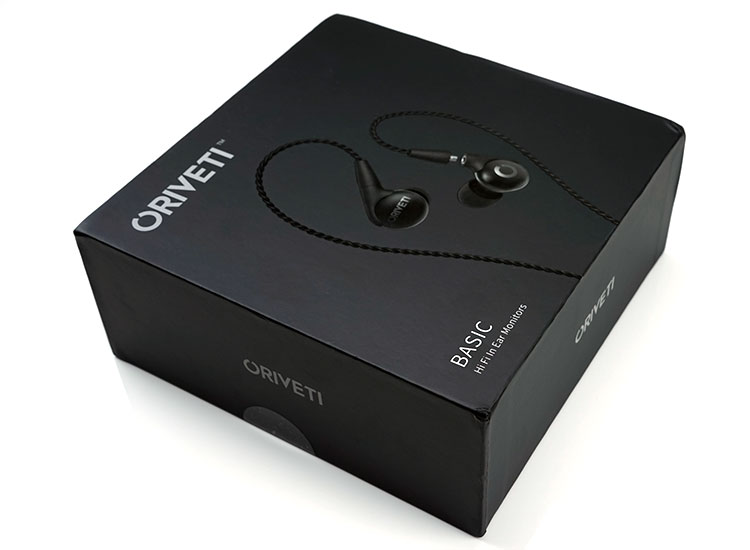 The Oriveti BASIC isn’t quite a Primacy Jnr but it sure looks like one. It is packaged to just the same standards and benefits from the same knowledge in terms of build quality and accompanying accessories. You get plenty for your money at this price point but tonally you get something a little different, especially now that the new Primacy is out with a balanced and cleaner presentation and a spanking new 8-core cable.

Tonally this is a bass-centric smooth but dark tonal presentation that competes very well indeed with similar priced IEMs and something which casual users should be able to pick up and go without any major complaints. It hits hard at its lowest point and dips just enough in the mids to keep it sounding open and spacious rather than tight and accurate.

This is great IEM for trance, EDM, and some power rock but it won’t have the detailed chops for classics and intricate works. Mind you I do not think that’s the point Oriveti is making with the BASIC. Do not think you are saving $200 by going for the BASIC over the Primacy. This is a different beast churning out a musical and fun sound for the discerning consumer rather than the enthusiastic audiophile.