There was always going to be a part 2 and part 3 and so forth with the FiiO X7 DAP given its modular amping system and generally long shelf life road map planned from the start. I was wary initially of the possible total cost of ownership of the X7 given Hifiman HM series amping modules are $150 upwards but thankfully the AM2 module is just $99. That is not to say future modules will be the same price but at least its not sky high and prohibitive which is normally not the FiiO way.

It is also pleasing that the AM2 module builds on the fundamentals learned from the DIY E12a phase and packs a highly credible MUSES02 opamp inside the AM2 rather than go with something less well known. These are decent performing opamps and FiiO fans that bought and used the E12a will certainly be familiar with the pedigree of the JRC opamps and what they can do. It also means this is the amp module of choice (of which there are two) for those wanting a more full blooded headphone experience.

AM1 is primarily an IEM module and as such it had its limitations with more demanding cans. True enough, AM3 and AM5, two even higher powered amp modules should really nail it for planar users and are yet to be released, so consider the AM2 as your module for mid-fi dynamic cans and easy to driver planars such as the HE400s or Oppo PM-3. It also has a distinctly different tonality to the AM1 and that could also be a crowd pleaser for those who wanted something a bit more musical than the neutral AM1 launch module.

For $99 I actually like how the AM2 retail package looks on the outside. Far superior to the awkward Hifiman packaging of their DAP modules as well as being pretty clear on what is inside the box. Personally I would have loved a specification run down on the back and for it to actually say intended for sue with the X7 only but otherwise no complaints. 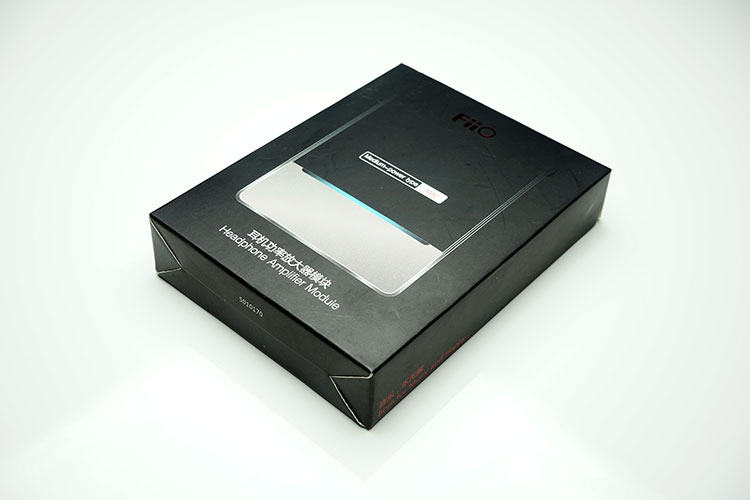 I did have a wry smile with the tin box the amp was actually packed in. It comes inside the printed cardboard external packaging and is free of any decals or branding. This tin box has been through the wars with FiiO. Originally it reared its head with the E11, then it made a comeback with the now discontinued but very useful HS-02 signal switcher and now the latest reincarnation as the packing tin for the AM2. Without doubt if ever there are death and taxes semantics for FiiO packaging it is this tin can. 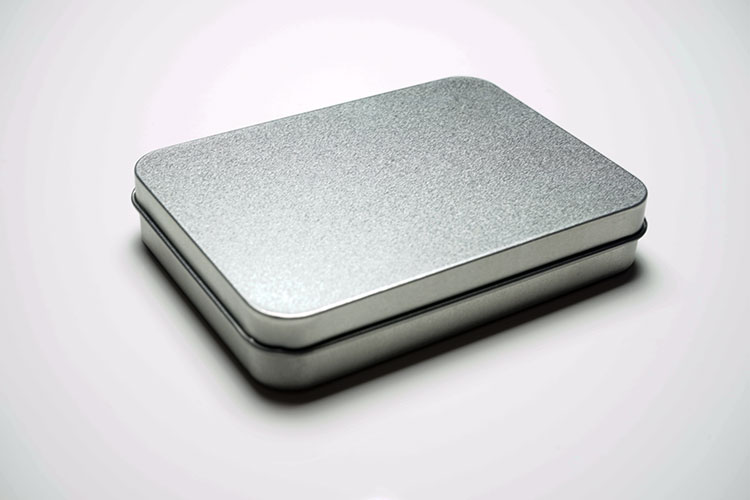 Inside the tin you are greeted with a little thank you cardboard sleeve box which contains a set of 5 decals specifically designed for the AM2 to match in with whatever decals (ST-X7) you are currently using on the X7 (for mine I have none, naked aluminum in silver does it for me). Aside from that you have a spare set of T5 screws, the warranty card and the AM2 itself in a foam cutaway. 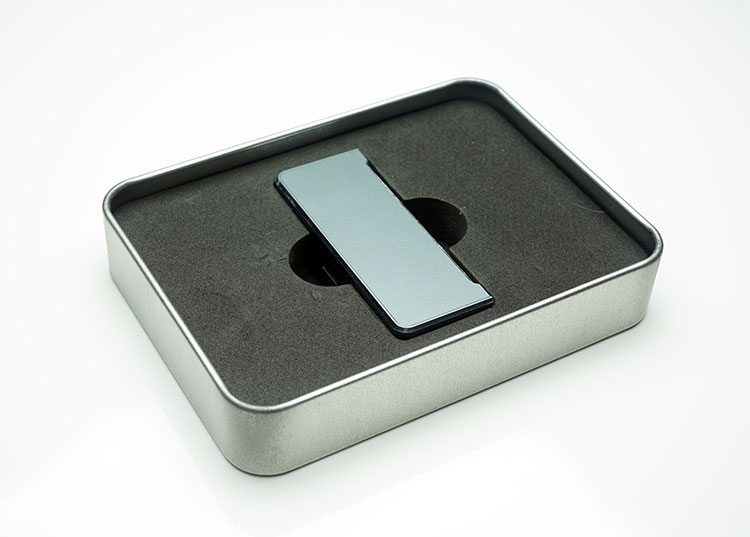 A Pop for the Case

First off I dig the new leather case from FiiO for the X7. The LC-X7A comes in my favorite brown color and made of good quality PU materials. It also fits snugly onto the X7 and all the gaps are in the right places. It does not look cheap. Which is just as well because the AM2 module, unlike the AM1 is not the same color as the main X7 body. This means it stands out a bit and does not give a uniform feel to the X7. If ever there is a need for the leather case then this is it.

Understandably FiiO are aware of the color changes and have stated as such before that the machining process may produce varying colors. Personally I think if they can produce the same aluminum color and materials used in the AM1 and keep the whole uniform feel for the X7 it would be a better fit. Otherwise use the leather case and the issue is rendered moot for the most part.

In all other aspects the build of the AM2 is the exact same as the AM1. The major difference of course is the opamp in use by the AM2 which is the JRC MUSES02 opamp and BUF634 buffer as opposed to the AM1 OPA1612 and AD8397 opamp and buffer. With the MUSES02 you can expect a much more colored sounding presentation than the airier and more neutral OPA1612 not to mention a greater power output from the AM2 at roughly 3 times the level of the AM1 into 32 ohms. There is a slight increase in resistance from less than 0.1 ohm in the AM1 to less than 0.5 ohms in the AM2 but then again this is to be expected given the AM1 is the “IEM” module. Voltage output on the AM2 is also 50% higher than the AM1 at 8.8v up from 5.2v. 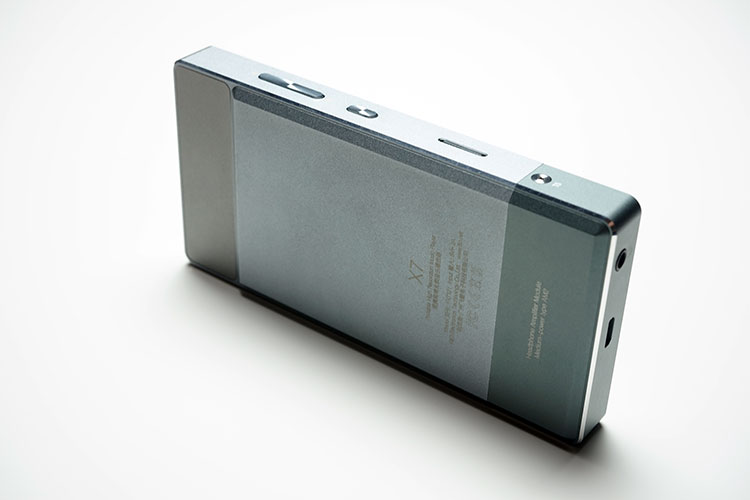 Swapping modules is dead easy and requires nothing more than the accompanying T5 screwdriver to unscrew the T5 screws on either side of the existing module on the X7 and slide off. One off you simply reattach the new module in the same manner and re-screw and you are good to go. Total time is around 30 seconds. You can also determine if your swap over is successful when you power up the X7 by noting the AM2 notification in the top left alert bar beside the volume indicator. This will change depending on which amp you use and the good news this can be a hot swap as in the X7 does not have to be turned off to swap modules.

Whilst containing no battery inside the AM2 does draw a little bit more from the stock X7 battery due to the increase in output power. Review testing over the last week with a mix fo FLAC and DSD pushed it down by an average of one hour less than the AM1 module. That is a pretty good performance given the AM2 has about 3 times the power capability of the AM1.

There are a few changes in the core AM2 tonality over the original AM1 module. Whilst I would not classify the AM2 as a rich full bodied change it does feel more weighted than the AM1, particularly in the low end with a more expansive and immediate presentation. Dynamics feel more evolved and distinct giving the AM2 a musical vibrant presentation compared to the polite and reserved AM1. As such, the AM2 is considerably less neutral and slightly more colored with better body than the AM1. It also has a good deal more snap making it a really good choice for harder to drive IEM’s and portable headphones. The AM2 feels like a natural choice for those who really want a more impactful bass response for certain genres like EDM and arena rock. 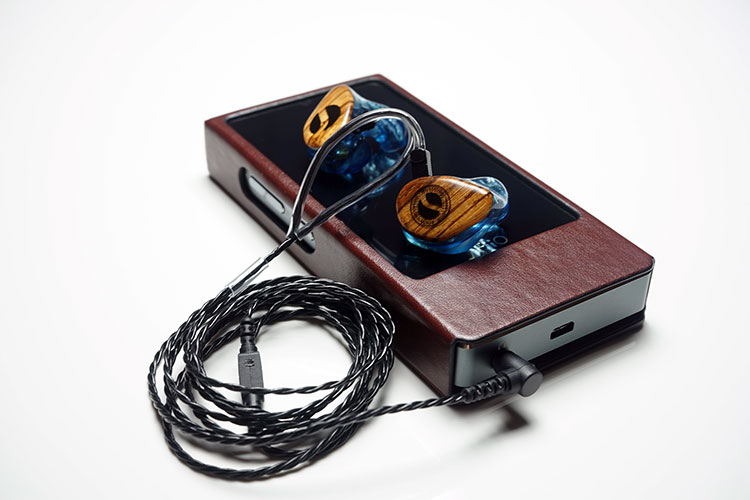 The AM2 on high gain had a naturally comfortable listening level about 5-10 steps below the AM1 depending on what you listened with. The Noble 4C on high gain put a marker down at around 59/60 with the AM1 and 53/57 with the AM2.

The difference in performance becomes a lot more noticeable once you throw on some more demanding headphones with the K812 sitting comfortably at 70 on high gain with the AM2 and the AM1 struggling a bit more even at 80 on high gain. The AM2 also sounds a lot fuller and more weighted with the AM2 with that more dynamic tonality reaching its potential more readily.

Efficient planars such as the Oppo PM-3 worked the volume a little bit less to sound good on the AM1, topping out at 80 on high gain and once again 10 steps lower at 70 on AM2. Tonally the PM-3/AM2 had the more musical presentation with a tighter fuller lower end but the AM1 was no slouch either so I could go with either depending on what genres and pace I wanted for a listening session.

On more demanding planars the pattern continued with the HE-560 taking its sweet spot in driveability at around 90 on the AM2 and 100-103 on the AM1. Tonally, once again, the AM2 felt the more vibrant and dynamic choice with a better low end performance than the politer AM2 which steered a far more neutral path.

Surprisingly I found the AM2 to be very competitive on certain higher powered IEM’s and for flat reference like neutral IEM’s like the 30 ohm Noble 4 Classic it was almost a perfect match. The Noble 4 is never the most musical of IEM’s but that added weight and texture from the AM2 suited it quite well. IEM’s such as the IE800 and the Harmony 8 with their higher ohm rating and greater power requirements also fared very well indeed with the AM2.

In fact, the longer I tested the AM2 with IEM’s I got the feeling that pitching this purely as a portable headphone amp module might be a bit narrow in scope. It does feel indeed to be more of a musical all-rounder to its neutral and flatter AM1 sibling. The power is there and most certainly if you are using easy to driver planars such as the PM-3 the AM2 comes into its own. However, to negate its capabilities as a good IEM module would be a bit of a crime in all honesty. It has the chops for quite a number of IEMs’ and whilst it is not as complete as the AM1 for the most sensitive of IEM’s such as the SE846 and Campfire Jupiter, I find the tonality of the AM2 to be that bit more enjoyable. 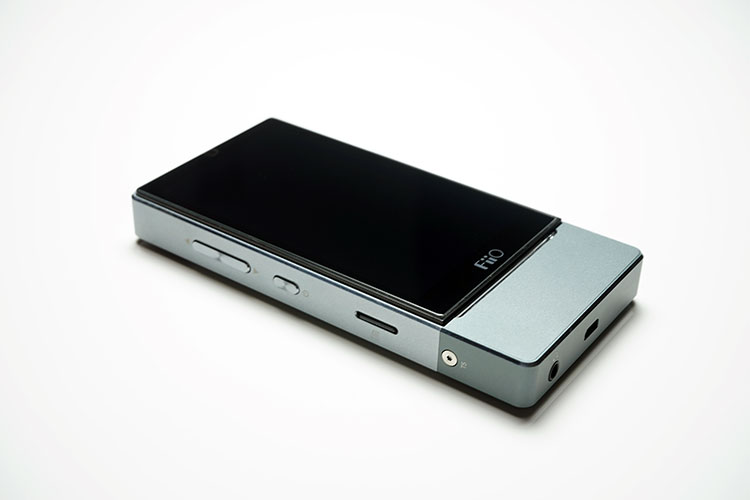 I kind of wish the AM2 was the first module to come out with the X7 rather than the AM1. I prefer the more dynamic and vibrant tonality and the added power without losing sight of IEM’s is an additional bonus. It also wets the appetite to see what a balanced and high power amp module can do also in the coming months. This was an important release by FiiO for the X7. I have been touting the X7 as the DAP of 2015, not just on what it was but also on what it could be. It could easily have fallen flat on its face in 2016 with a weak and expensive module line up lacking in commitment but thankfully the AM2 proves FiiO is on the right track.

What I would like to see if the FiiO X7 ship with the AM2 module as a stock option rather than just with the AM1. Correct me if I am wrong here but I have yet to see X7’s being sold with the AM2 out of the box. That does mean to enjoy the AM2 you have to buy the X7 with the AM1 meaning the cost of ownership just went up by $99 plus shipping. Its a bit too linear for me, perhaps an X7 with no modules at $599 and then pick the module you want to complete the package is the way forward in the future to get true value for money.

As it stands though the AM2 is my module of choice for the X7. It gives my X7 a bit more bite with both cans and IEM’s and makes it a more flexible amp module for day and daily use. Swapping is a breeze mind you but if I had to take one thus far it is the AM2.