I have this image in my mind of Dr. Fang Bian of Hifiman just sitting every Xmas pondering how to hit the market the following year or looking back and thinking what he could do a little bit better.

The last year was a really positive move with the more efficient and better constructed HE400i and HE560 outshining the Audeze equivalent EL8 in many ways and getting a lot of excellent feedback in the process. Claiming that planar mid-fi ground was no mean feat but there they sat almost unchallenged until the PM-2 from Oppo started lingering and bringing one thing I think Fang looked at with a sense of ‘what if?” – Efficiency.

I am pretty sure his ears were to the ground listening on this because the HE400S came out pretty quickly after Oppo’s efficiency king, the excellent performing PM-3. At $399 the PM-3 is the most efficient and one of the best sounding closed portable planars on the market today.

The HE400S takes advantage of many of the plus points of the new HE series physical design, but now we are told it is their most efficient open planar design yet and what’s more, it is going to be the best value planar on the market at $299. One open and one closed, both affordable, and I can tell you right now both sound very different to my ears but in a good way.

This time around Mike and I were lucky enough to get our hands on one unit each so comments of mine are in regular font and Mike’s are in italics with his mugshot – say hello to Mike :).

I would resist though calling the HE400S the budget model in the Hifiman range. That conjures up in my mind something just lesser; something the same as before but some stuff was thrown out. In reality the HE400S gives something very different and unique to the Hifiman range of sounds. Checking the newly designed Hifiman website suggests Hifiman do not see this as budget either placing it top of their “Premium range” (likely the new Edition S will slot in just behind it whenever it is launched). When the Oppo PM-3 came out the word budget didn’t even come into the equation and the same rings true for the HE400S right down to the package and presentation. 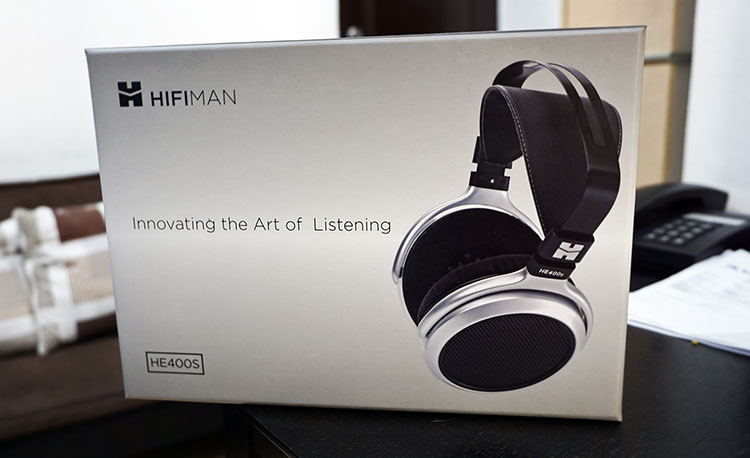 I believe this is the first time I have seen a retail shelf eye-grabbing design of a box from Hifiman since they started rolling out headphones all those years back. It has been coming though. The HE400i and HE560 packaging was a big step up from the old HE400 series but the HE400S packaging is exactly how I would expect a big multi to roll out a mid-tier headphone in terms of look and feel. For a boutique firm that is a solid compliment. Yeah I know it’s not something a lot of people will dwell on but if you have been buying Hifiman products since the start you will know what I mean. Modern looking, less fiddly and without breaking the R&D bank.

Inside you get the usual little Hifiman headphone manual, warranty card and a shallow foam protector that lays over the top of the headphones themselves. The headphones are neatly packed into a foam/cardboard cutout which is not quite as luxurious looking as the HE560 box but it is well designed and does the job of keeping everything in place.

Thankfully, Dr. Bian has listened to our prayers of inclusion of a nice, fabric laced cable: something sleek and sexy, well built and tough but also something functional that never gets in the way. Gone are the days of an odd, twisting nightmare of a connector lead into the headphone. Headaches are a thing of the past, Hifiman has opted for a simple 3.5mm dual entry for their new HE400S and I couldn’t be happier. I can now use some of the nicer custom cables without a problem, thanks to the gently recessed cable inputs on the underside of each cup (squinting in frustration at you right now, Audeze and Sennheiser) that do not interfere with cable adapters that may be on the pudgy side and that restrict access to the port.

The cable is short at around 3.5ft and is of a portable length that I consider proper for inclusion in all headphones: get a damn extension cable if you require extra length, instead of forcing those who don’t need it to rip their hair out in anger over the needless slack, or even forcing portaphiles like me (those with high-end portable rigs) to consider retirement due to lugging around an extra 9 feet of cable for no reason. Thank you, Hifiman, for giving us a great, portable length cable with this HE400S. It is perfect and I can’t ask for better. 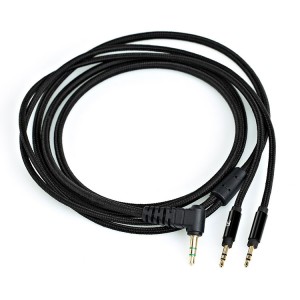 At the time of writing also Hifiman will be phasing in a new cable with some aesthetic changes:

The HE400S is also undergoing a running change from an all-black braided fabric cable to one that is black and white. We feel this will nicely complement the silver ear cups on headphone. There is no performance or specification change. As with the plug-in connectors, this change will be phased in so you may receive a 400S headphones with either cable.

If you remember a few years back Hifiman launched the HE300, their one and only attempt at a dynamic headphone also at $299. It was also in silver, the same as the HE400S. When the HE400S first came out I was emailing Hifiman asking is it dynamic again? Does S mean silver? Well no, the S meant sensitivity and that is what this headphone is all about quite apart from evoking the old HE300 color tones.

The HE400S is now sporting the new build and design we first encountered on the HE400i and the HE560. As far as I can detect both the quality of build and materials used are the exact same as the more expensive units in the range so kudos to Hifiman for not taking any shortcuts in the build quality of the HE400S. Remember I did say do not think of this as a budget version planar. Once again you have the classic look and feel to the cups of a Hifiman headphone and once again you have the brand new headband adjuster and inner headband leather strap for pressure balance.

Color wise the HE400S is two tone silver and black, with the silver on the cups and gimbals and black for the pads and headband. It’s not quite as eye catching as the HE400i’s smoky chrome finish that does a very nice color shifting shimmer in good lighting but it is clean and tidy and thankfully blemish free. 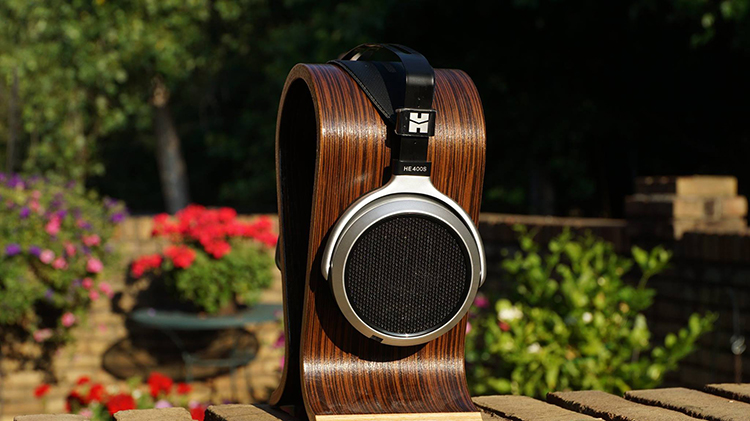 Yes it has gone down even further than the HE400i and the HE-560 measuring in at just 350g by reducing the amount of magnets used in the driver design. That’s 20-25g less than those previously mentioned headphones. The PM-3 still takes the trophy as the lightest planar on the market at just 320g but you have to remember that the PM-3 is much smaller and on-ear whereas the HE400S is still a full size over the ear headphone. That pretty much makes the HE400S the lightest full size planar by my book thus far.

Given the materials used to create planar cans I am not entirely sure you can get much lighter unless you do what Oppo has done and that is to make it a smaller headphone or reduce the magnet count even further which really doesn’t make a whole lot of sense sound quality wise. By way of comparison dynamic cans such as the HD600 and HD650 are relatively lighter at 250g and 260g respectively but the HD800 is much closer at 330g. I do not see anyone remark on the weight of the HD800 and I cannot see anyone remark that the HE400S is a “heavy” headphone either.

This is the first time I have had a velour Hifiman headphone since the original pads came out on the HE-6. I converted to leather and the Focus pads a while ago, just a preference in terms of sound and performance rather than comfort. Comfort wise the contoured pads of the new HE400S are very comfortable, very light and in my tropical climes far more adaptable in terms of dissipating sweat from long listening sessions. They are also a considerable step up in fit and finish over the original velour pads of the gen 1 HE series.

However they are also more porous than the leather versions and even the Focus Pads (regular and A version), which represented a bit of a halfway house between the sound signature of velour and leather. I am expecting a more spacious neutral sound with these stock velour pads and less of a hard hitting cooler sound I can get with the leather versions which leak far less. The good news is you can indeed change the pads to Focus or even the old leather ones they rolled out with the initial HE series so you can pick your pad so to speak to meet your needs.