The surge in portable listening in the past decade has encouraged manufacturers to work around the clock to refine more premium concepts in more affordable packages. The latest of such trends has been to incorporate electro-magnetic drivers in entry-level offerings to truly differentiate headphones and attract buyers. Some cynics may argue that electro-magnetic drivers are nothing more than a marketing buzzword. However, time and time again, these drivers have proven their worth for their ability to reproduce superior transient responses, lower levels of distortion and a very true-to-life sound. Therefore, it makes sense that companies such as Fostex, who have already utilised this type of driver to their advantage, would capitalise on the very same success that has propelled their name within audiophile circles. This success being their original T50RP driver which has spawned independent mod brands such as now-renowned MrSpeakers and more inconspicuous ones like Smeggy’s and Mayflower Electronics.

It is evident that these drivers were seen for their great deal of potential and unfortunately for Fostex, did not seem to work in their original T50RP headphones due to its poor enclosure and general implementation. However, Fostex have fast caught on to this and have undertaken a mission to better their prior endeavours and create a premium headphone worthy of its contemporaries. Enter, the Fostex TH500RP– a $699 open back headphone equipped with “Regular Phase” drivers in an all-metal magnesium and aluminium housing.

The TH500RP headphones come in a very premium packaging that would not look out of place for an even higher tier Fostex model. Right from the outset, the outside box has a high gloss reflective finish which demonstrates the headphone’s soft ear-cups and open back design. As we delve deeper inside, the outside box is replaced for a sturdier matt-black box which houses the actual TH500RP headphones.

Included as part of the accessory items is an instruction manual in Japanese accompanied by a leather carrying pouch. I would have much rather preferred there to be a hard-shell carrying case for the purposes of portable use though with that said, this headphone is not really designed for outdoor use due its open-back design.

At the top of the headphone, the TH500RP boasts a thick leather headband which strongly connects with the ear cups and associated housings through a clever adjusting mechanism. This mechanism requires some level of force before clicking into place and is my preferred choice over HiFiMAN’s latest headband adjuster.

The entire housing is comprised of high strength aluminium and magnesium which has been anodized and not simply coated on. The thick ear pads on the other hand, are made of pleather – a very soft material that has superior levels of comfort and malleability. The thickness serves a dual purpose; it aids comfortability and also optimises the distance between the ear of the listener and the diaphragm of the driver. 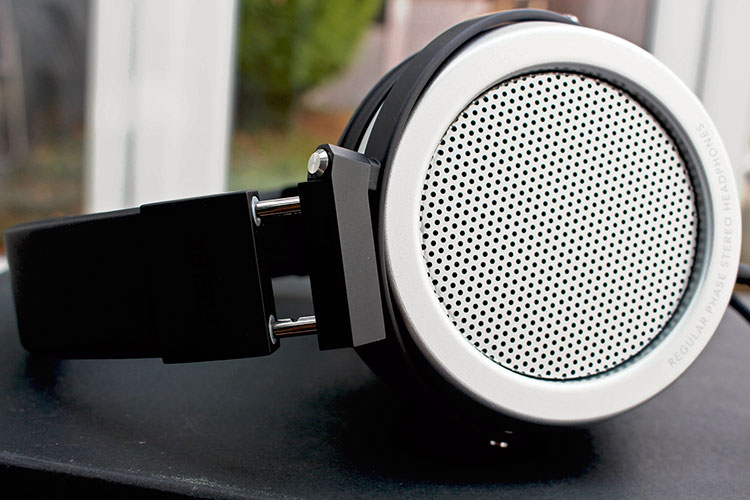 Even though the headphone weighs a total of 380 grams, the weight distribution is so good that it feels much lighter. In fact, it is one of only a few planar headphones that offers this level of comfort at its price range. Subsequently, this headphone can serve as a companion for long listening sessions without feeling an unnecessary amount of weight on the head like that experienced with the Audeze LCD-3s. Clamping force is just about right and manages to perfect the balance between tight and loose. One suggestion though, would be to widen the ear pads in both height and width to allow more room for the ears as it does verge on the shorter side. 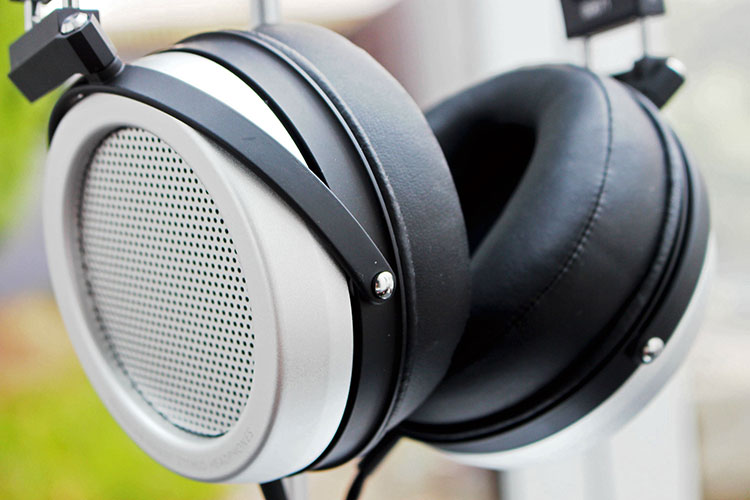 Fostex have taken cues from their TH600/900 series with regards to the build and design of the TH500RP. Though not necessarily original, the concept pays off with an incredibly well built and conservative design that you cannot really fault. The cable, however, is a bit too long for personal use and the fact that it is not detachable is surprising at this price category. However, it is very durable and features a strong 6.5mm gold-plated straight jack which can be converted to a 3.5mm one via an independent adapter.

The Fostex TH500RP has all the good low-frequency traits of a planar magnetic headphone; tight, refined and responsive. It can best be characterised as having a flat response with no mid-range boost that many dynamic headphones seem to be promoting nowadays. Hence, it is level and does not overshadow the rest of the frequency spectrum. In comparison to the recently released HiFiMAN HE-400S planar headphone, the TH500RP produces more viscerally weighted bass that extends deeper into the lower frequency ranges. In MAX & Mike Tompkins’ cover of “Uptown Funk”, the low-end spectrum is represented with incredible articulacy and depth that never feels obtrusive or bloated. While there is good resolve and fullness surrounding the bass, the TH500RP does lack absolute levels of bass slam and impact. This may be good news for those who are easily fatigued by thunderous bass notes but indeed a miss for those wishing for powerful reproduction of lows in their music. I do suspect though, that this is more to do with the nature of electro-dynamics rather than an inherent flaw of the headphones itself; dynamic drivers, for example, are much more capable of pushing air flow through than their planar counterparts. Nevertheless, I am still happy at the outcome of the bass which holds a good balance between articulacy and depth.

The midrange is an effective extension of the TH500RP’s bass retaining that same rich visceral tone that is particularly unique to this headphone. Never have I heard tracks as being this thick, lush, musical and compelling before; a sign of a very well-tuned midrange. Next to the TH500RPs, the HiFiMAN HE-400S appears leaner and airier despite possessing a full-bodied sound on its own accord. Both of these headphones render a moderately detailed sound and demonstrate the natural tonality that electro-dynamics have come to be known for. The tonality is invitingly smooth and there is absolutely no signs of fatigue which make the TH500RP vocal-proud and a headphone that can literally be listened to for hours on end. In Rebecca Ferguson’s “Lady Sings the Blues”, vocals are intoxicatingly dense and remarkably engaging in this jazzy number. It is mid-focused tracks such as these which the TH500RP truly excels in for its ability to portray a full and rich sound; albeit, at the expense of some airiness.

Compared to the bass and midrange, treble performance is not as great as it could be. I would have much liked there to have been more extension and sparkle to uplift treble-tilted tracks. While by no means treble-anaemic, there is an apparent roll-off where the very high frequencies are concerned. Both the Sennheiser HD598 and HE-400S therefore eclipse the TH500RP in treble performance offering more height and air in this part of the frequency range. The only benefit of this type of tuning is the obvious reduced levels of fatigue that can normally be experienced from a brighter headphone model. 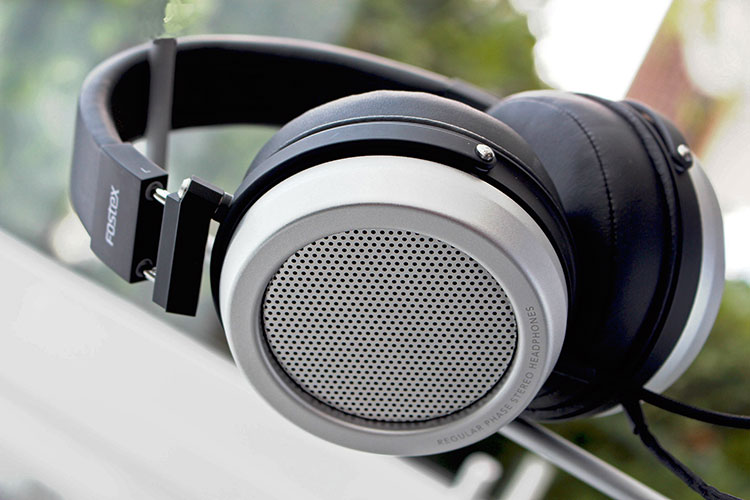 The Fostex TH500RP comes in at impedance of 48 Ω with a sensitivity of 93 dB/mW. This means that this headphone requires a good amp to be driven to sufficient hearing volumes.

The TH500RP can easily be driven by the Cloud Nine on the medium gain setting with plenty of volume to be spared. This is because the Cloud Nine is a powerful portable amp built with the intentions of driving higher impedance headphones. From a sound perspective, the TH500RP has great synergy with this amp expressing lush and smooth tones in an expansive and wide soundstage. There is some softening in the upper midrange and treble, although this does aid in the delivery of musicality. All in all, the Cloud Nine synergises extremely well with the TH500RP by advocating a richer and more full-bodied sound that demonstrates the TH500RP’s viscous tonality.

Driving the TH500RP out of the new Fiio Q1 DAC/Amp, there is a subtle but discernible change in sound compared to when driven out of the Cloud Nine. One of these changes is that the sound is more detailed with more of a presence in the upper midrange to treble frequencies. The sound is still faithful to the TH500RP signature though, with its emphasis on richness and depth.

Given a choice, I would choose the Cloud Nine Amp to pair with the TH500RP simply because of the great synergy and musicality that these products share.

The soundstage of the TH500RP is a curious one; while it doesn’t have the greatest projections of sound in all dimensions it is notably enveloping with a decent coverage. With that said however, the recessed treble discourages the sonic presentation to be as tall as it is wide and thus there is not a true 3-dimensional representation of sound. Vocals are relatively more intimate compared to the HE-400S but do not sound congested or have an in the head feel. Instead, there is a decent staging of sound which many people will find comforting.

One thing I have noticed with this headphone is that it’s sheer rich and dense tones compromise some levels of separation when put up against other high-end headphones. Instrument separation, for example, does not perform at the level of a Sennheiser HD600 or even the HE-400S for that matter. Tracks do not feel any worse because of this but with regards to other purchases, there are better options. For all intents and purposes, the layering is still better than average but just not at the level of other similarly-priced competitors. 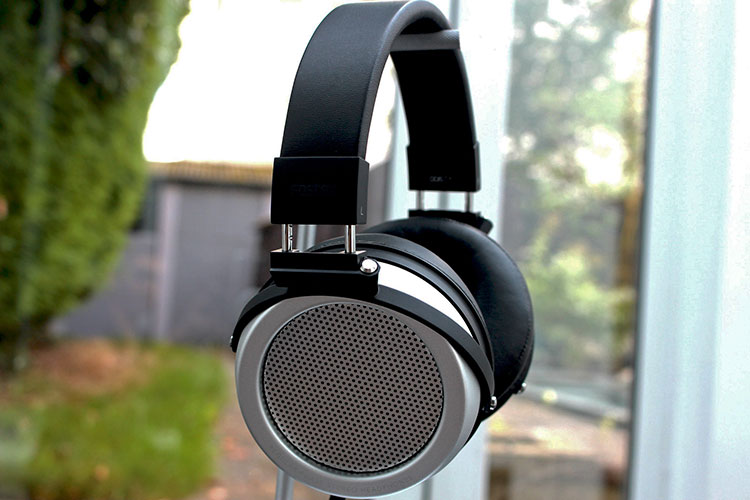 Overall then, Fostex’s TH500RP is a valiant effort from the audio giant to deliver a product to compete amongst the mid-fi arena of consumer headphones. Where it flourishes in is vocals and I can imagine that anyone who has a sheer taste for mid-centricity would immediately love the thick and rich vocals that this headphone exudes. Having said that, the bass is another delight with its deep and rich tonality though I suspect the lack of impact may throw some die-hard bassheads completely off the product. Nevertheless, the build quality of the TH500RP is fantastic and something which Fostex have continuously got right over their recent decades. You can tell that this product is made to last and if your budget wanders around the $700 mark, then these would certainly be worth an audition.