The T20 is a more aggressive warm to slightly neutral tonality than the T10i. It also has a more prominent upper mid-range and treble performance. Everything is a touch more forward with plenty of sparkle and energy especially around the 2-5k range. The bass still has a strong bias but this time it’s not a hugely colored experience like the T10i. I still rate the T20 as a musical IEM built for modern musical genres but this time everything just feels more controlled and tighter making it a far more flexible than the T10i.

Bass, whilst still an aggressive force on the T20, is now much tighter and better defined than the T10i though slightly leaner. The T10i went for just a huge dollop of bass that had decent pace and great slam and depth but lacks the clarity and texture of the T20. The T20 just has a bit more energy and speed in its low end response to make it a more engaging experience. The bass on the T20 feels far less exaggerated and a little bit more accurate than the T10i which actually sounded somewhat loose after side by side comparisons.

The T20 midrange is a whole different ball game now to the T10i. This time it has more of an edge, especially in the upper midrange vocal presence. The T20’s vocal presence now is more forward, open and far more engaging. I would draw the line to say the T20 is a mid-centric earphone in its own right. It does sport a u shape overall and there is a slow dip from the bass from around 300hz into the lower mids that lacks a tiny bit of bite. That dip continues until around 1k and rises around 1-3k making the vocal range stand out that little bit more alongside the bass. However it doesn’t continue to rise as you transition further into the upper range instead preferring to gently level off beyond 5k with some minor ups and downs.

There is far less tapering in the treble performance and a greater sense of space in the T20. The extension is a very welcome addition to the T20 over the T10i. It adds a very satisfying level of articulation and sparkle. I really didn’t get the feeling there was any uneven peaking especially in the lower treble performance. That levelling off at 5k with only a few minor bumps up to 10k meant the T20 has a nice consistent level of clarity and energy but never sounded overly sharp or hot. Certainly it is a very different experience to the laid back treble performance of the T10i even with the treble filter thrown in. 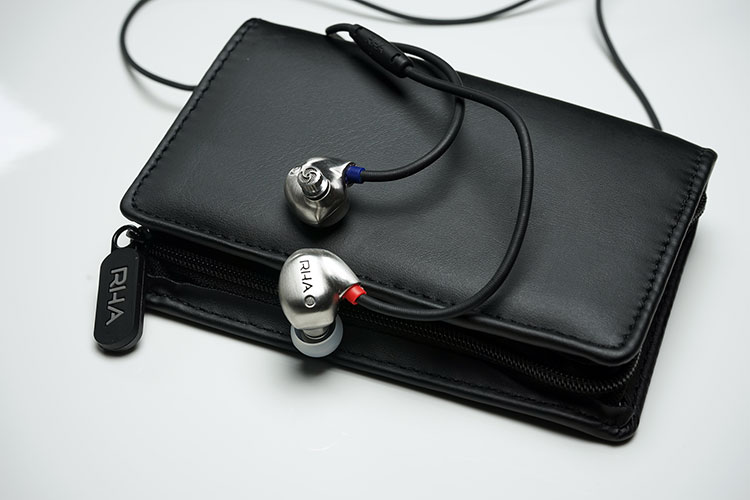 The bass filter does exactly what is says on the tin. The T20 bass goes up quite a few notches but unlike the T10 tuned with the bass filter which was quite wild and distracting to the point of, well, pointless, this time I actually quite enjoyed the bass filter with the T20. Yes it turns it into a bass head IEM but this time the treble stays reasonably clear and strong and the signature takes on a more v shape type response curve which is ideal for EDM. It slams hard but definition is still tight, the snap is still there and there is very little bloating.

Personally I would not have called this filter the treble filter when matched with the T20. Perhaps the neutral or flat filter and certainly more ‘reference’ than the reference filter. Rather than emphasize the treble for me it tones down the bass and fullness of the sound overall so you get a much more even response but one which lacks a little musicality compared to the reference and bass filter. It won’t work with EDM this time and its far less v shaped than the bass filter.

I wouldn’t call it analytical either but it is a more linear tuning I would tend to use for testing and reviewing than the other two. As such I consider this one as my personal ‘reference filter’ but I can well understand why others would choose the labelled reference filter as their tuning of choice given its good balance between fun and accuracy.

Am I reading this right? 16ohms at 90db? That’s a very interesting sensitivity rating for an IEM with even the Hifiman HE400i chiming in at 93db and a 12db drop from the original T10’s rating of 102db.

I would hazard a guess and state that the dual coil technology just needs that little bit of extra juice to get both coils working at optimal levels compared to the older single coil T10 or any single coil dynamic out in the market today.

Yet in reality the T20 sounds louder at similar levels to the T10 despite those ratings on paper suggesting otherwise. I am getting far better responses from the T20 right across all my DAPs at the same volume level settings I used for the T10. For the DX90, 195 is plenty fine but 200 is where the T10 starts kicking in. On the Gen FiiO X5 the T20 sounds optimal at 60 on its digital volume compared to the T10i starting to flex its muscles almost 10 steps higher at 68-70. That’s testimony to this new driver I guess and something I didn’t expect just by reading the stats. It really makes the older T10i driver seem the more inefficient one by far. 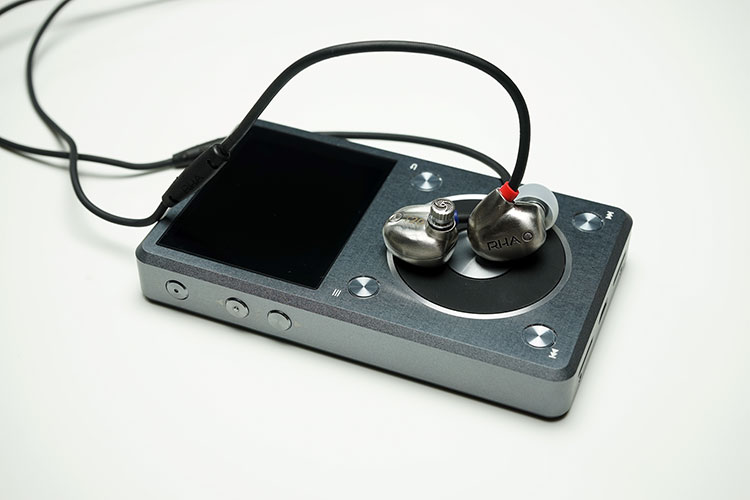 The T20 is a more flexible IEM for pairing with DAPs over the older T10i especially now with the filters having a more desirable switch up on the signatures than before. You do not need to find a neutral source this time to get the most out of the T20’s response. Something like the DX90 or the Cayin N6 will pair very well indeed with the DX90 sounding excellent with the reference and treble filter and the Cayin N6’s very detailed and transparent signature working well with the bass filter. The bass dynamics of the DX90 is never my favorite signature where there is already an enhanced bass response. I prefer to keep things as even as possible. The Lotoo Paw Golds warmish yet highly resolving profile matched incredibly well with the T20’s treble filter also providing a slightly better level of separation and soundstage than some of the other DAP’s mentioned.

Its perhaps unfair to throw a $1200 portable amp in the mix strapped to a $2000 DAP but the Paw Gold/Bakoon HPA-01M pairing with the T20 is completely off the charts compared to jacking it straight from a DAP, regardless of filter. The T20 still requires a bit more juice than most so if you are considering a pairing I would recommend you do trying amping to get optimal levels. With the Bakoon you get far greater dynamics, a much better soundstage and fuller more engaging sound overall. The draw backs though is the awful low level channel imbalance on the Bakoon so for those who like it quiet best save the money and go for a high performing IEM amp.

I didn’t quite have the same low levels of background noise using the T20 on the Theorem 720 as I had with the T10 sadly. It’s relatively minor on the low gain but very noticeable on mid and high gain. Just like the Bakoon I can’t reach a zero noise level also on the pot with audio still noticeable even at zero and I have slightly less play on the volume pot than I had with the T10i. That being said once you hit 8-9am on the Theorem 720 the audio quality when paired with an iPod classic and the T20 is excellent. Not quite the same as the Bakoon in terms of dynamics but the micro detail and clarity is just excellent and the detail on the vocal presence is outstanding for an IEM at this price level.

Like ying and yang you can’t talk about one amp with referencing the other. The RX is big on dynamics, speed and neutrality whereas the Picollo is the smoother, bass weighted intimate analog amp. If you’re planning to stick with the reference filter either amp will be just fine with very easy pot control on both but tonally I gave a slight edge to the Picollo. Even with its slightly weighted bass response over the RX I preferred how it kept the treble slightly smoother and more flowing especially when using the treble filter. The RX ran a little hotter on the top end for my liking and didn’t quite have the same fullness I got in the midrange with the Picollo.

It could be argued this entire review is a statement of preference and in some ways you would be right. There are some who really loved the T10 and I can understand why but for me the T20 is a step up in terms of balance, clarity and usefulness of the filters. Each filter now has a defined effect that I find favorable and interesting whereas before the T10i treble filter was the only filter I found to have the best balance.

Audiophiles will prefer the T20 over the T10. Whilst both technically have a fun signature the T20 is the more accurate of the two with a cleaner and more extended treble performance and a more convincing vocal presence. It’s also seems to be more efficient IEM despite the specs on paper and on many occasions it outperformed the T10i on similar volume settings from both DAP and amp. 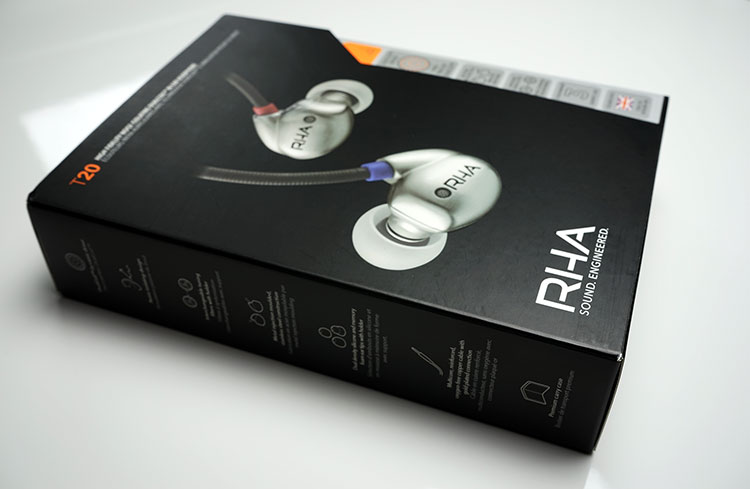 I would love to see more modular filters come out much like the Hifiman DAP amp cards. I think there is mileage in that. The U shaped (some would say even slight v shape) frequency still has some mild weakness in the lower midrange and the bass is still a prevalent factor. Throwing in some sort of filter focused on the midrange (think the presence switch on the SA-43 customs from M-Fidelity) would be very welcome indeed.

Should I retire the T10i from circulation now that the T20 is out? Most likely I will, it’s altogether the snappier and more satisfying IEM of the two.