Audio Technica have quite the habit of releasing “Limited Editions” down through the years with some hit and misses and some retaining value and others bombing. My last LTD review was the exquisite looking flagship W3000ANV in 2012. I remember at the time stating the W3000ANV had bags of emotion, a wonderful mid-range but sounding very unique indeed in the lineup of big name headphones around the same price mark. A lot of audiophiles might have bought purely on its looks, even more on the looks and the sound, but some will have seen it as a future investment given its limited edition status. As I check on the used value right now the W3000ANV is still holding its value relatively well at around $1200 or higher on some of the big forums. So whilst not the solid investment some might have hoped it still holds ‘major currency’ among devoted audiophiles on the used market.

A few rungs down though and the limited edition ethos of ATH is still being applied but this time to their mid-range headphones and in particular the ATH-A900X LTD. The LTD version was just launched this year and sells at a local SRP of Php23,999.00 (Philippines). A quick scan of the international markets and the price does vary quite a bit from region to region with Australia retailing from $349AU to $405AU, the UK at £389 and the US as low as $390 (plus taxes). Now as I checked Amazon most retailers are actually shipping direct out of Japan (Marketplace) and the price merely starts at $389 with some relatively new sellers in the Marketplace but it can shoot right up to nearly $600 not including delivery or taxes. That is quite a variation in pricing and since stocks are usually limited (hence the name right?) the likelihood of pricing becoming even more volatile in the coming months and years will only increase. My advice is if you are getting it then get it now and buy it local or buy it used before it disappears from retail altogether. You never know it could be a solid investment in years to come but if you import on a whim then replacement parts might be hard to come by later on as stocks dwindle. This limited edition version is not the exact same as the ATH-900X painted red guys so you have been warned.

Once the wallet is emptied though the ATH-A900X LTD is a familiar yet impressive looking full sized closed headphone out of the box. I say familiar because it still follows the classic Audio Technica full sized headphone form factor and design lines but with an added dash of panache in the form of cherry colored anodized aluminum ear cup plates with some gold accenting on the edge of the cups. The original A900X, though having basically the same design as the LTD edition, came in a plainer all black without the Limited Edition decal. Some will love the red, others might prefer the black. I seemed to remember having that same discussion on the MrSpeakers Alpha Dogs red or black edition a while ago with some local forum members. Opinion was, and still is, a bit divided on the preferred color. 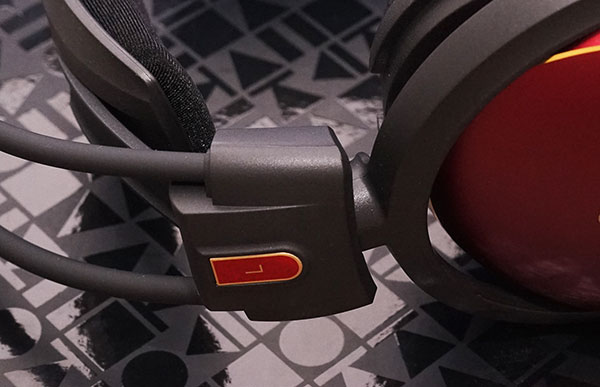 The form factor is all Audio Technica with the patented “3D wing support” headband system that they also use on their regular Air Monitor range as well as the higher end W-series models. It also sports dual entry cups with a non detachable 6N 3m cable terminated with a 3.5mm jack and a detachable quarter jack adapter. Inside the cups ATH have also reworked the voice coils in an effort to enhance the level of clarity and produce a more natural sound over the stock A900X. The plether ear pads, which are slightly stiffer than the older A900 version, remain in place making them identical to the current A900X pads. As with the W3000ANV and the stock A900X the 3D wing system of late seems to be more visual than outright functionality. The balance is there but the grip is not that tight meaning the support pressure is more on your ears and side of the head around your ears than on the top of your head.

Thankfully the A900X LTD is a not a super heavy full size closed headphone weighing in at 330g (half the weight of an LCD-XC) so the pressure on the ears was not something I would get too bothered about. It actually remained pretty steady on my head even with rapid movement. However head shapes and sizes vary so I would check this out beforehand to see if they sit well or slide too much down. Since it is the same basically in design as the A900X stock you can try that out in your local audio store before ordering a limited edition. Whatever your fitting experience is on the A900X it should be the exact same as on the limited edition version.

Isolation was darn near perfect in terms of noise kept out and noise kept in. Background noise was really negligible during audio playback and as a spectator with others trying out the A900X LTD I did not hear a single note escape from the cups. This is one of the best passive isolating headphones that I have tried to date. Wear this on a commute or in the office with confidence. You might get stared down for the “Cyberman” look but they sure as heck will not have a clue what you are listening to. 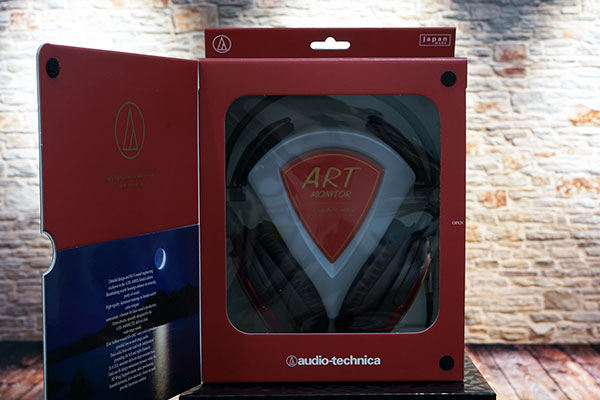 Note also the limited edition comes in a flashier matching red colored box but it is not a huge upgrade on the original A900X Art Monitor type box. It is still a cardboard box and like the ESW11LTD I would love Audio Technica to fully embrace the Limited Edition love fest and roll out a metal, wood or stiffened leather box just to make you feel your getting something a bit ‘more’ special for your money. It’s a minor quibble I guess but some do look for value-add in the packaging when it comes to limited editions.