As for the headphone itself it has its pros and cons design wise that will work for some and not for others. The smaller foldable form factor will certainly appeal to those put off by the largish BT/CL size and want something tidy to tuck away on travels. The plush stainless steel of the headband wrapped in soft leather will feel very luxuriant to the touch and catch more than a few passing eyes when on the table or coming out of the box. This is mobile eye candy at its mid-fi finest.

The headphone itself contains a 30mm dynamic driver as opposed to the CL 40mm and much like the B&W P3 it has a sort of nylon earpad that is held in place with magnets. Behind the earpad are the cable sockets where the cable can be detached without too much hassle. The pads certainly feel just a little bit softer than the firmer P3 pads with a bit more give in the center. It is possible HK learned a bit from that design by hollowing out the center to lessen any blockages to the audio quality. 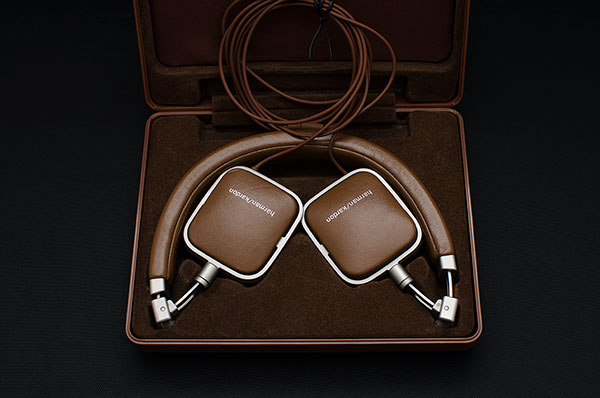 The package also comes with a choice of cables depending on your needs. The first being the usual iGadget/Android mic and remote cable (Soho-I) and the second, and my usual preferred choice, a straight regular cable (Soho-A). These are both pretty thin but unlikely to break unless you have some major abuse on them. Swapping them in and out of the cup enclosure is simple enough and both are terminated with a 3.5mm jack without any additional quarter jack clearly marking them as partners for DAP’s and other mobile audio devices. 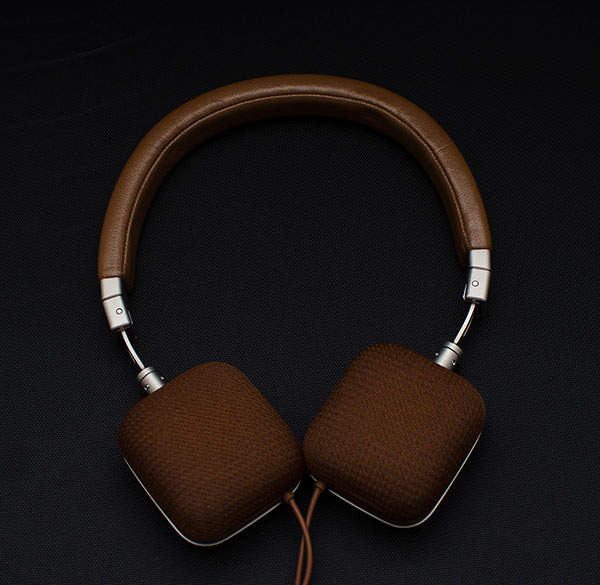 The problems start though when this delectable piece of kit actually goes on your head. The shape of the headband curves in much too sharply for me with an uneven pressure actually just above your ear exacerbated by a very obvious central pressure point on the top part of the headband. It is not all that comfortable, though not painful but not natural. The slightly aggressive shaping also precludes the pads from getting any sense of a good seal (remember this is a closed can) on the ear and given that this is a much smaller 30mm, the seal is going to count for a lot in the final audio quality.

It also means there is a ton of leakage in and out of the Soho making it less than ideal for on the go listening and more on par with say the P3 and Tracks from Aiaiai (though the Tracks is much cheaper). Perhaps the challenge here was to equal the P3 but in doing so it inherits the same problems and since this is about a year after the P3 I am not entirely sure why this is considered ok. Maybe my ears are too big? In any event consider the Soho an office buddy of sorts rather than a passive isolator par excellence.