The Classic has already proven to be a veritable choice in the $200 range, so how does the Bass version with its extra bass perform? 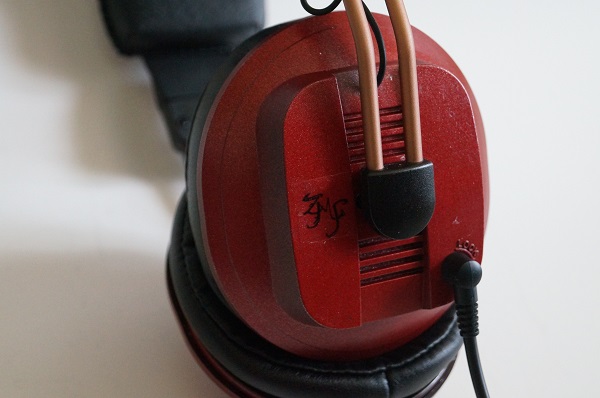 Well first off, while the Bass is tuned to have more bass (naturally), Mr. Mehrbach is a reasonable man. He is not crazy enough to turn the Bass into a bass monster and destroy the beauty of the Classic. No, the Bass is more like a gentle boost in all the lower frequencies, thus creating an even warmer sound. I actually quite like the additional bass. I didn’t think the Classic needed more bass, but making it sound warmer would make it nicer for when I’m trying to relax and get lost in the music, as it’s a compulsion to try to dissect music when I use a headphone with a forward midrange (blame my Beyerdynamic DT48 for that).

Due to the boost in the bass, it’s ever-so-slightly less controlled than the Classic, but never approaches the dreaded “one note” type of bass so common in poorly executed bass boosts. Zach knows what he’s doing. I used the same two albums for reviewing both the Classic and the Bass, and in Black Prairie’s A Tear in the Eye, there’s a song titles Taraf with a rather fast upright bass solo. I was concerned the bass would be a bit muddled in the mix, but the Bass handled it with aplomb, complete with most of the impact I’d feel if I was standing in front of an upright bass. The Bass also handles bassy electronic music even better than the Classic as it can reach even lower than the Classic. Sub bass is wonderfully rumbly while still remaining controlled. It’d take significantly more money to find a headphone with bass a whole step beyond the Bass.

One of the sad truths of headphone modding is that to increase one particular aspect of sound, another usually has to decrease. The midrange happens to be affected in this case, but I somehow like it more than the Classic’s midrange. While it’s not as forward, it actually sounds more natural than the Classic’s midrange for that exact reason. Without the upper mids brightening up the sound, wood instruments sound even more breathtaking. The echo that I heard in the Classic is not as prominent in the Bass. While vocals, especially female vocals, are less in your face and intimate, it sounds more realistic. And with the added warmth, they sound beautifully smoky. I basically complied with the title of Norah Jones’ Come Away With Me and spent 45 minutes just getting lost in the music. While I miss the forwardness of the Classic’s midrange, it’s easier to just listen with the Bass. And isn’t that the point of the hobby?

The treble is a little bit further mellowed with the Bass, but it only adds to the smokiness of their sound. It extends slightly less than the Classic, but oddly enough, I enjoyed it more with classical music. The more subdued treble makes the sound a little less accurate (cymbals didn’t have the same bite the Classic has) but my goodness, the character it gives to wooden instruments more than makes up for it.

Soundstage, I feel, is a bit smaller than the Classic due to its warmer and more intimate sound, but positioning doesn’t suffer all that much, thankfully. Overall, it’s still significantly smaller than the AKG K550’s soundstage, but bigger than a lot of closed headphones’ soundstages.