Goodness Scandinavia is becoming a hotbed for all things headphones of late and no sooner have Urbanears come to their senses and served up the superior Zinken and having Aiaiai, Jays and few others throw in some great stylish consumer gear we now have a new name, Nocs of Sweden, serving up a whole new range of interesting head gear. I say interesting because for some reason they remind me of some competing companies out there in terms of tone and style yet for the life of me I cannot find any parent company much like Zound for Urbanears and Marshall etc. dictating things. They do have a touch of Jay’s in their design ethics, maybe its just a Scandinavian thing. Certainly when asked by Digital Walker to try our their new headphone, the NS700 Phaser, I immediately jumped up and shouted “Platten, Platten!! No way!” but then after settling down and having a close look I thought well ok lets keep an open mind.

Now to say I am not a fan of the Platten is an understatement. The Zinken is the pick of the Urbanear range for how it should be done properly but the Platten has become something like a poster child for all that is supposedly wrong with budget consumer headphones in the minds of some audiophiles. So you have to wonder when Nocs pick a Platten type design for their NS700 Phaser headphone you think they just might be tempting fate a bit in terms of how they want people to view the performance of such a design before putting it on their heads. And yes it happened to me also but I tell you this, they would be wholly wrong for thinking that because the NS700 Phaser is a far superior headphone to the Platten sonically and physically. Perhaps my expectation was so low that it was always going to sound better than what I thought it would be but in all honestly the NS700 Phaser is an endearing little on-ear closed and portable headphone for the price. I read somewhere it came out initially at $99 but settled somewhere at $70 and with a local price of Php3,990 it feel fair though it does face some stiff competition from the likes of the Superlux range and the Aiaiai Capital and Tracks and of course Jays. 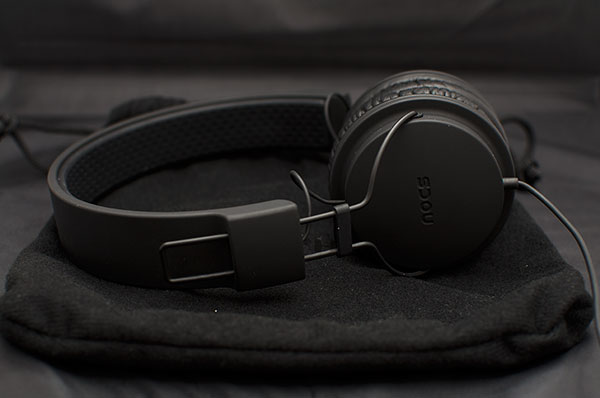 So whats new and whats familiar? The box and package is ok actually with a standard modern clean lines square box and the headphone sitting right in the middle in a soft cloth pouch. Pretty much standard fare and nothing new to be honest. Out comes the cans and then the Urbanears similarity is in full throttle with that minimalist all black design and flexible small radius on-ear cups and pleather. On closer inspection and handling the NS700 though it is pretty clear the materials are of a slightly higher standard than the more generic headphone releases that it looks like with a headband and cup finish of TR90 Nylon from Dupont and Kevlar reinforced cables coming out of the right sided cup. Yup you heard that right, a right sided single entry headphone. That is kind of unusual since most are terminated on the left and my whole system sits on the left side to me but oh well not a deal breaker just unusual. Though lightweight the whole headphone feels pretty robust with few moving parts actually and given its portable status I suspect it can take plenty of knocks before it conks out. 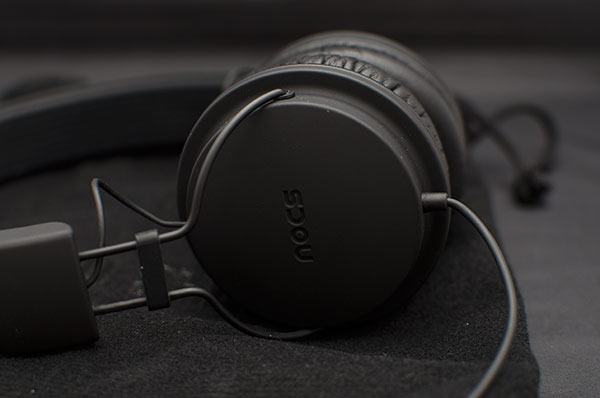 Fit and comfort wise it is a light but steady pressure on-ear closed headphone so isolation is about average for this type of headphone. Comfort is reasonable also and pressure fairly well distributed and a medium weighted clamping pressure. Cup adjustment is pretty flexible so large and small heads wont have an issue with the N700 placement once you find that sweet spot.