MP4Nation’s Brainwavz brand showed up to the headphone scene with their Alpha and Beta IEMs, which, at the time, were a screaming deal in a world (2008) there were very few options for IEMs other than the JVC Marshmallows, Skullcandies, and Soundmagic PL30. Fast forward just a few years, and they’re rebranding great over ear headphones like their HM5. Now, they’re trying their hand at breaking into the consumer-friendly headphone scene with the new HM9. 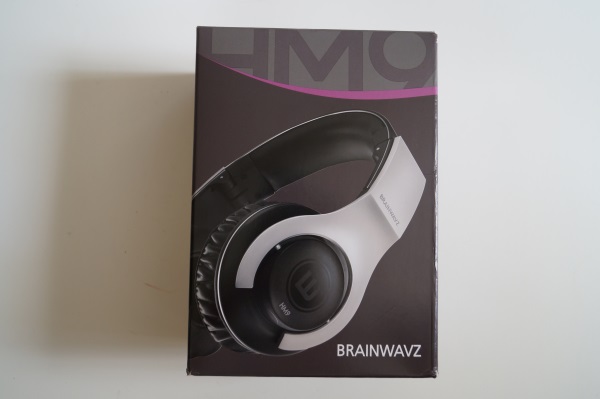 The HM9’s box is rather attractive, but standard fare: cardboard, a pretty picture of the headphones, and specifications. Inside is just a rather large ballistic nylon case housing the headphones. I’m rather impressed MP4Nation included such a nice case for their mid-priced headphones, but it initially worried me, thinking MP4Nation distracted me with nice packaging to make up for sub-par performance on the headphone’s part (spoiler alert, it’s not). Inside the case is three (!?) different cables—one mic’d, one meter-long flat cable, and one three meter-long flat cable. 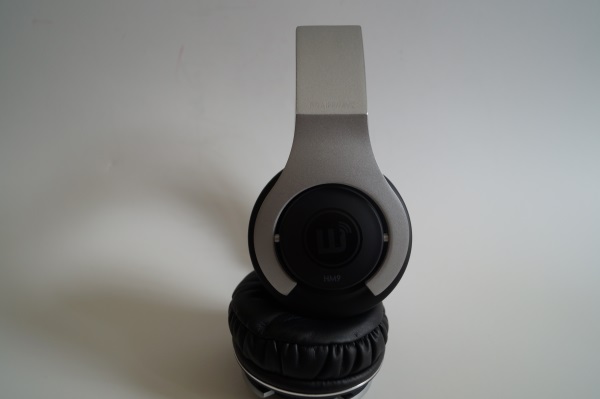 The headphones themselves are a bit of a conundrum to me. I adore the use of aluminum for the headphone’s gimbals because they make them feel just that little bit better built, and they provide a nice color contrast with the rest of the headphone’s matte black without being overly gaudy. The headband is also reinforced with a steel inner band to prevent any snapping. The headband is sufficiently padded, allowing for hours of comfort. The earpads are quite like old Sony XB series’, which means that they’re not only puffy, they’re supremely comfortable. (While I’m on the topic of the XB series, the gimbals are also quite like the XB series.) But sadly, they press on the outer edges of my ears so they start getting annoying after a few hours because the both get work and start make my ears ache. If I have any niggles about the build, I really wish the cups weren’t as floppy. There’s no reason to believe they’d break, but just a little tightness would have made the HM9 feel like the premium product it’s trying to be.

Oh, there’s one more detail about the HM9 that I just love, and it’s this: 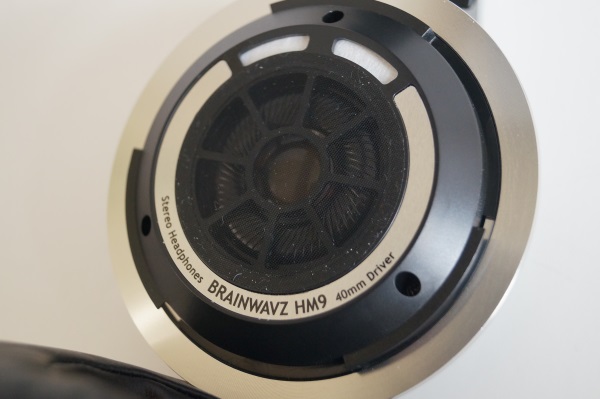 I don’t know why, but I think that fact that they bothered to put any little details in a sub-$150 headphone is just really cool.

The clamp is a bit loose; they stay then I tilt my head downwards, but I wouldn’t head bang with them on. They clamp well enough to not worry about the while walking though, which is good because they make quite good commuting headphones. Their thick, seal-y pads allow for a good amount of isolation.

And for a size comparison: 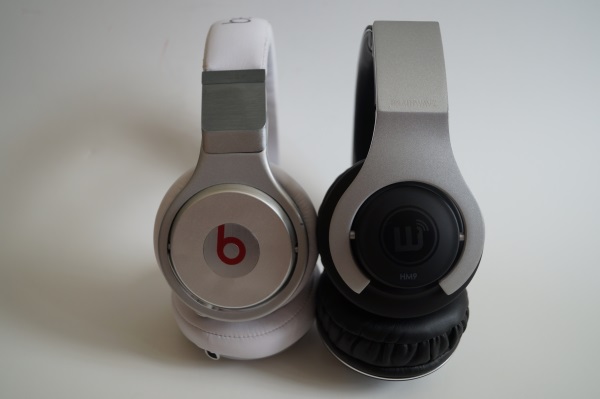 They’re a bit on the large side, but they’re still quite portable.

Next page for sound impressions…..