Hifiman have come a long way from their initial foray into headphones. The initial HE-5 wood edition is still one heck of a glamorous looking headphone but sound quality wise it is quite far off now from where Dr. Fang is going with his range. It is perhaps intriguing that the HE6 is still the flagship since the HE500 seems to have stolen its glory with it’s easier to drive Orthodynamic setup making it almost portable in certain cases and having a much warmer and less fatiguing SQ. The HE4 also gave Hifiman a foothold in mid-fi territory and a more musical mild v-cruve presentation and some of the weight shaved off at sub $500.

However it is the arrival of the HE300 which to me is the most significant move since the launch of the HE500. Significant for a few reasons, the most important of which is the switch from orthodynamic to dynamic driver technology and the second is the all important price point entry – a mere $300. With this setup the HE300 is now firmly encamped in mid-fi and a huge gateway of potential buyers who normally would be thinking Sennheiser HD600 / 650 or one of the Grado Prestige series headphones. My overriding impression since testing these is that the HE300 does indeed sit somewhere in-between these ranges and is very worthy competitor albeit in a very competitive category. 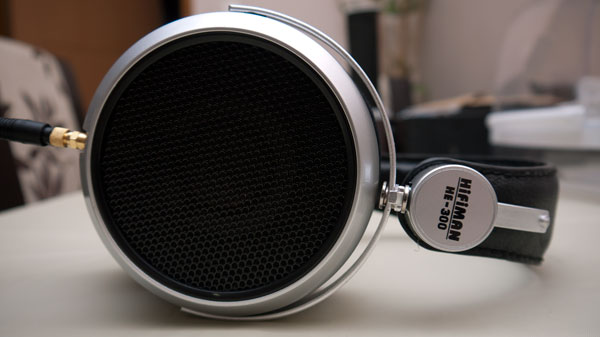 HE 300 striking in silver and black

The first thing you will notice with the HE300 is the color. Previous models have all adopted the black piano toughened plastic route over the last year which are smart and stylish but perhaps lacking in individualism since they all share the same housing. The HE5-LE, 500, 4 and 6 all share the same housing, color and design. The HE300 on the other hand, although sharing the same housing, comes in a striking silver colored cup and contrasting black leather strap design which marks it out clearly as being different from the rest. It is not hard to conclude that moving from orthodynamic to dynamic for Hifiman had to entail something that would mark this decision out and the color is the clearest example of this thinking.

The packaging itself is normal fare from Hifiman, similar to the HE5-LE more than the HE6 with a nice satin inlay. I see no reason to change this up though I did find the outer cover to flak slightly at the hinges so do take care of your box if you want it to be your display piece.

Since it is essentially the same design it does still have the same screw connectors at the base of the cups. I am never in favor of these terminations and if you check back to my previous reviews of the HE6 you will note I have mentioned these before. They are awkward and cause problems with the cabling being twisted if you don’t have a handy set of pliers to get it nicely tightened. 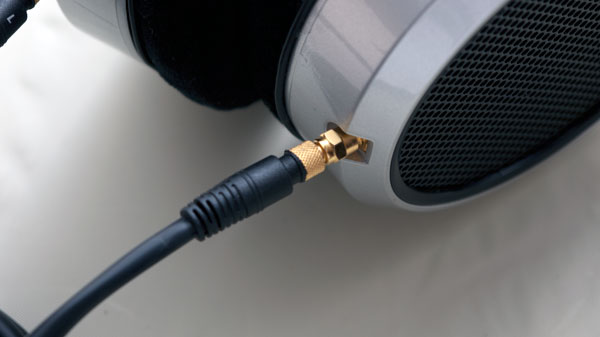 They are perhaps too recessed to be a simple twist and lock affair. I would suggested moving to mini xlr if possible for then next generation or screw and lock 3.5mm type connections to keep it simple. For the Orthos this has been a minor irritation but a little more so with the HE30o due to the heavy as hell Canare speaker cable that is the stock cable for the HE300. On reflection this cable sounds great but it unbalances the already very light HE300 with the heavy long cable. I think a more nimble and lighter cable would suit this better. I can fault its performance just the physical aspect. It does make the socket connection challenging without the cables twisting heavily and giving that Grado type ripple effect on the wires.

Interestingly the cable is terminated in a 3.5mm and not 1/4 which is a nod in my mind to the portability or easy to drive nature of the headphones. Hifiman are tempting you to try this straight out of your DAP jack such is their confidence in how easy this is to drive compared to previous offerings. So I did just that and the results were very impressive indeed:

Using flac and 320k testing right out of the jack I managed to get pretty good strength at the following volumes for a few of my resident DAP’s:

This is not to say however the HE300 would not benefit from a headphone amp and in some ways they certainly do but they do power pretty well without. A small portable headphone amp such as a Ibasso D Zero or a T series amp will be more than enough. The rest is just down to tonal matching.

For those used to the top down engineering approach of the previous incarnations of the HE series may of got a slight hint of the HE300 sq when Hifiman released the HE500. The HE300 certainly shares a lot of similar qualities to the HE500 sq with its warm tones and mid-centric delivery. The nearest price wise to the HE300, the HE4 took a mild v-shaped curve signature that gave a very musical quality but underplayed the mids somewhat, the HE300 on the other hand takes this musicality one step further and really focuses on the mids.

After about 40 to 50 hours burn in time (remember now we are dynamic so plenty of burn in!) the HE300 does indeed come across as very musical. This is bottom up SQ with nice bass impact that is agile, fast and not to much boom and a more aggressive but warm mid-range that is pushed slightly forward. The tonality is full bodied and smooth up to that point. The highs are good but slightly rolled off giving the sound a less fatiguing feel and a more smooth delivery than previous Hifiman headphone offerings. As with each incarnation the bass tweaking seems to be getting more and more focused, perhaps responding to feedback with each iteration. It certainly is more prominent and at this price entry point I suspect this will be a good thing for those who want something with bite over monitoring type headphones.

The sound stage on this is good if not AKG K series good. The bass being centered more in the mid to upper bass does add to a perception of increased soundstage around the mids though technically some vocals can get a bit lost as a result. Jet Trail’s Dark Night off the Edge of Existence Album is a great example of the pros and con’s of the HE300. The guitar chugging is just wonderful toe tapping stuff but the vocals are fighting a little for air once the whole thing kicks off. 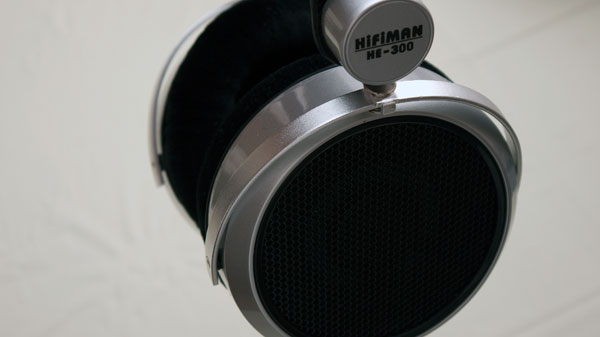 How does it fare to the competition? Well first question is who is the competition? I suspect you are really looking at Sennheiser HD600 and maybe the HD650 and the Grado upper end of the Prestige series. The HE300 takes a middle path of sorts in many ways. The sound is more full bodied than the Grado SR325i but still had that mid-centric approach. It is not as aggressive as the Grado sound though and loses out in the highs to Grado in terms of clarity. The lack of Grado splash in the highs though makes the slightly more laid back HE300 much easier on the ear for some music and will invariably allow longer listening periods. 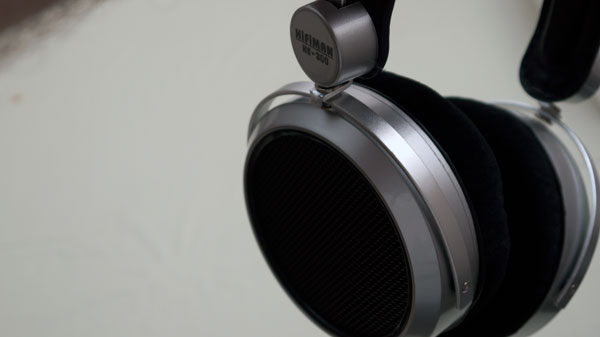 A Sennheiser and Grado beater?

Local forum members who have tested have also commented that it has more in common with the Sennheiser HD600 than say the HD650 though with a less veiled and more nimble bass (admittedly though not as as extended as the HD650). I would be very interested to see how the new pad system does affect the SQ though with the current velour pads now likely to be phased out in favor of the new pad locking system.

The HE300 is an excellent addition to the Hifiman range and I hope they continue to tweak their dynamic range at this level so I don’t have to empty the bank account for HE500 type prices. The higher efficiency rating and lighter physical build makes this an ‘almost mobile’ headphone that works comfortably without any serious amping.

The rich and warm sound signature lacks any harsh highs and generally allows a non fatiguing listening experience. Future editions should ideally carry a lighter cable and perhaps look at the cup terminal connections but those with a few extra bucks I would recommend to order the HE6 cables for an easy upgrade and a lighter setup.

This is a rocking out headphone with a stylish physical make-over and great musical quality. Don’t buy it for monitoring and don’t expect it to convey the nuances of a Beethoven concerto – buy this headphone for fun! 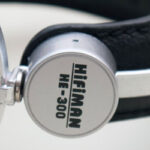 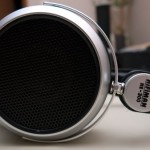 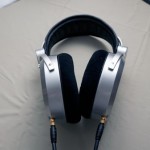 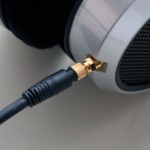 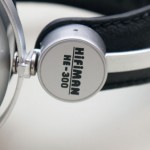 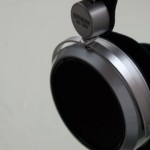 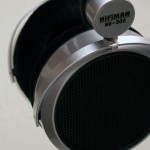