In terms of mobile gaming, Android now hosts a good number of time-killers for one to enjoy. Platformers, first-person shooters, tower defense games, classic arcade titles – even console ROMs – are available for Google’s operating system. Combined with the power of Nvidia Tegra 2, the ASUS Transformer performs admirably in some of these topnotch games. For 2D games, top picks include Robotek HD (and most of Hexage’s games) for its vibrant colors and unified cartoony look, Angry Birds and its derivatives for over-the-top physics fun, and Plants vs. Zombies for the unique defense gameplay. Also available are some Flash-based games courtesy of Kongregate, Age of Zombies, Slice It!, Burn the Rope, NinJump and the awesomely weird Robot Unicorn Attack. You know you want it. 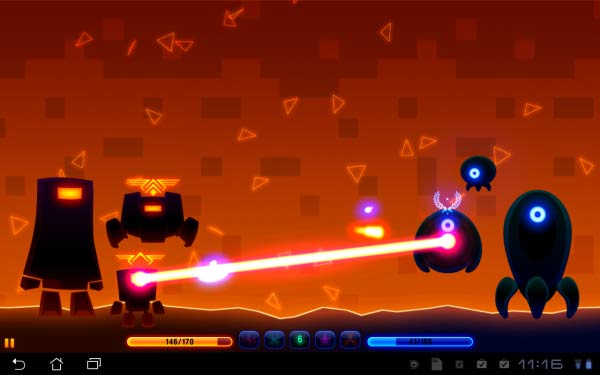 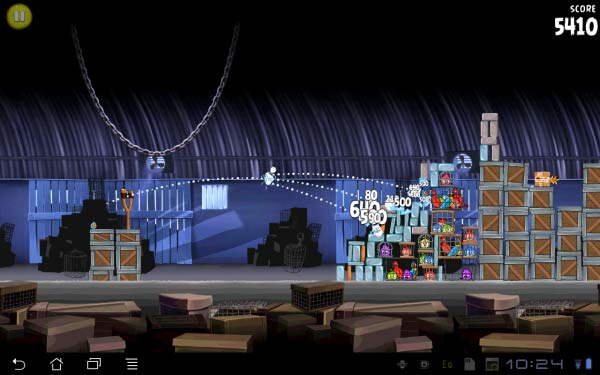 Angry Birds is still a staple game for any and all mobile devices. 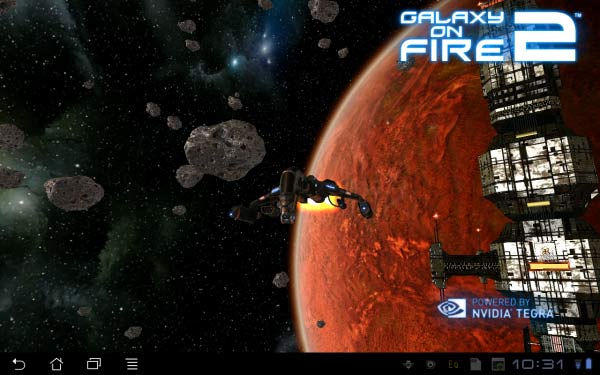 Of course, the 3D games easily steal the show. A prime example would be Galaxy on Fire 2 THD – a graphical powerhouse which makes full use of the Tegra 2 GPU, with open-world space gameplay that evokes the feel and scale of EVE Online and Homeworld. Gun Bros and Guerilla Bob are action packed top-down shooters that boast a rank-up promotion system and unique art styles, while Dungeon Defenders is a free Tegra 2-optimized RPG with extensive gameplay elements such as casting of spells, using items, and more. Gameloft’s impressive lineup of games such as N.O.V.A. HD and Modern Combat is also making its way in Android, which is an incredible step for the OS in terms of game library. Others of note include Need for Speed: Shift and Asphalt 6 for racers, and Fruit Ninja HD with improved graphics for dual-core devices.

Unfortunately though, comparing the game library of Android to iOS would inevitably result in Android losing to the sheer quantity and quality of games present in Apple’s platform. However, I expect more and more developers – both indie and AAA companies – will see Android as a viable platform for game development as time goes by. The recent influx of dual-core powered phones and tablets should see to it that hardware requirements are no longer an issue, and the growing popularity of Google’s operating system will make it very enticing for devs to expand their market.

Click on page 8 to read about web & leisure & productivity