Last year when Beyerdynamic went all Tesla on us we were awash with amazing headphones such as the T1, T5P and now they are pushing that even further with the T70 and T70P recently announced. However the one area that didn’t hit the target was the portable headphone release with the Tesla driven T50P.

The T50P has a ton of mixed reviews in headphone forums around the world and indeed from first hand experience there were some physical build challenges to overcome with the headband clamping being a tad loose and a rigid leather ear pad that led to problems with isolation and indirectly with bass quantity.

That being said the T50P has plenty of plus points with the superb Tesla driver giving gorgeous highs and was one of my favored set of headphones with a nice warm tone. I also had the unique pleasure of a great Beyer service out of Singapore who very kindly reworked the clamping on my T50p to give better isolation.

With the DT1350 it really does look like the whole clamping and isolation issue had been taken on board and in doing so it’s their boldest statement yet that they are taking on Sennheiser’s venerable HD25-1 II at their own game. Beyer have nailed their colors to the mast with this one.

The DT1350 does not come cheap, it is $100 more than the HD25-1 II but it does in my opinion have a classier finish than the HD25 – 1 II and does look like some slightly more expensive materials have been used. The HD25 has been on the go for ages now so I would expect any new competitor in the market now to have to raise the bar if they are too compete. 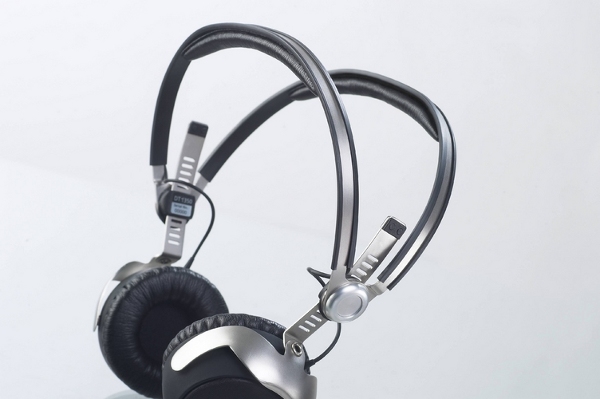 Beyer have gone for the dual adjusting headband frame favored by the HD25 and it really does work very well without adding any undue pressure on your head. It certainly is a looker and for those who tested it with me did note that the fit was excellent and the isolation, though being passive, was much improved on the T50P. The headband connection to the cups has also been strengthened and as in the T50P you can lie these flat which is great for those who want to walk around with them round their neck and of course they pack away nicely also with the cups flattened. 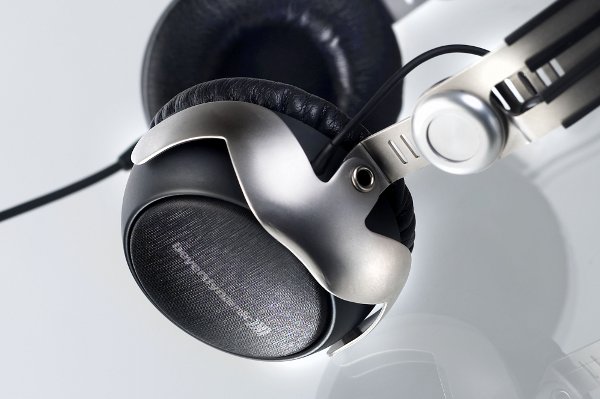 I do wish they had stayed with the all aluminum brushed metal affect as in the T50P but of course this might be confusing so instead we have a mixture of black on the band padding and rubber wiring enclosure and the cups. It is still pretty striking but I am a monotone kind of guy and do like my color coordination to be minimalist to be honest. Its not a deal breaker though and I think a few will like the new more striking design.

The last key change in the DT1350 is the wiring. This is single sided now as opposed to dual entry and this much better for comfort and usability. It is also a direct shout out to the DJ and monitoring community which often votes for single sided cable entry setups for ease of moving around.

So does it put the T50P raging debate to bed? In terms of physical build I would say 100% yes. The fit is excellent and no signs of this falling off my head. A few pogo jumps even confirmed that! The higher stiffer ear pads have been replaced by softer flatter pads of similar size that do adjust better to the contours of your ear and as a result the isolation has improved.

In terms of sound I am not so sure it has answered the relevant questions but rather moved the debate onto somewhere else altogether. In short it just sounds different to the T50p. Not worse, not better – but different.

To quote Beyer on this:

From the technical side the driver of the DT 1350 headphones has been re-engineered for higher maximum sound level (129 dB). The sound has been especially adjusted for professional use; natural and balanced sound, while the T 50 p has a little enhancement in bass and treble.

So yes this is confirmed, we are not talking about the same drivers here. It seems Beyer have tried to go for a smoother delivery through the spectrum. Now for me I am not sure the T50P has enhancement in the bass department, certainly the treble was divine. The fact it can be driven harder is a plus and one suspects this is again a deliberate ploy to have the headphone pitched into noisy club arenas where DJ’s have to turn that dial up a touch.

We had the opportunity to get this unit tested at Inner Fidelity for the FC and boy did it throw up some really interesting results on paper. The overall summary was one of admiration for square wave responses (almost dang perfect and better than the T1) and a much improved neutral FR over the T50P. This certainly on paper indicates the DT1350 should have a good transient response which means the headphone sounds “quick” (can react to changes of sound frequency and amplitude faster) and more accurate – something I suspect they wanted to ensure for their target audience.

When putting these through their paces I do agree the sound is more neutral, fast and does retain plenty of that wonderful Tesla detail. There is no sibilance to speak off and everything sounds much meatier from bottom to top than the T50P – one would say a much more aggressive sound signature than the meeker T50P and less suck out on the mids (less but with a slight exception as explained later).

The bass is still slightly anemic and don’t expect this to be a mini ATH-M50, but it is more substantial than before and I don’t find myself compressing the cups by hand to check if I could have had more bass which is a good sign. It is extended and well defined though lacking in deeper slam. The reach is satisfying though and more noticeable than the T50P of old. The pads and clamping certainly help in that respect. The FR chart with the left to right flat line and gradual slope downwards has been a vote winner for those treble sensitive ear buying public and in my own time with them I certainly do find the response to be easy on the ear.

Compared with the likes of the ESW9 though I don’t find these quite as musical, in fact they sound very dry indeed, less liquid though not bright in any sense. It is a very balanced headphone overall but I do detect a little suck out again at the upper mids but not as problematic as the T50P which was accused of being disjointed somewhat. Some others rage that its a huge hole but I don’t believe this at all. For the average listener this should not really distract. For me the dry aural taste is the salient drawback since I do prefer a slightly more organic and liquid sound.

Though not a perfect 10, the DT1350 do sign off on a lot of issues with the previous T50P physical and sound quality, particularly in the clamping, pads and smoother FR. It is more aggressive and forward and still retains that bigger than average sound stage of the T50P. The dry SQ though can at times sound slightly unnatural and there is a hint of suck out at the upper mids that give some areas a dark tone. The highs are not peaky and very smoothly done with some treble roll off which will suit those with sensitive ears. Extended play without fatigue is a definite possibility though and overall I find these to be an enjoyable though not perfect set of headphones.